James King (*1942 Larne, Co. Antrim) has lived in Derry for forty years. Since retiring as a lecturer in Drama at the University of Ulster in 2004, King has continued to develop his career as a performance artist and sound poet, maintaining his work with vulnerable groups in the community. He has practiced performance art in a variety of genres for over forty-five years and has taught in community drama for thirty years. Over the last fifteen years, King has expanded his performance practice; ranging from short, open word play entertainments to extensive events. More recently, he has also incorporated sound poetry and vocal improvisation into his performances. Much of King’s work is organic, spontaneous and site-specific. In his performances, King questions how he is situated in the world and expresses this. His respect for intuitive spontaneity is an invitation to others to question, challenge and contribute freely.

In 2016, King organized the Cumulator project in collaboration with Bbeyond, involving participants from several countries and taking place in outdoor venues, studios and galleries in Ireland, England, Belgium and Germany. He himself was invited to Bergen in 2010, the Spanish Bel-Mad exchange in 2013 and the German-Belgian Bel-Esse exchange in 2014, as well as AcciónMad Madrid in 2016. In August 2020, he took part in the Wild Swans Festival in Fanad, Donegal. Consistently, King gets involved on the streets and in public spaces, including with Derry-based BBDB (Beebeedeebee). BBDB perform weekly in Derry, usually in Society Street.

With Peter O’Doherty, King has formed a mutually enriching working relationship that focuses on text-based and vocal explorations. From intuitive, abstract sounds, he finds phonemes, syllables and words that are reconstructed into performance poems. Most recently, King and poet Ann McKay published the artist book “Parley Palaver. Distillations and Reasonings”. The form of the “distillation” goes back to James King’s own practice: “A Distillation is a poetic form I devised, as of particular relevance to public performance. Each Distillation usually beings with a short quotation from a text (…). The first stage of the process is to write a phonetic version of the quotation i.e. break each word into syllables and phonemes, representing sounds independent of meaning.” Other publications include “Furrowed Lives”, a book of poetry with drawings by David Hegarty, and “Moving Pitches”, which chronicles their collaborative street art performance practice with Eamonn O’Donnell between 1988 and 2007. 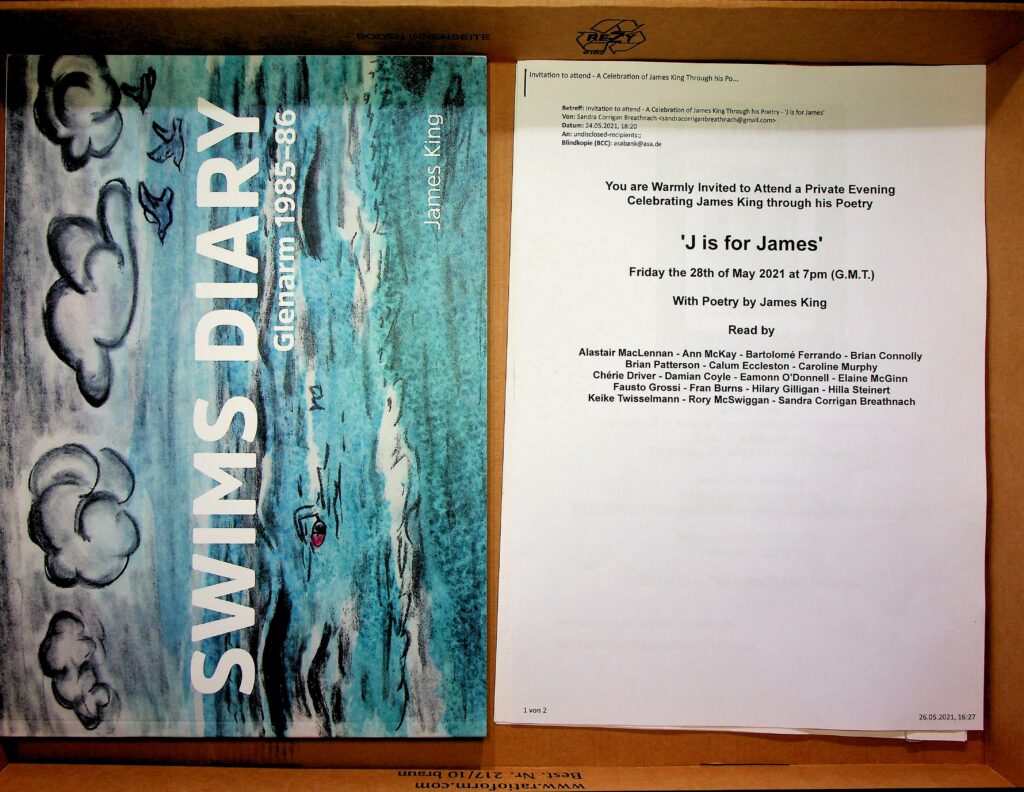 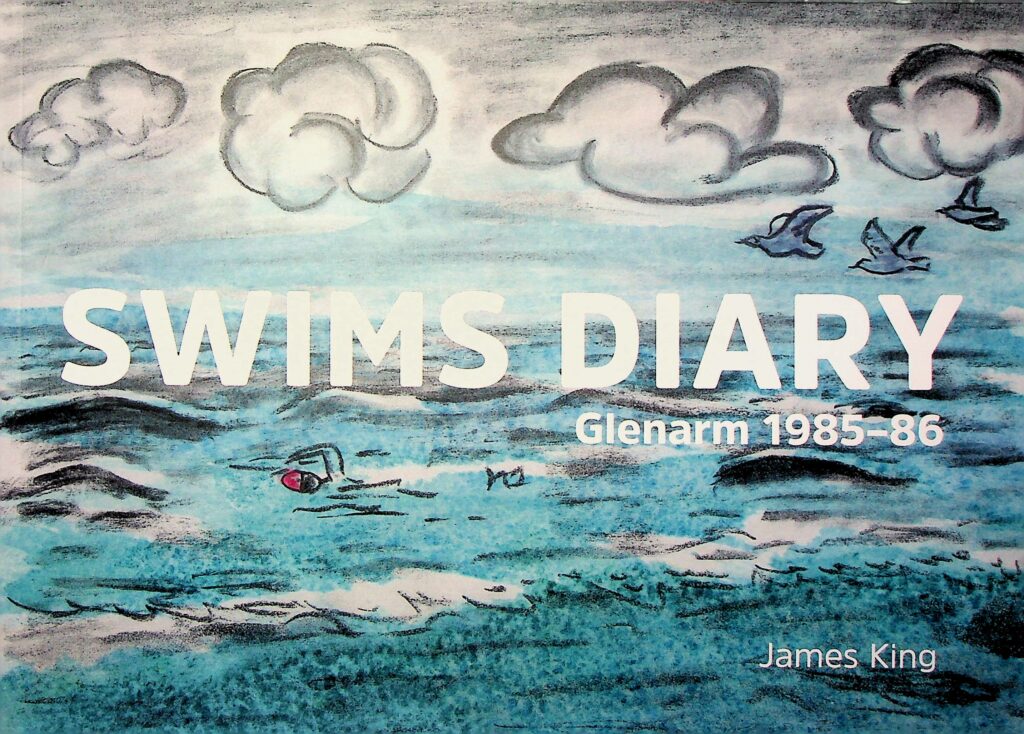 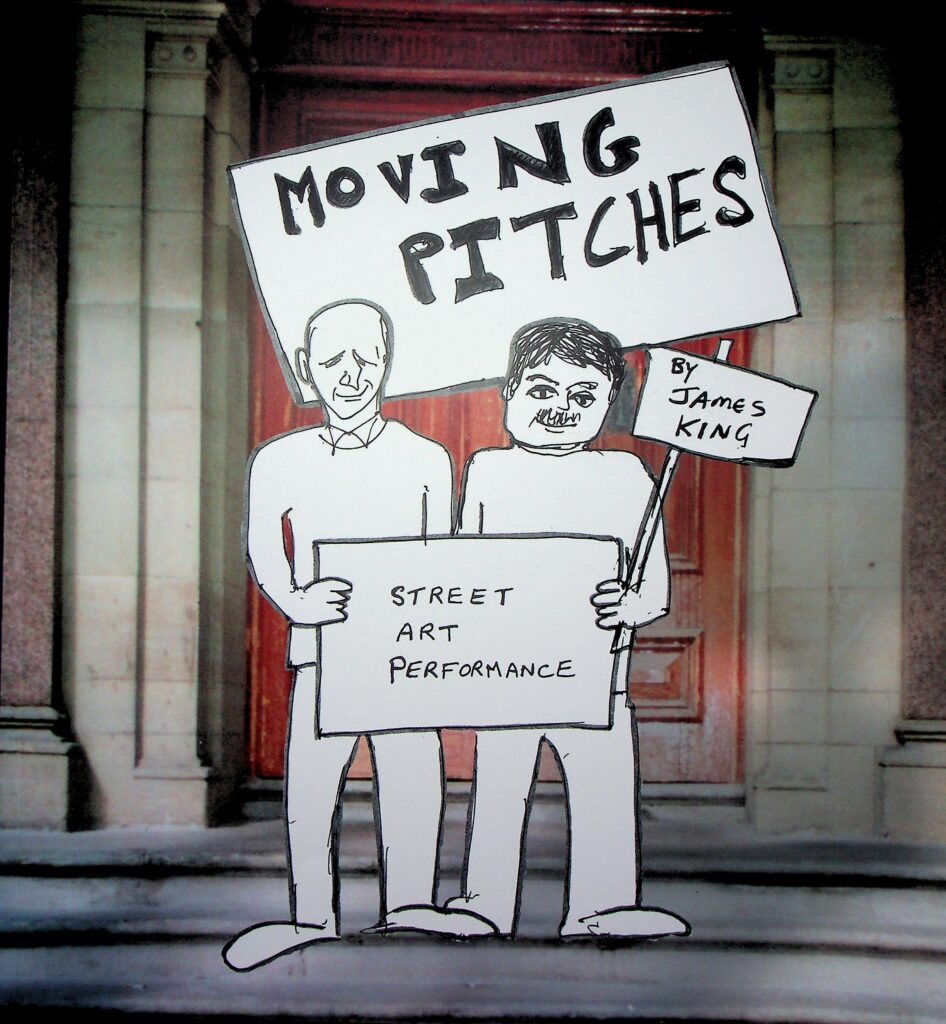 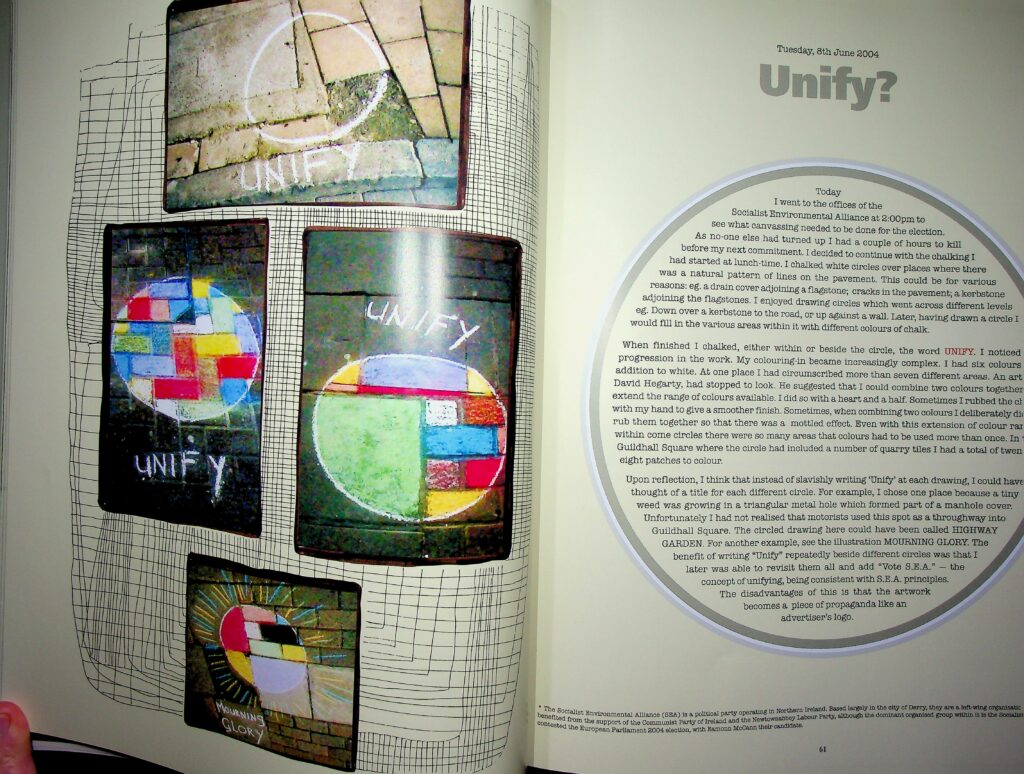 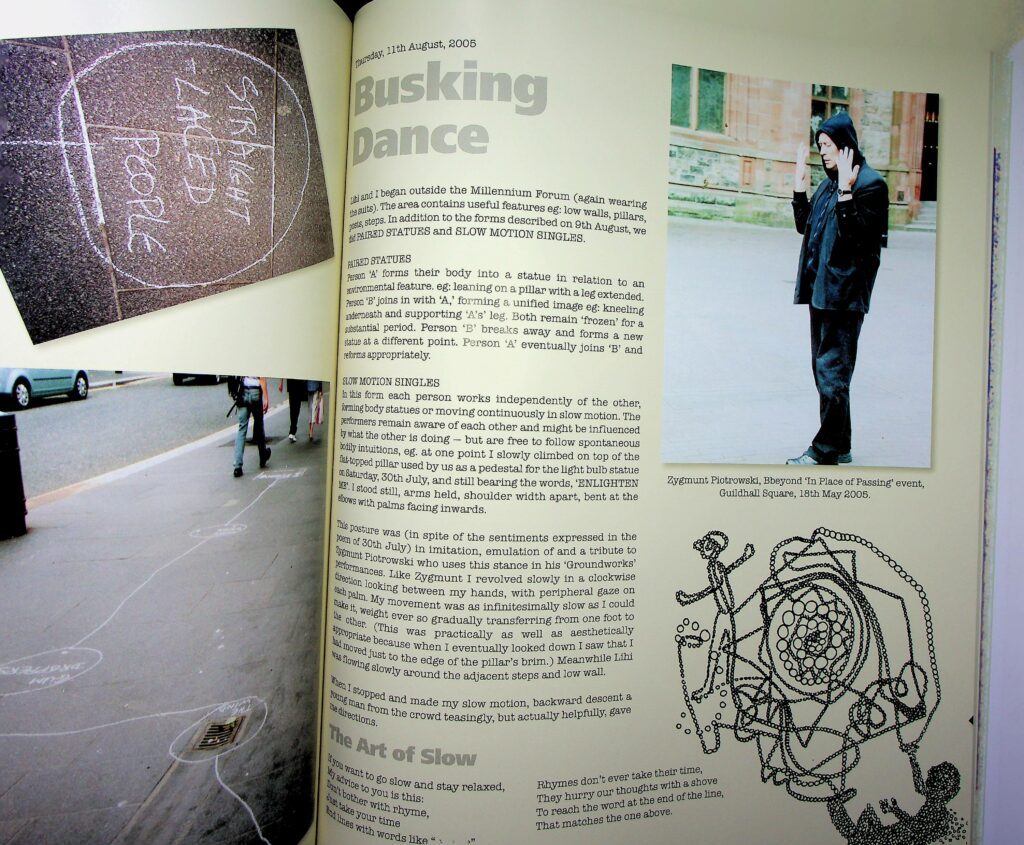 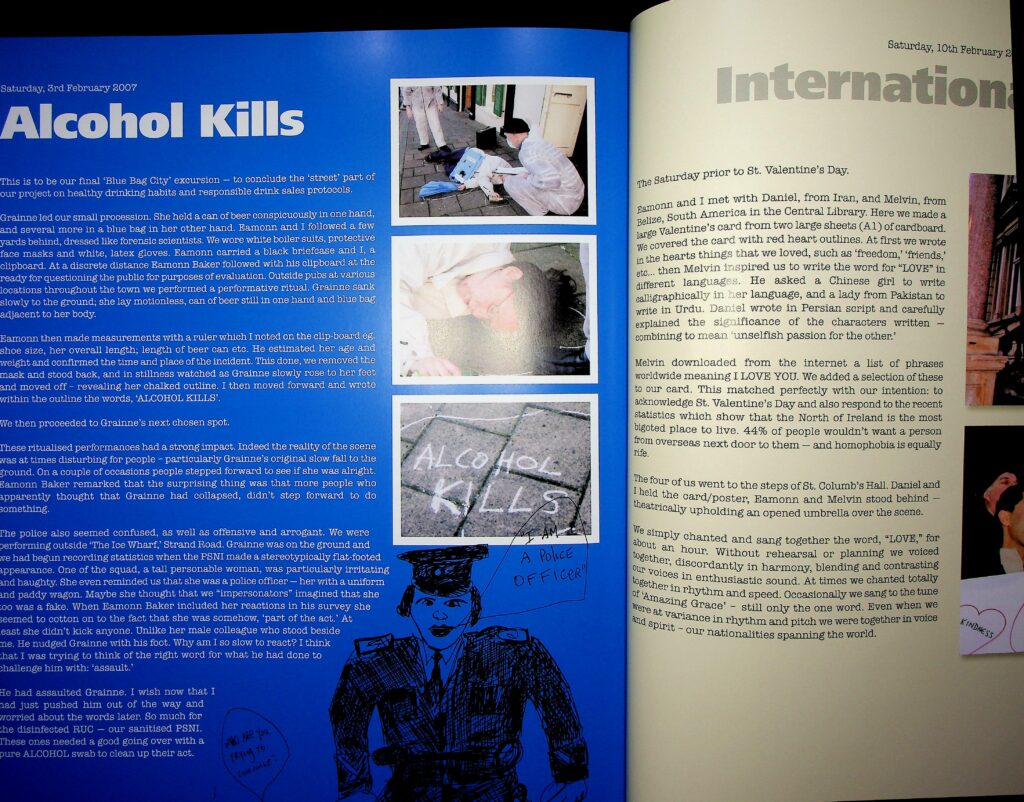 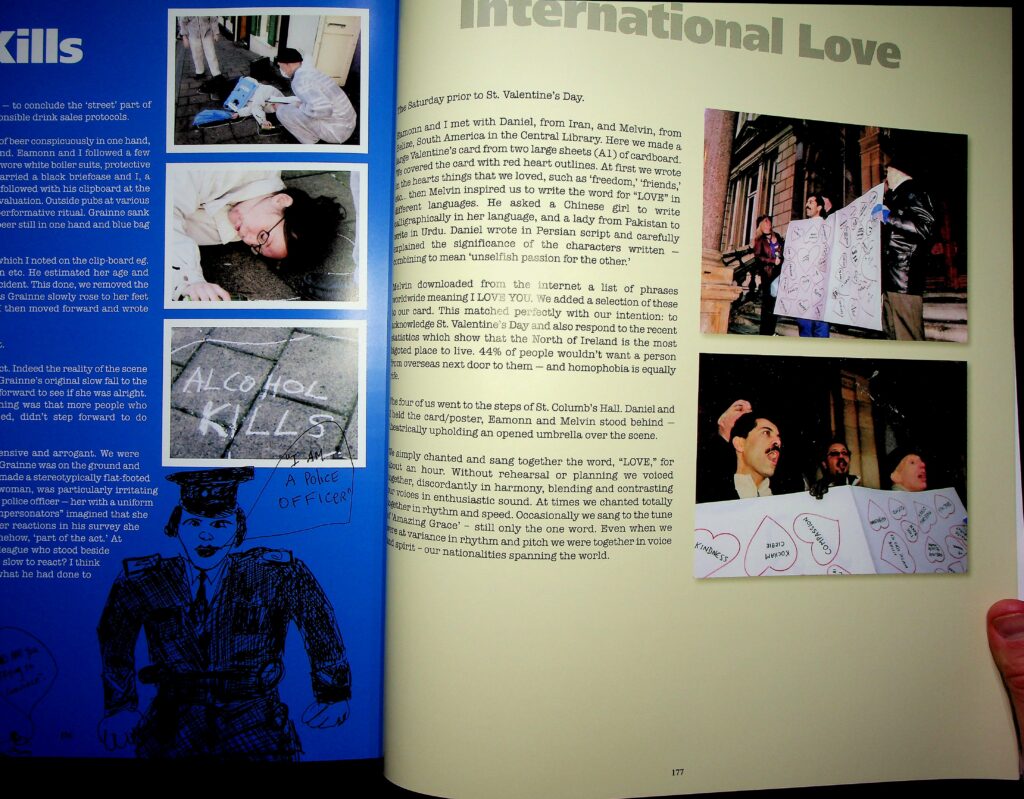 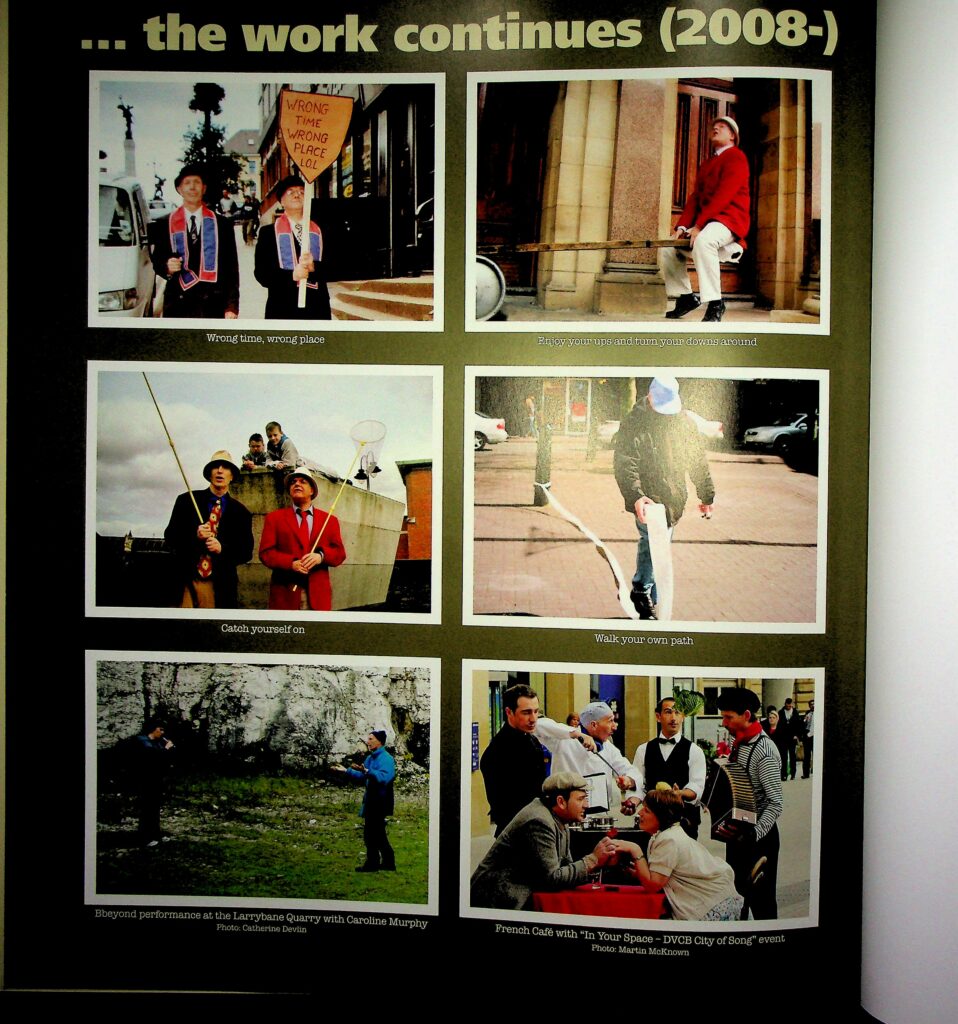 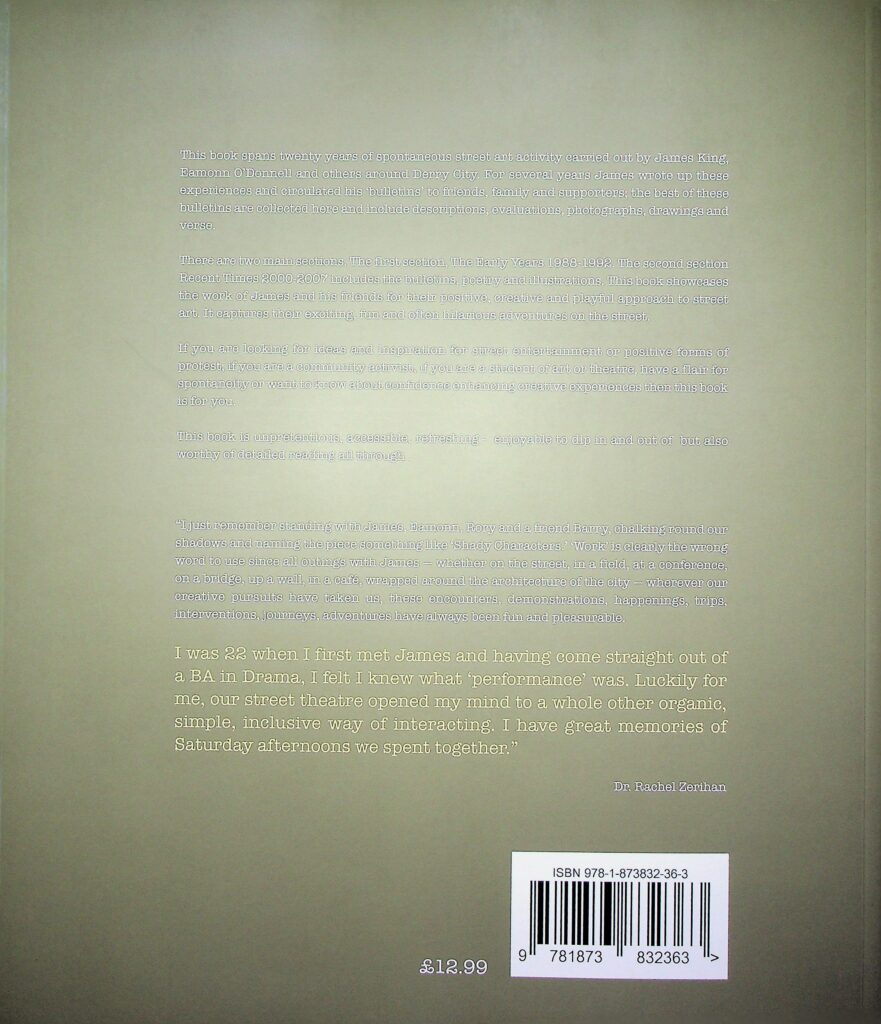 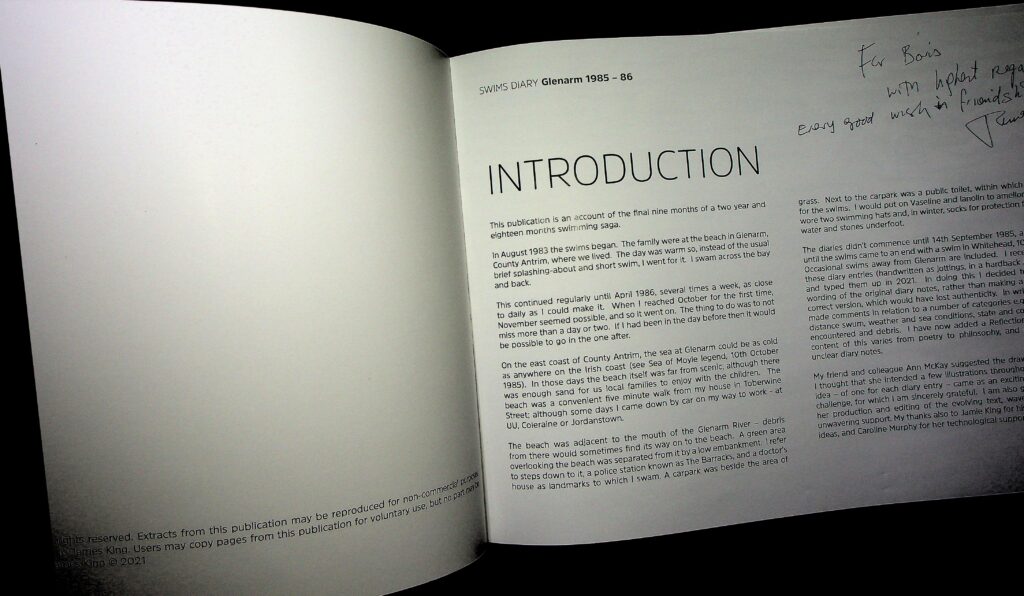 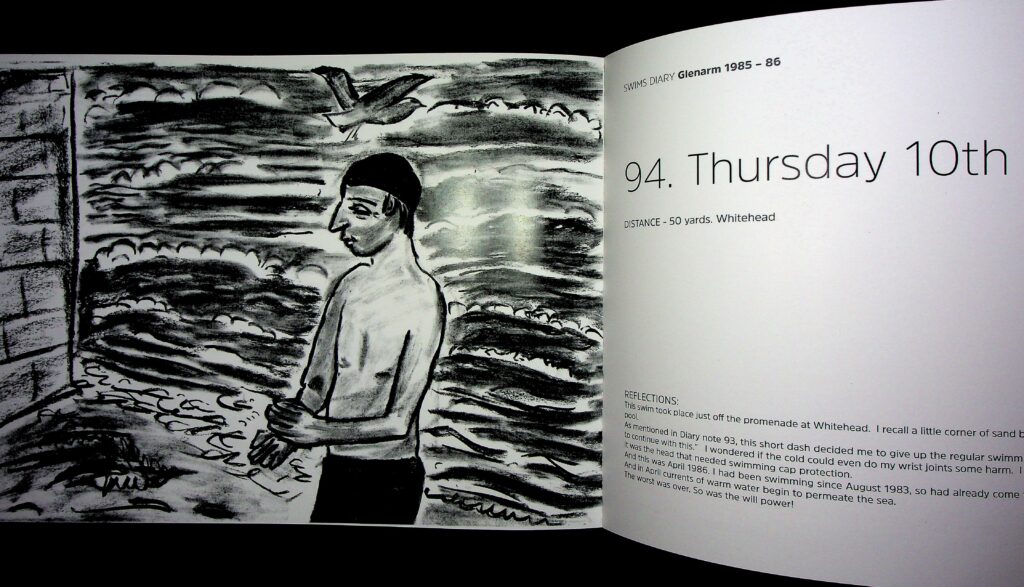 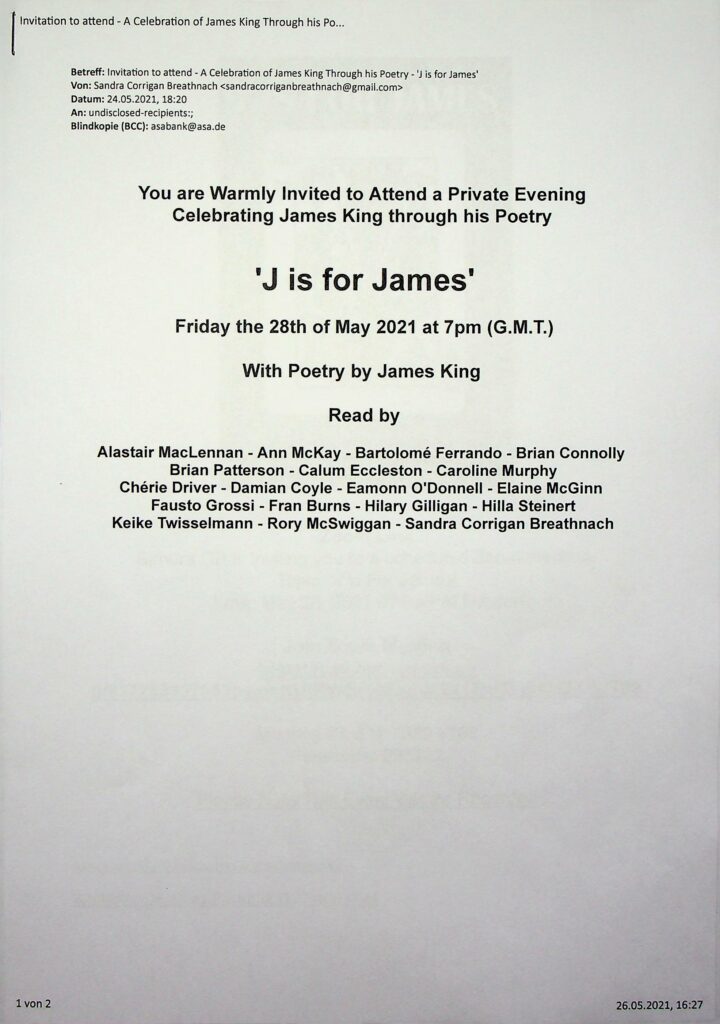 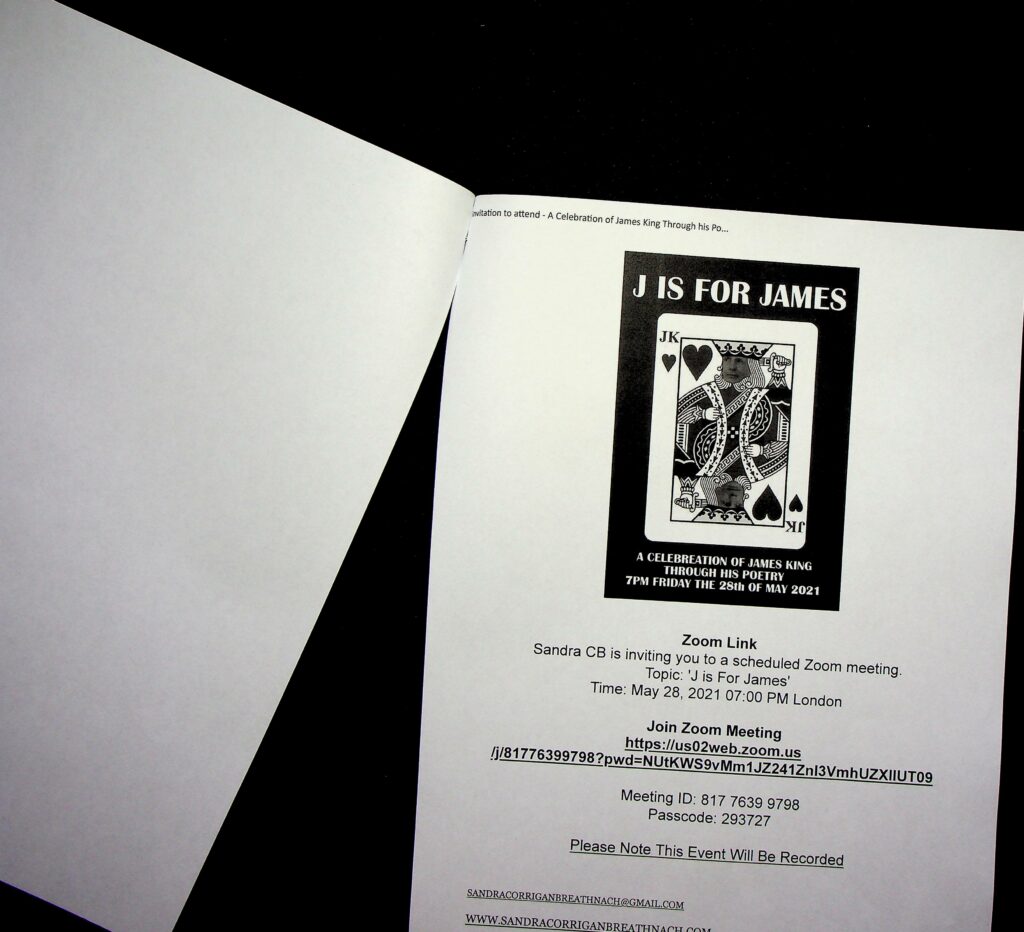 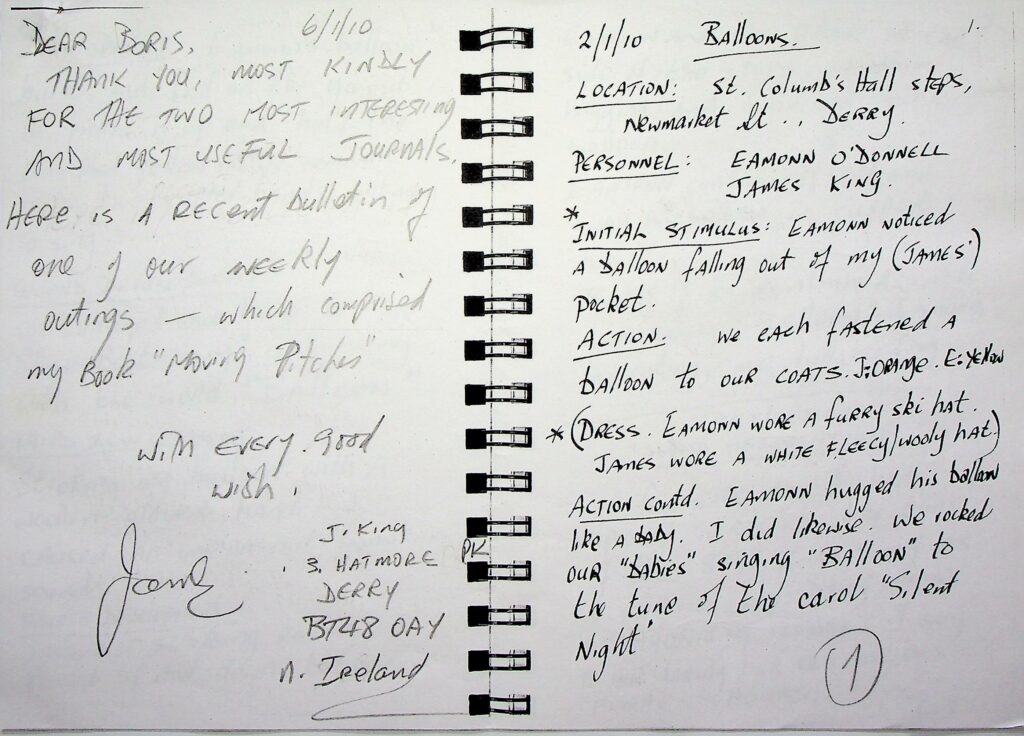 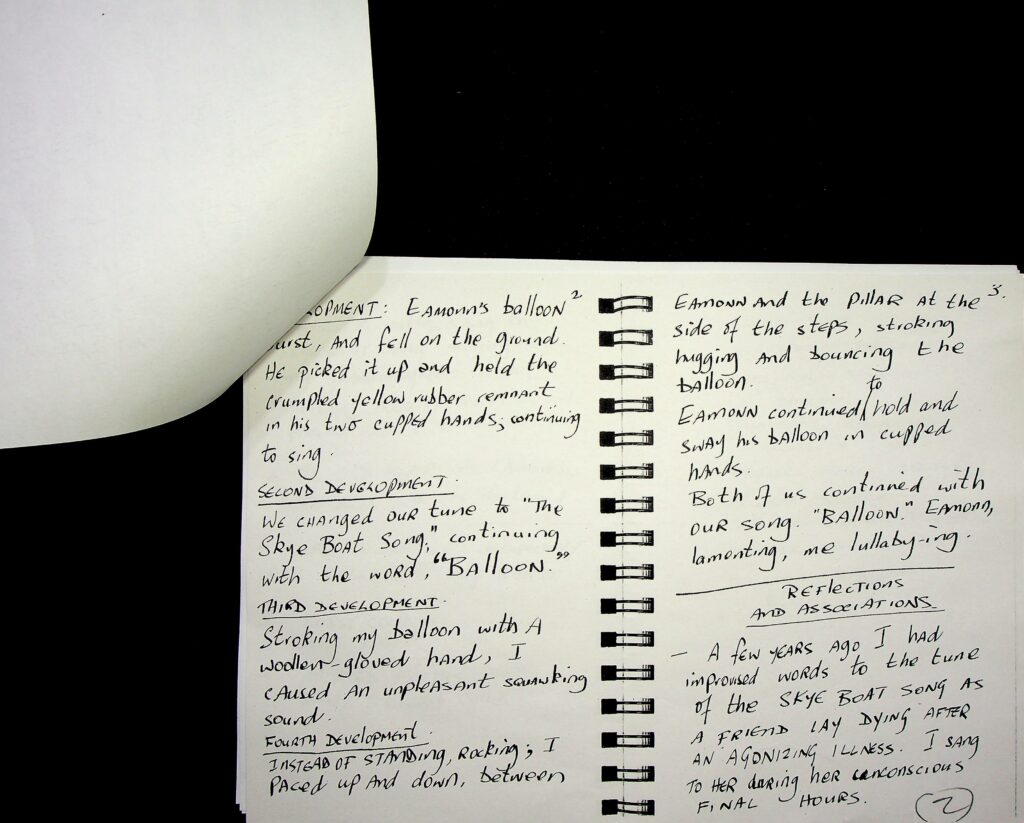 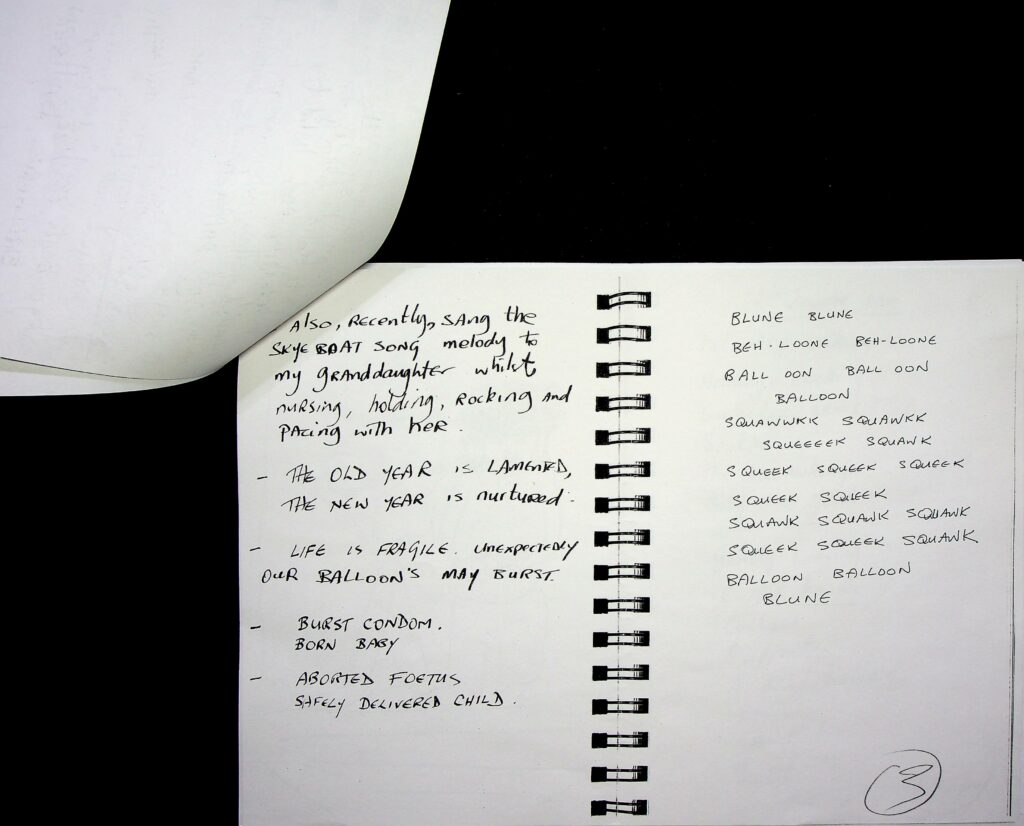 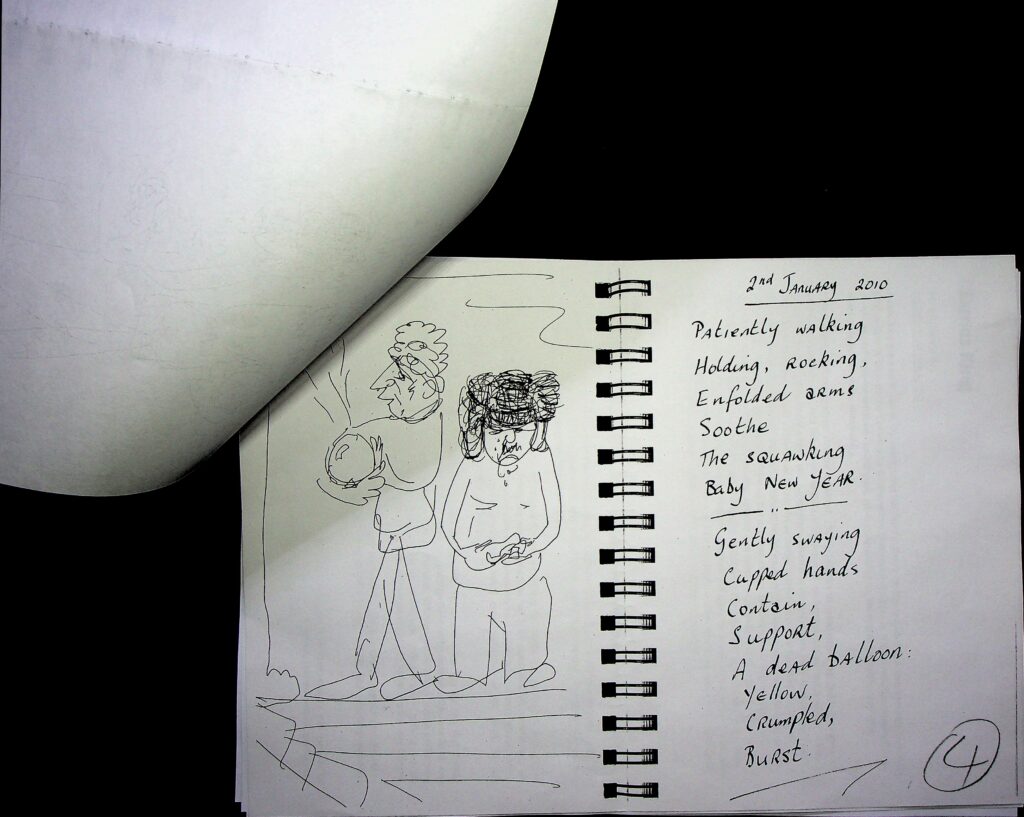 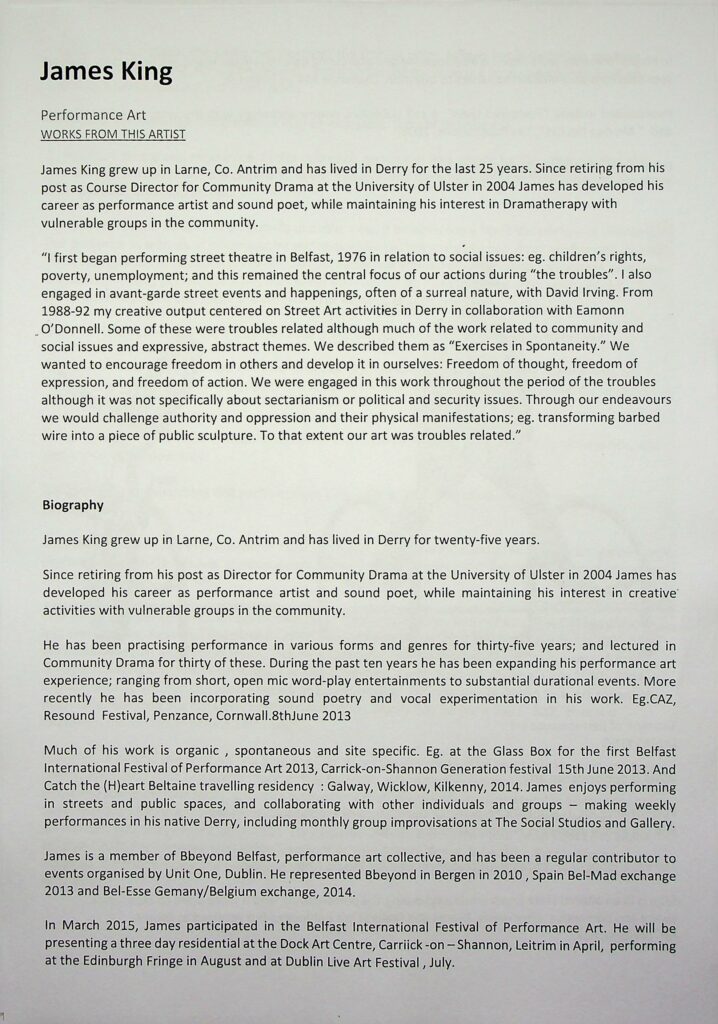 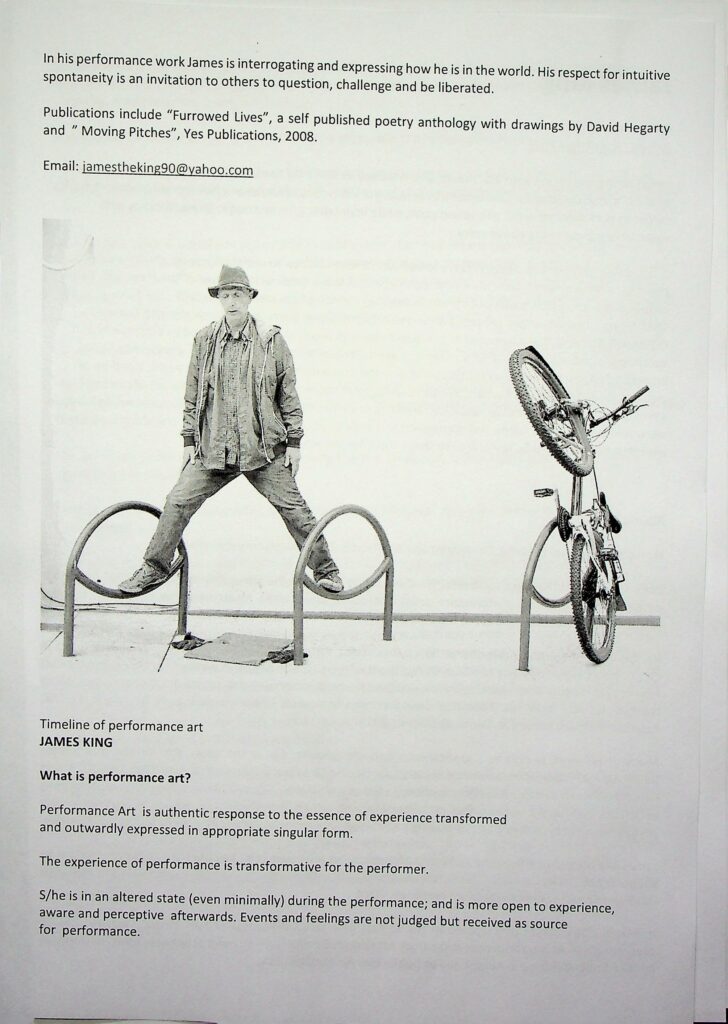 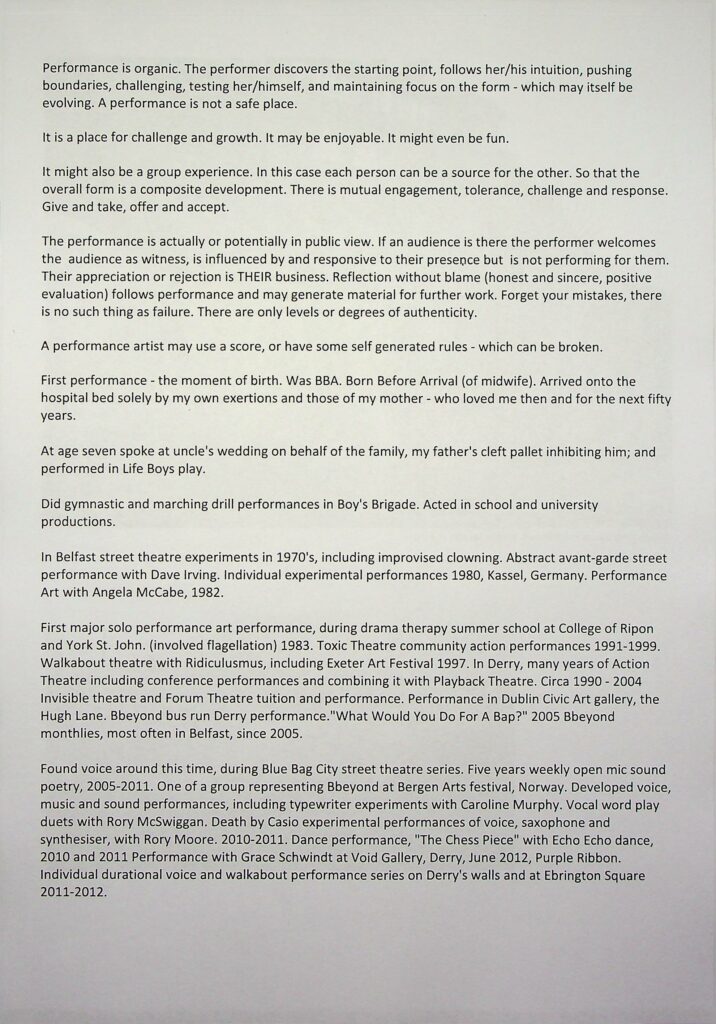 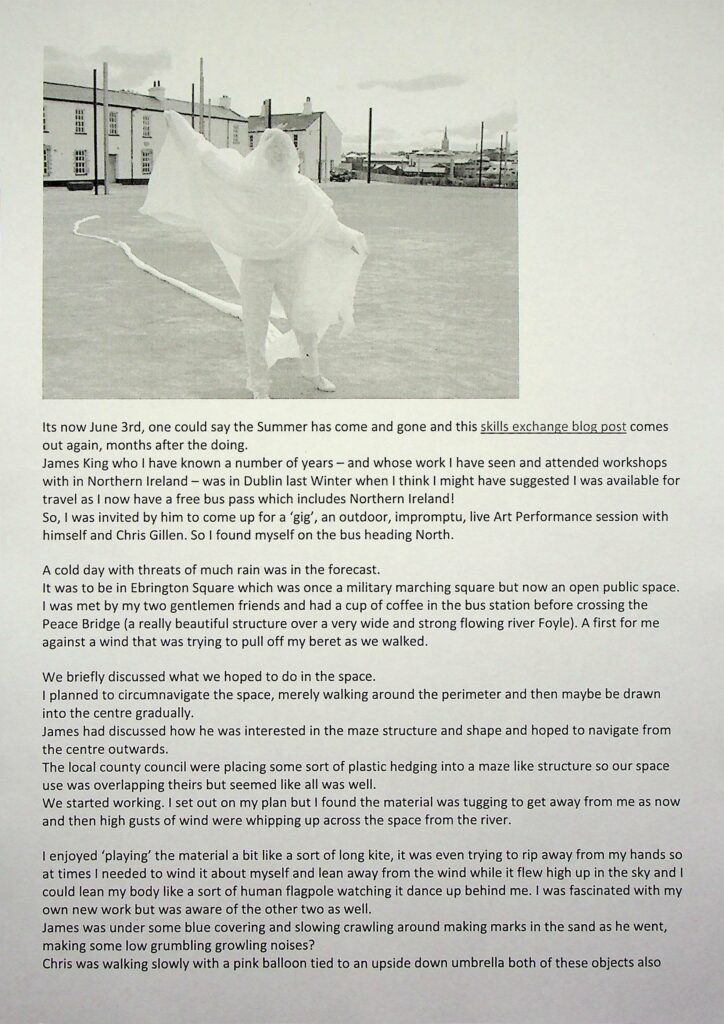 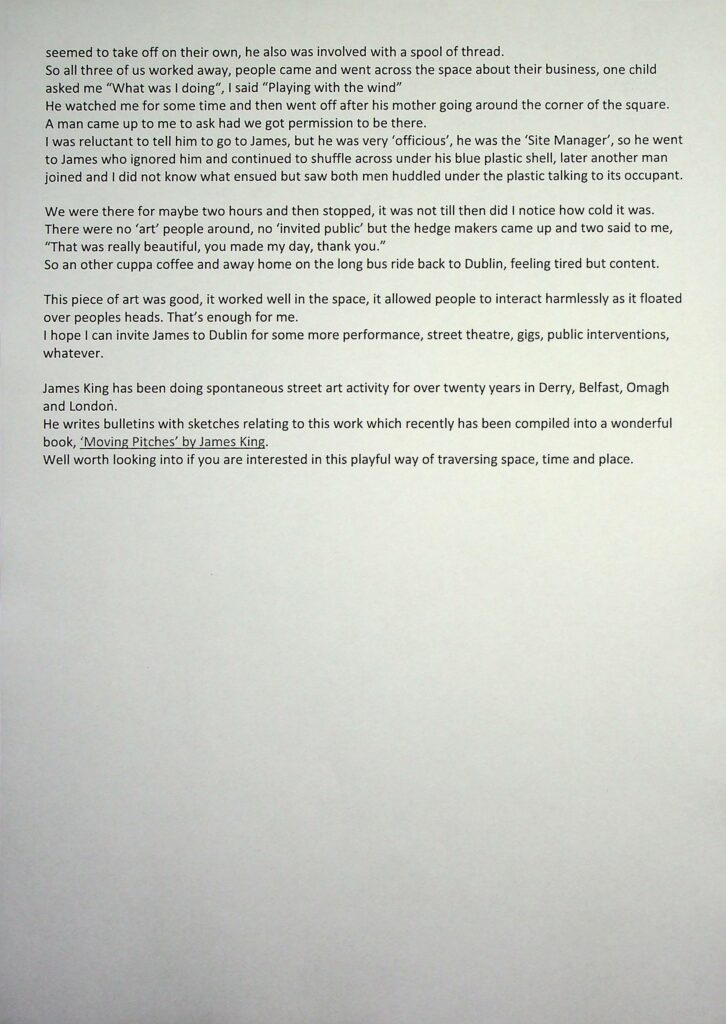 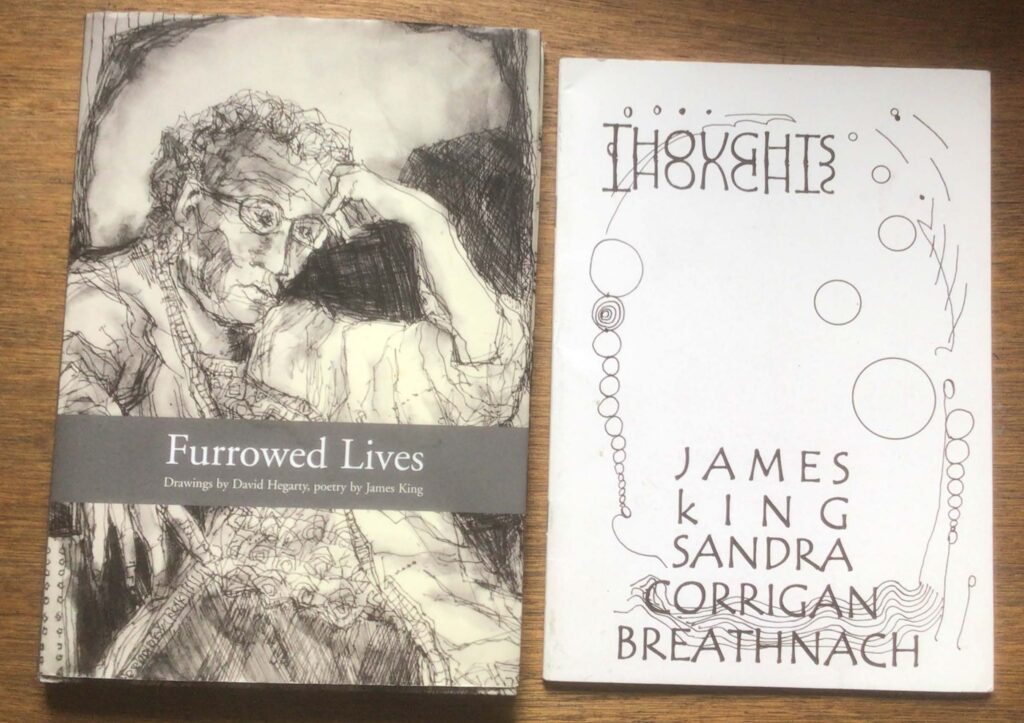 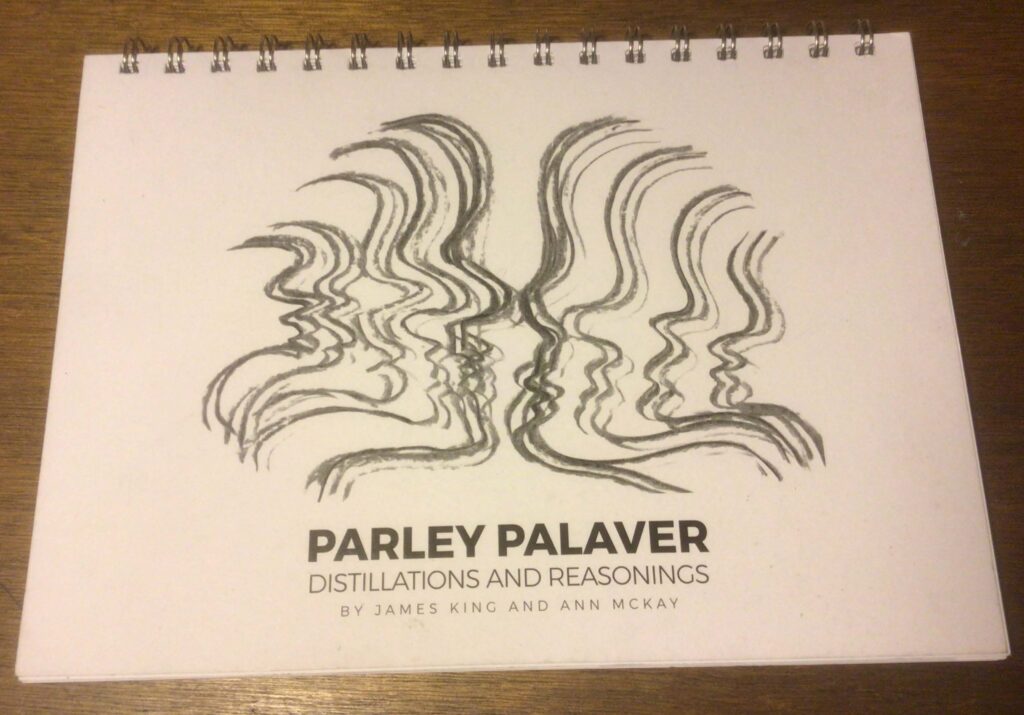 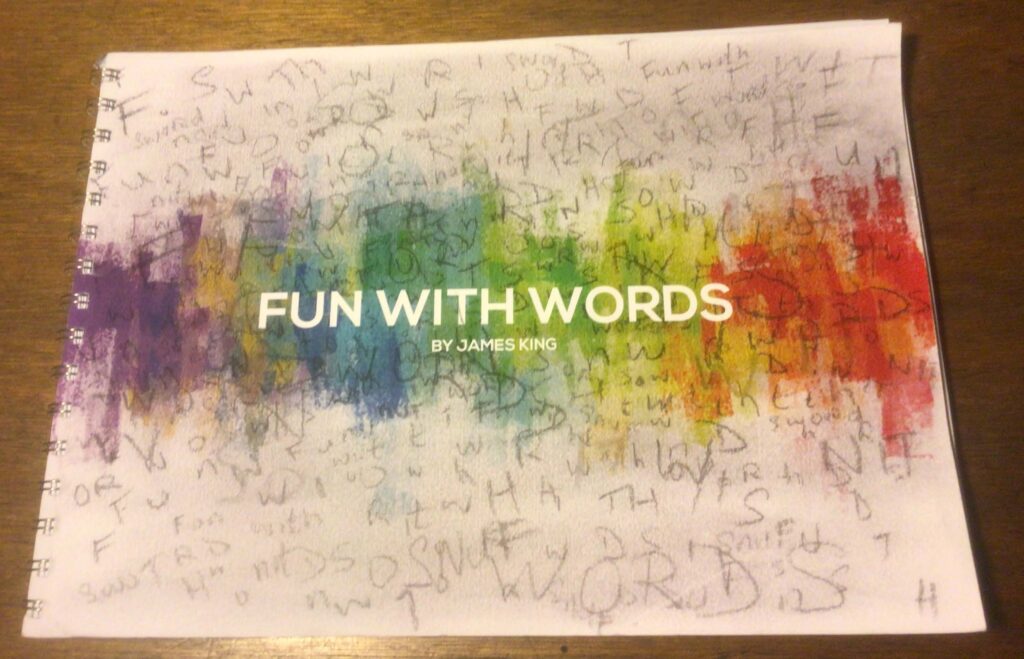 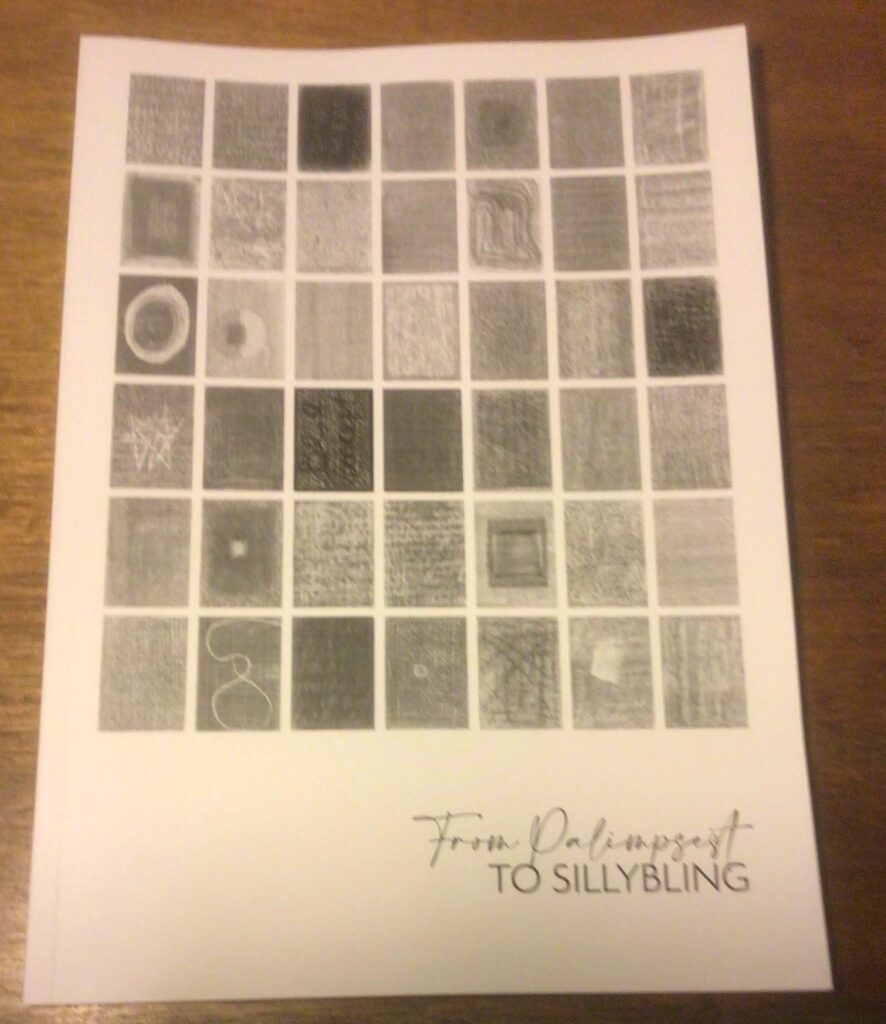