There are pairs of words that belong together. They produce each other mutually and seem to exist quite “naturally” in the world: “rustle” (german: “rauschen”) and “eavesdrop” (german: “lauschen”) form such a pair. These can be found in all languages. If one speaks, reads or listens to them, words instantly grow roots and mysteriously entwine body, nature and culture. Kurt Johannessen (*1960 Bergen, Norway) follows these mysterious ramifications, and not only those of language: across the branches of forests, deep into microscopic capillary connections, into spiritual, astronomical or mythical macrocosms. As such an oeuvre unfolds that includes performance art, installation, books, visual works, or land art interventions. The entangled works conduct an intensive dialogue, and perhaps it is this manifold interaction that could be described as the Norwegian artist’s oeuvre, which has been growing for almost 40 years.

In an early performance, while still at the art academy in 1983, Johannessen showed “Jordboka” / “The Earth Book”. He glances at his first artist’s book, which is filled with his “earth drawings”, and reads from it. Earth oozes out of his mouth. A photograph bears witness to the action and the earthy gurgle sounds through the shot. The black-and-white image shows the declaiming art student from whom the eavesdropping Johannessen will differ in later years. In 2017, he walked in complete darkness on a coal mountain near the now abandoned Arctic mining settlement “Pyramiden”, Spitsbergen; a floor lamp in his hand. In the darkness, a round circle of light carves out a part of the mountainside, turning it into light, and the light bearer turns inquiringly towards the earth. If you look at these or similar photographs, you can see what an “eavesdropping” gaze can be: Johannessen carries this gaze within himself, a looking into the rustle. One does not know what secrets this explorer is searching for, but it is clear that he will align his heartbeat to the heartbeat of the things, forces, elements and people in front of and around him – lying down for hours, putting out his feelers into the wind, tying his face tightly with sewing thread to a mossy tree trunk and listening into himself as into those things around him. Or, entwined with a felled tree, lying on the ground, drawing his movements in the sand and, drawing, slowly burying himself in the grains of sand.

And then words, words over and over again, sculpted golden into mountainsides, for example. In his lecture-performances, in which logics create folds, in which poetry and astrophysics meet. And above all in his books, written since 1983 and increasingly exposed to the risk of translation into English. Sometimes only pictures, sometimes pictures and text, but often only words are printed, frequently in small format. Is Johannessen mainly dealing with light, wind, earth, water – the elements – or elemental things? Does he deal with things or with humans as beings that are fundamentally rooted in the elements? In his eavesdropping, the noise becomes precise, in a mysterious way. 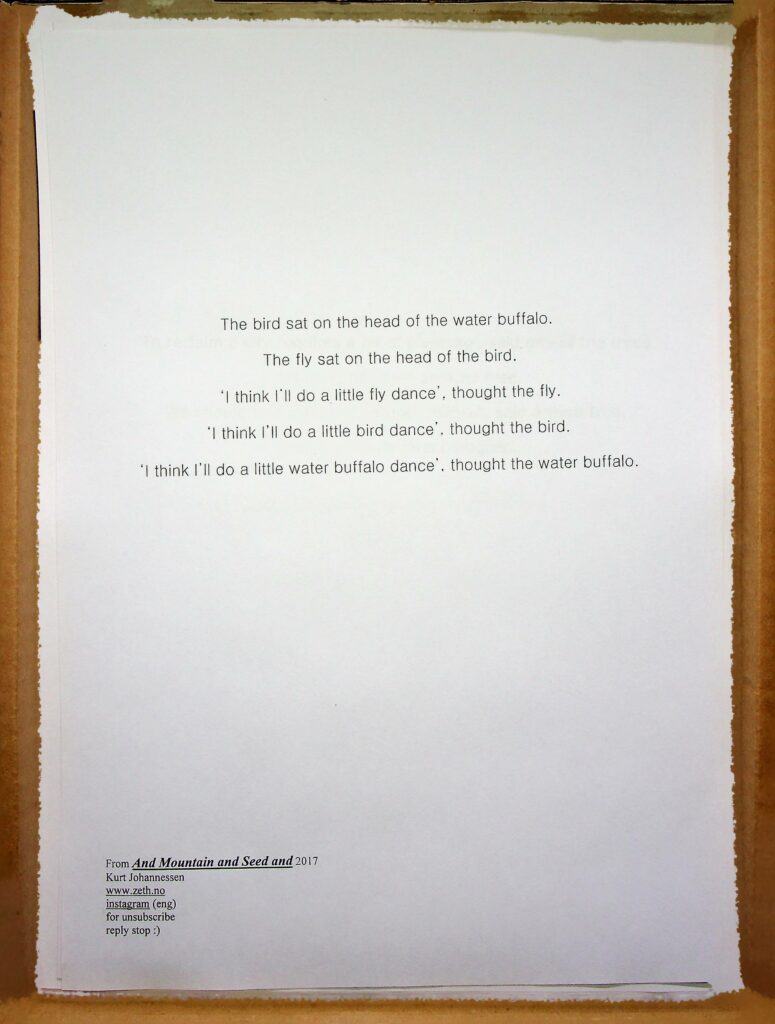 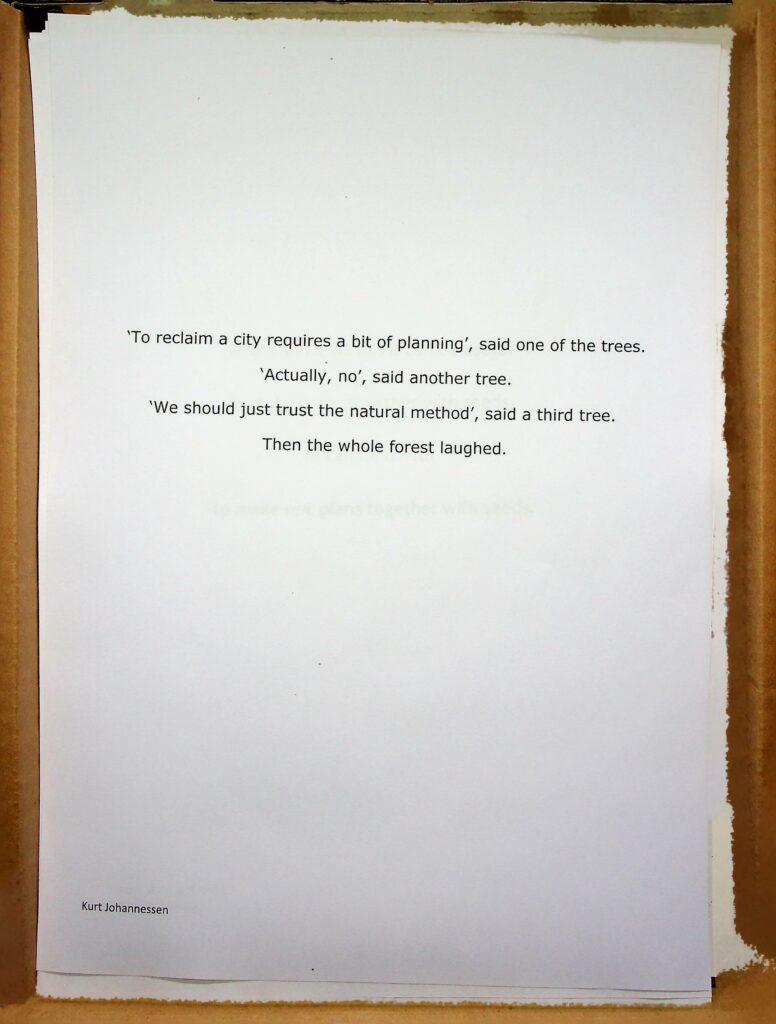 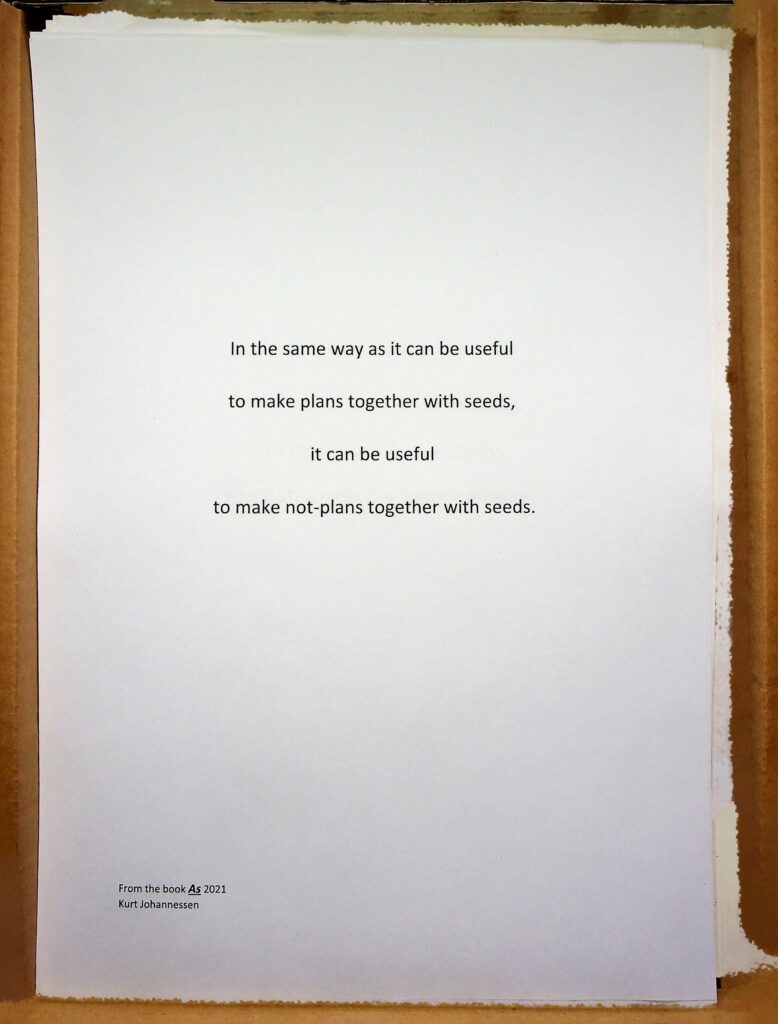 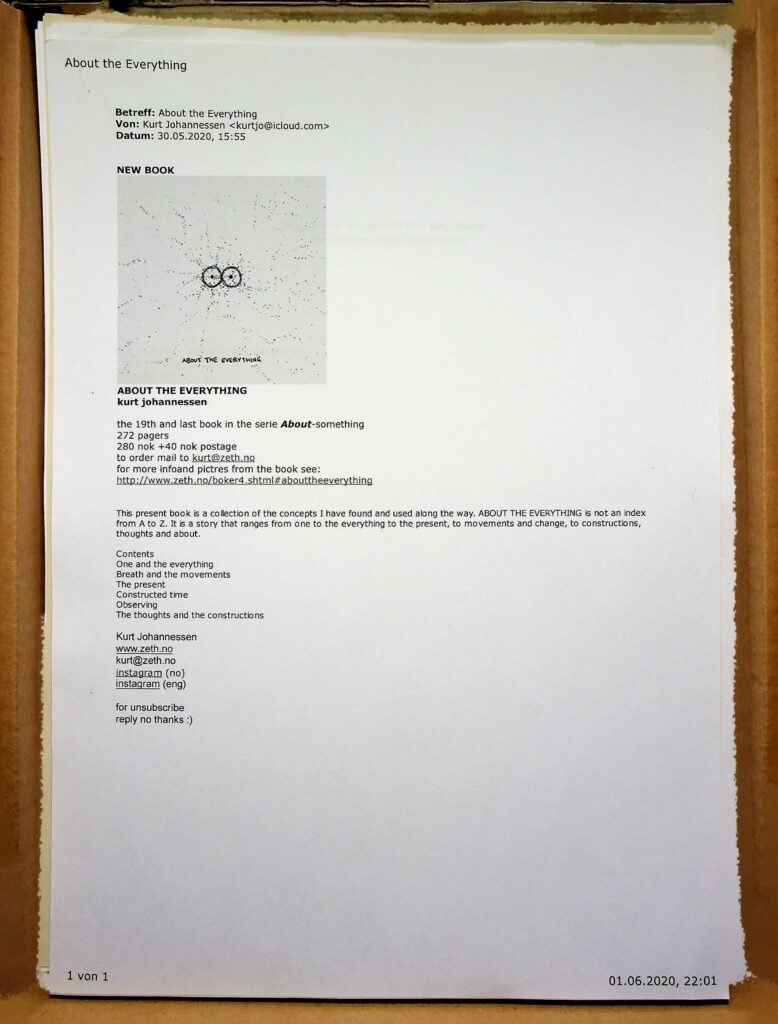 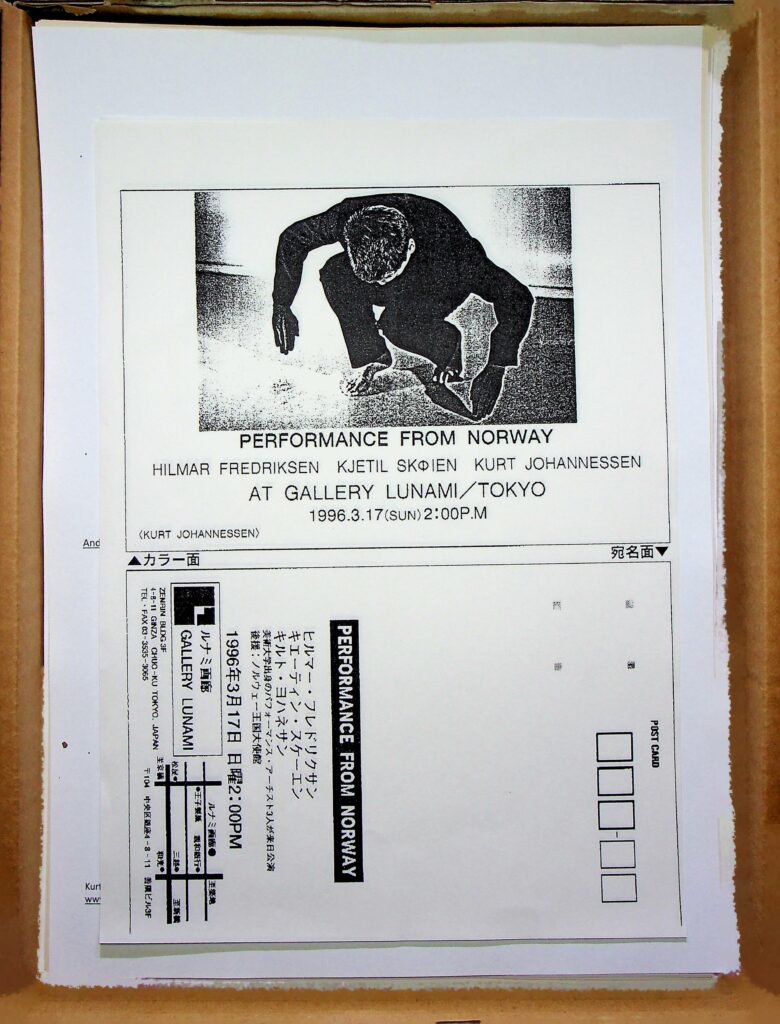 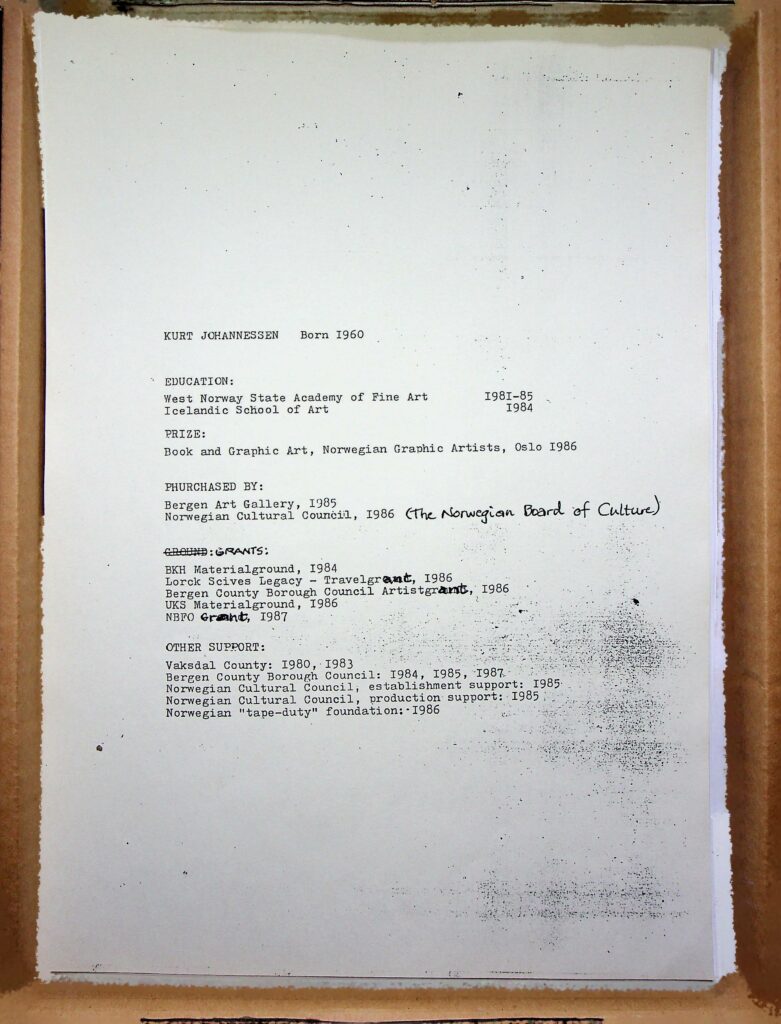 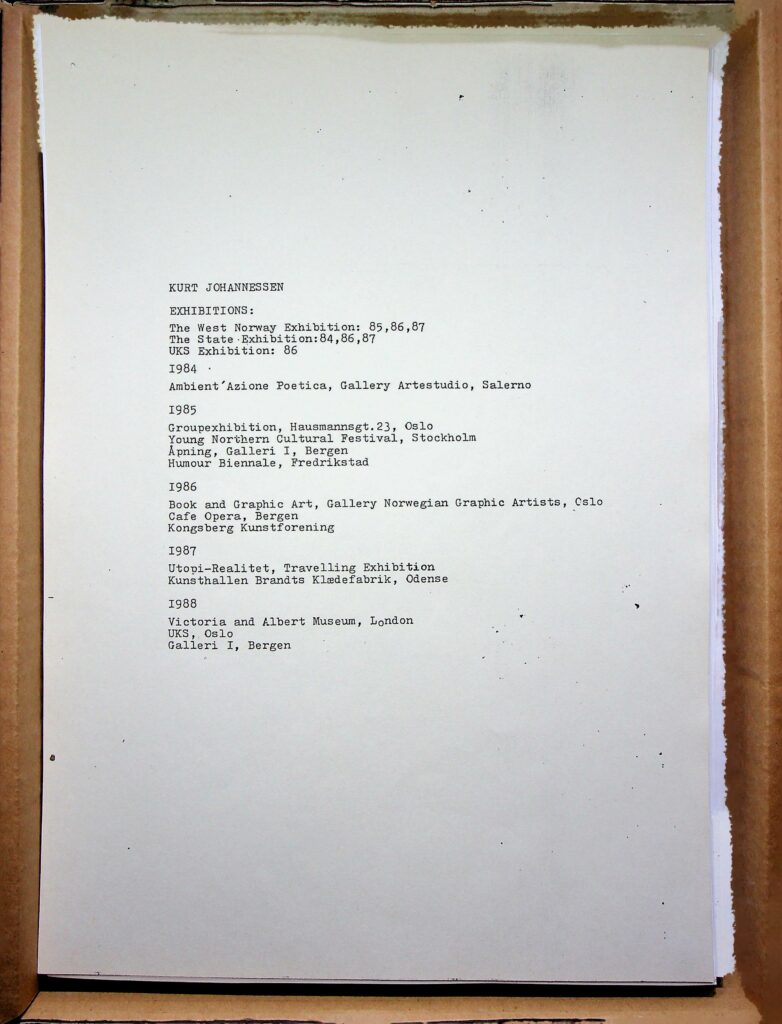 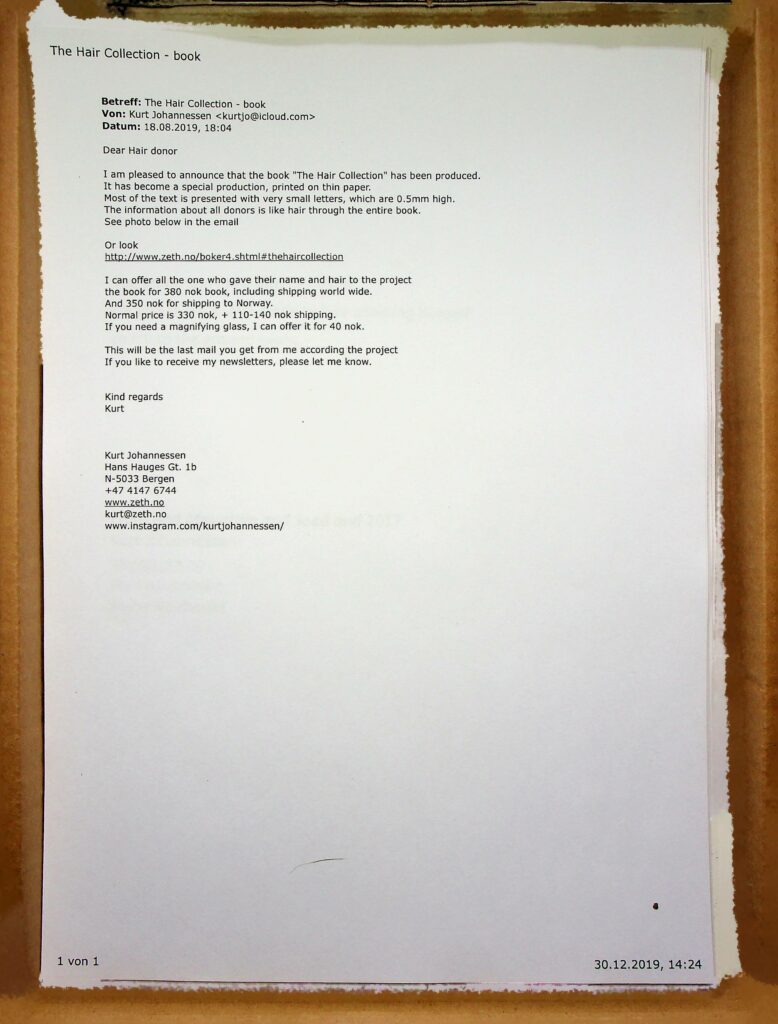 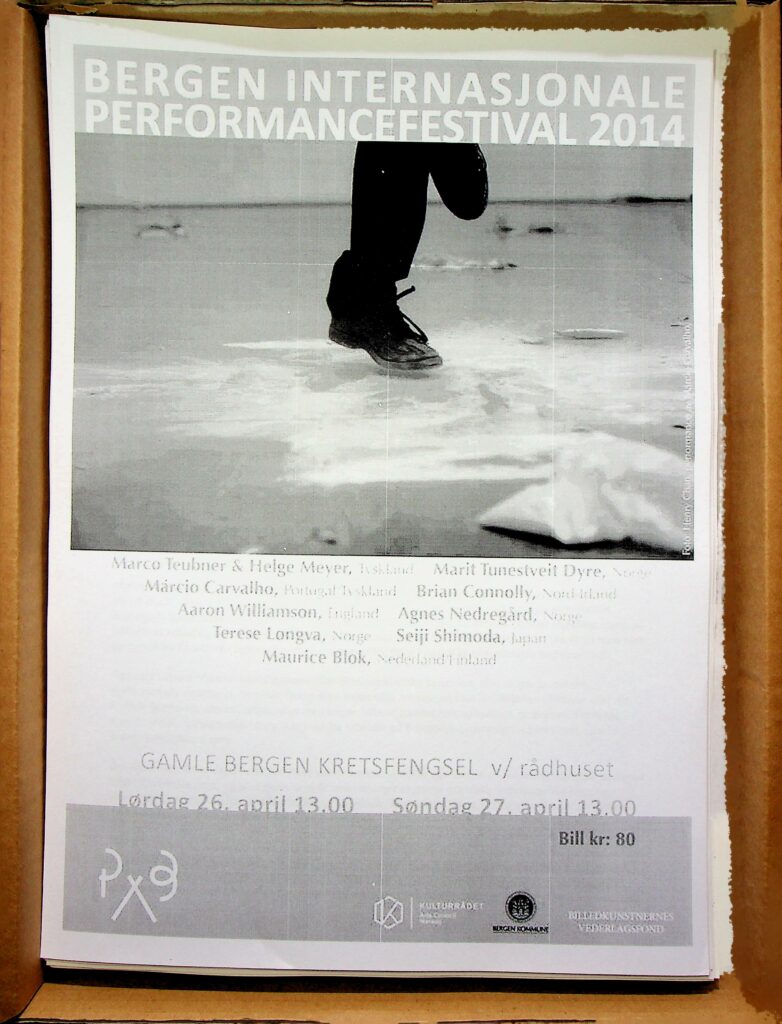 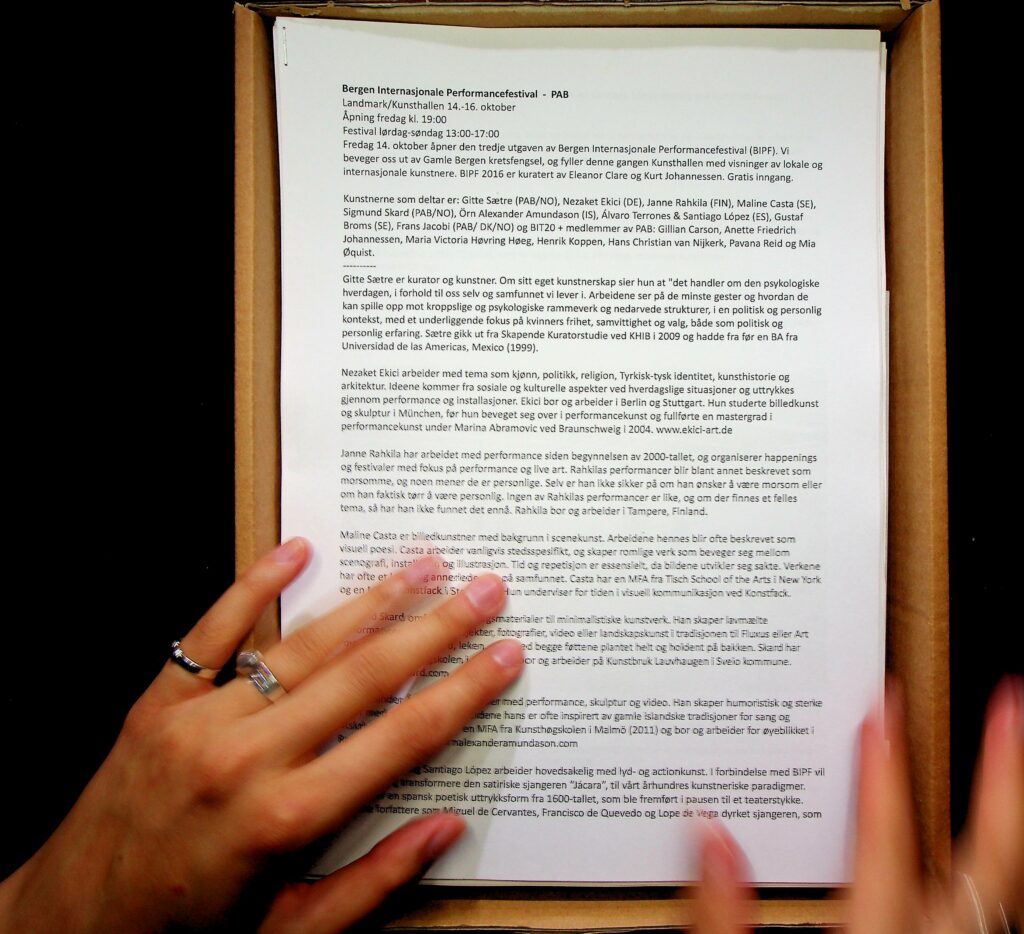 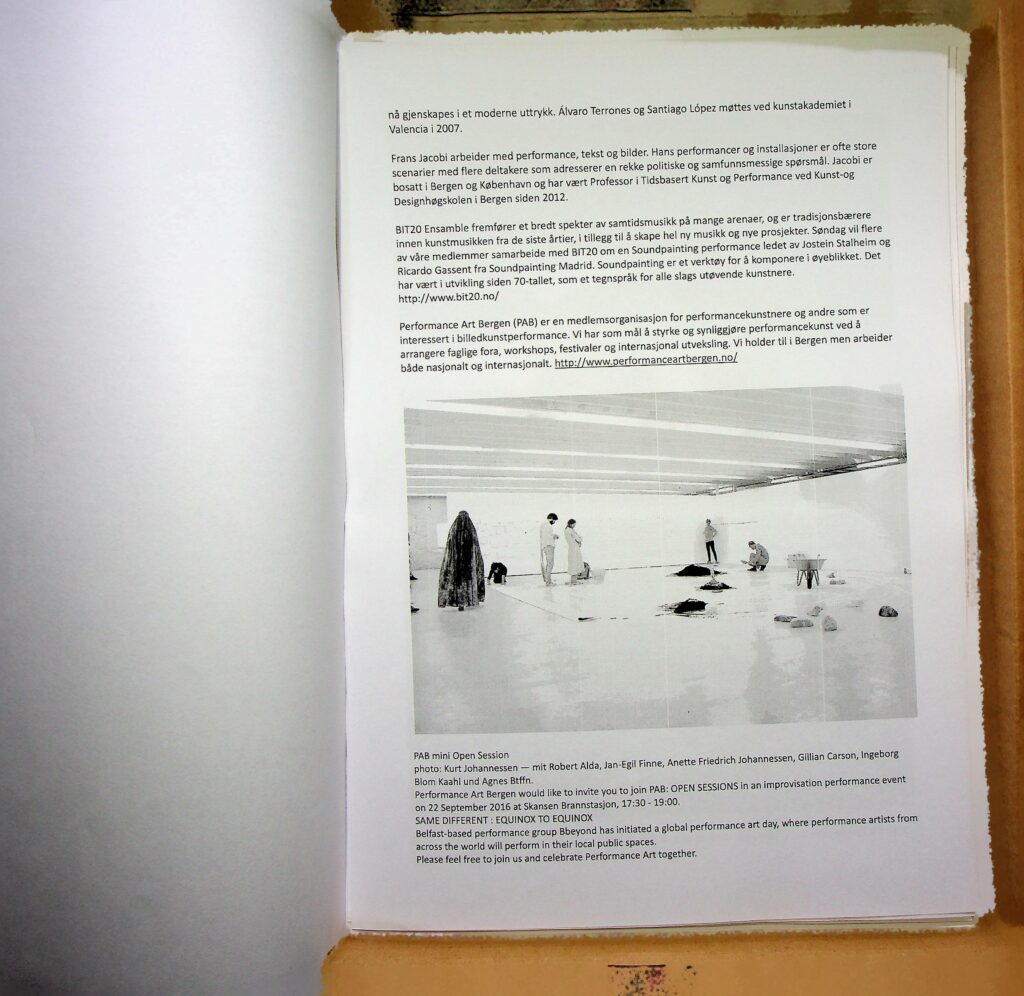 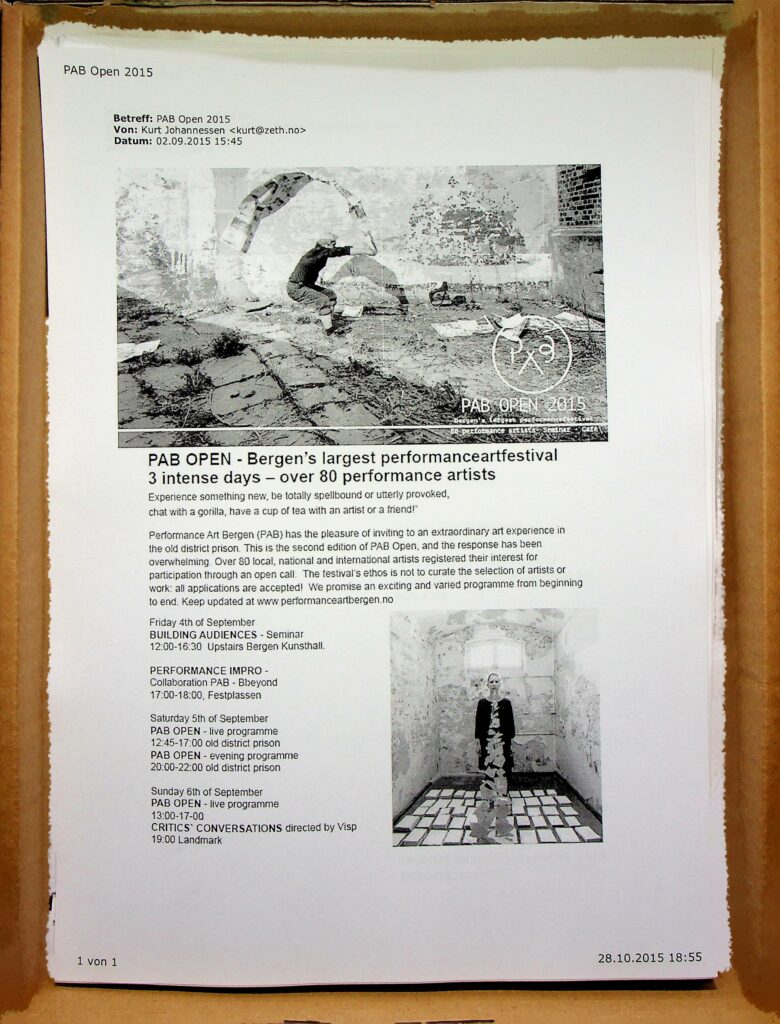 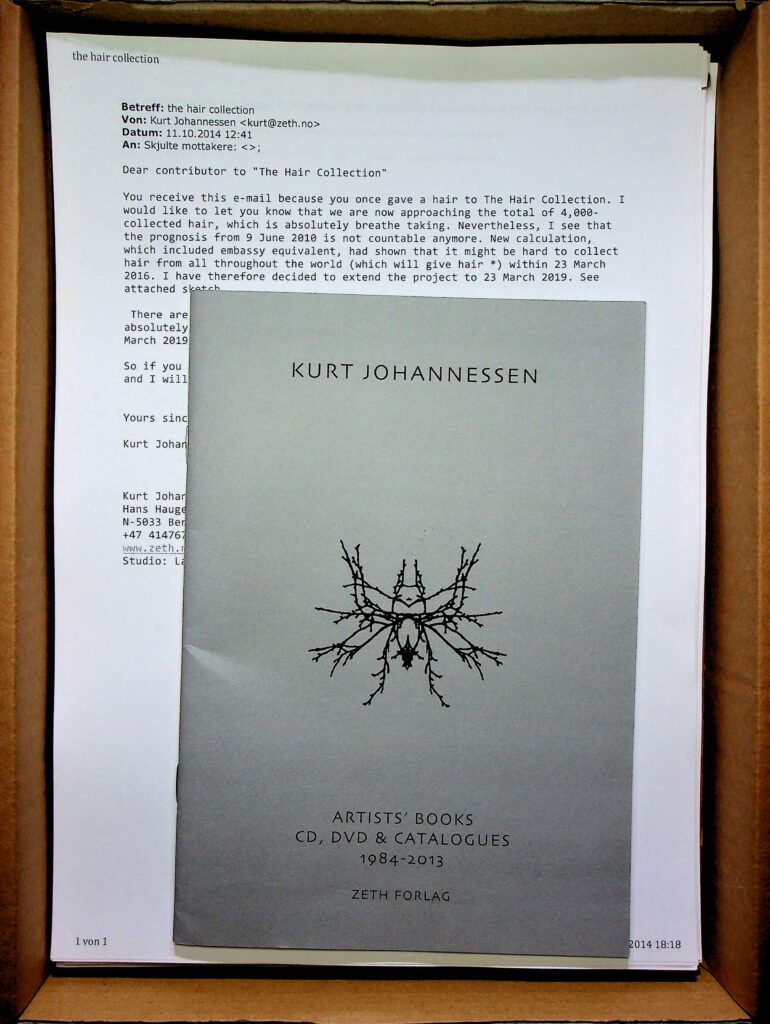 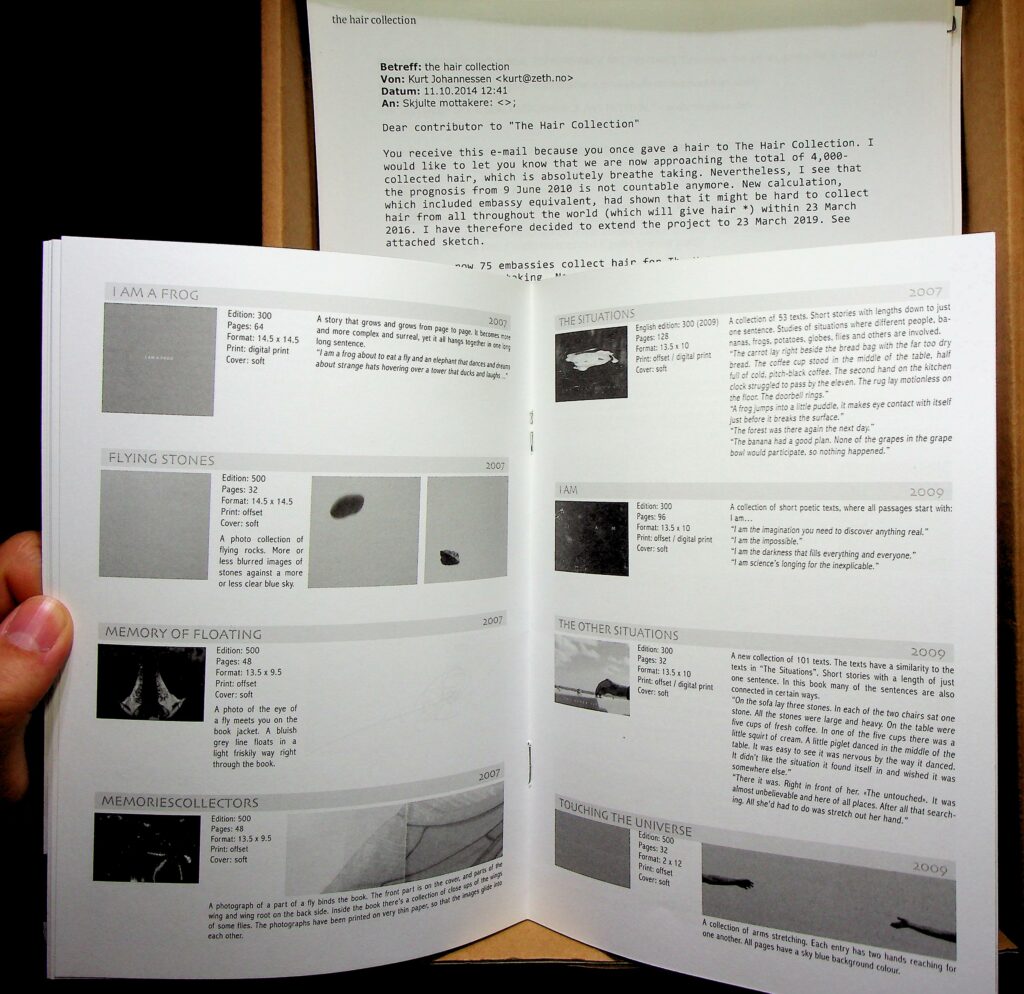 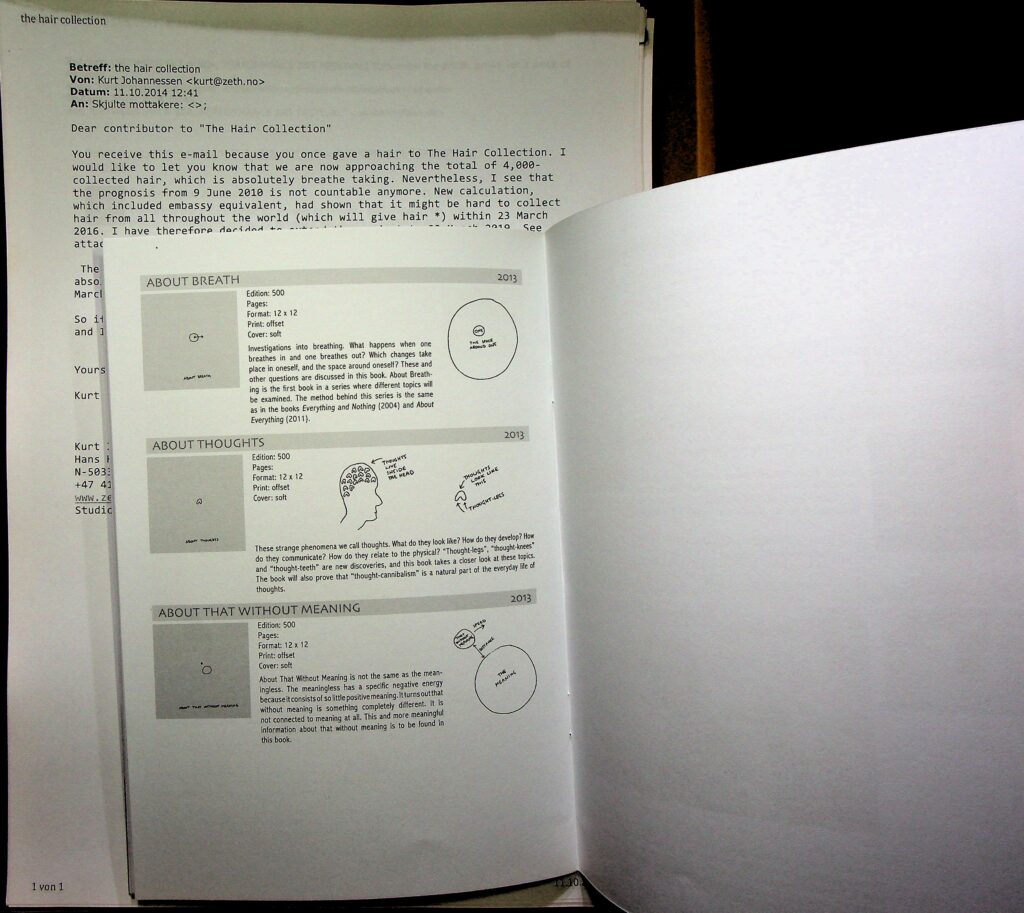 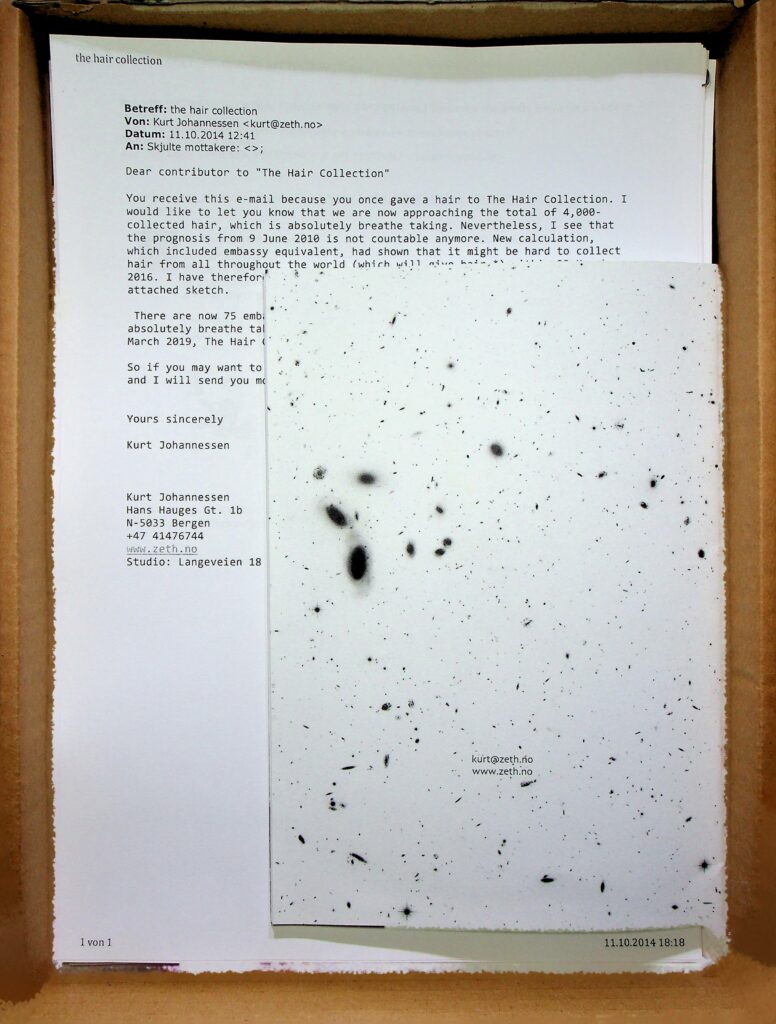 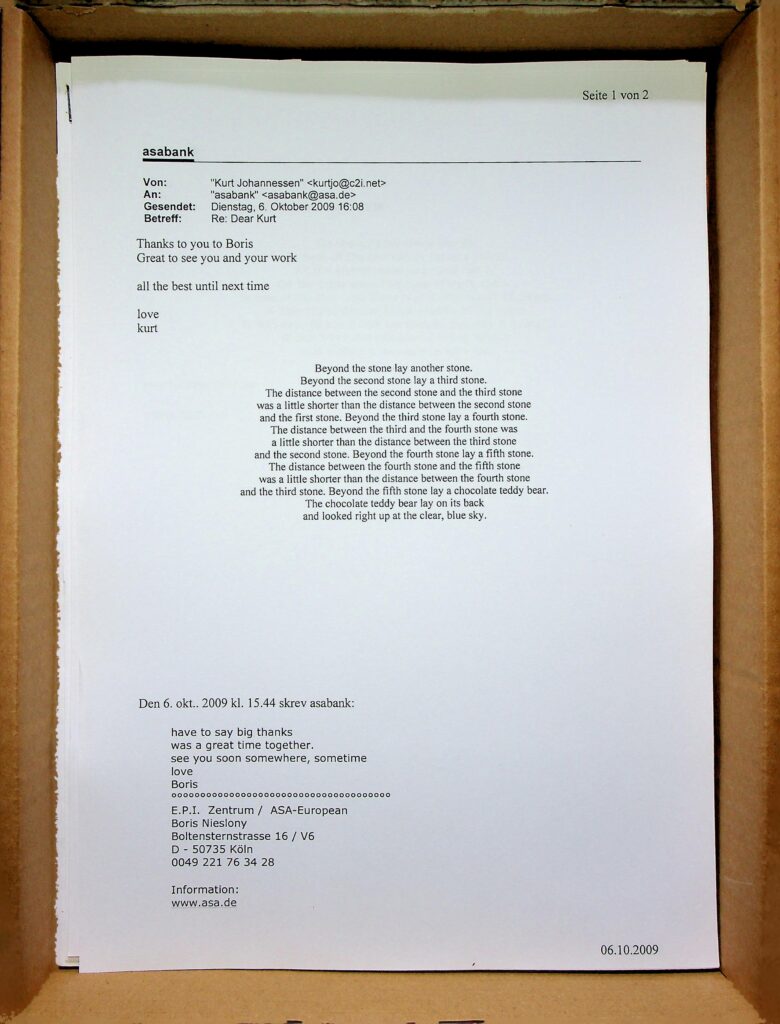 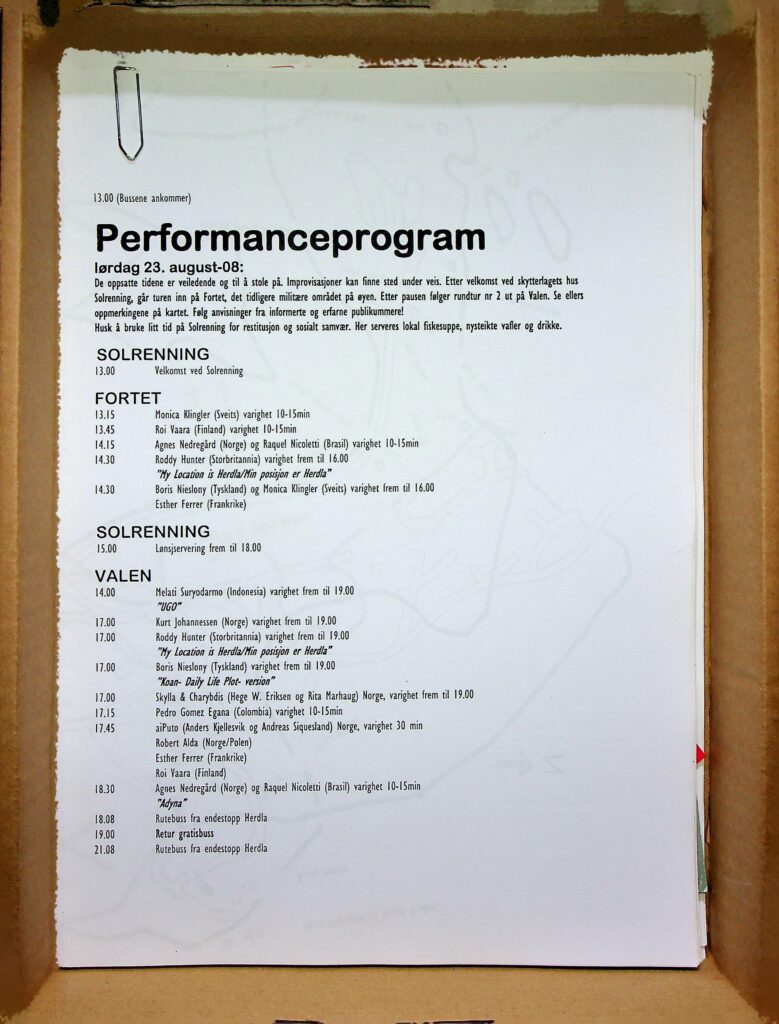 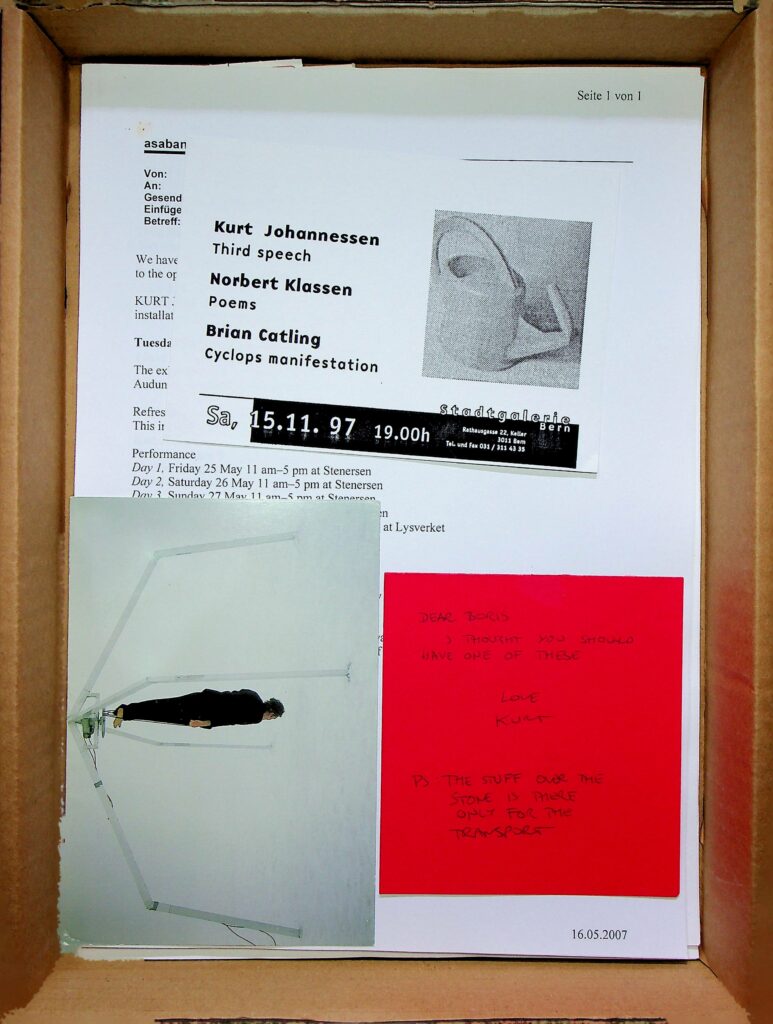 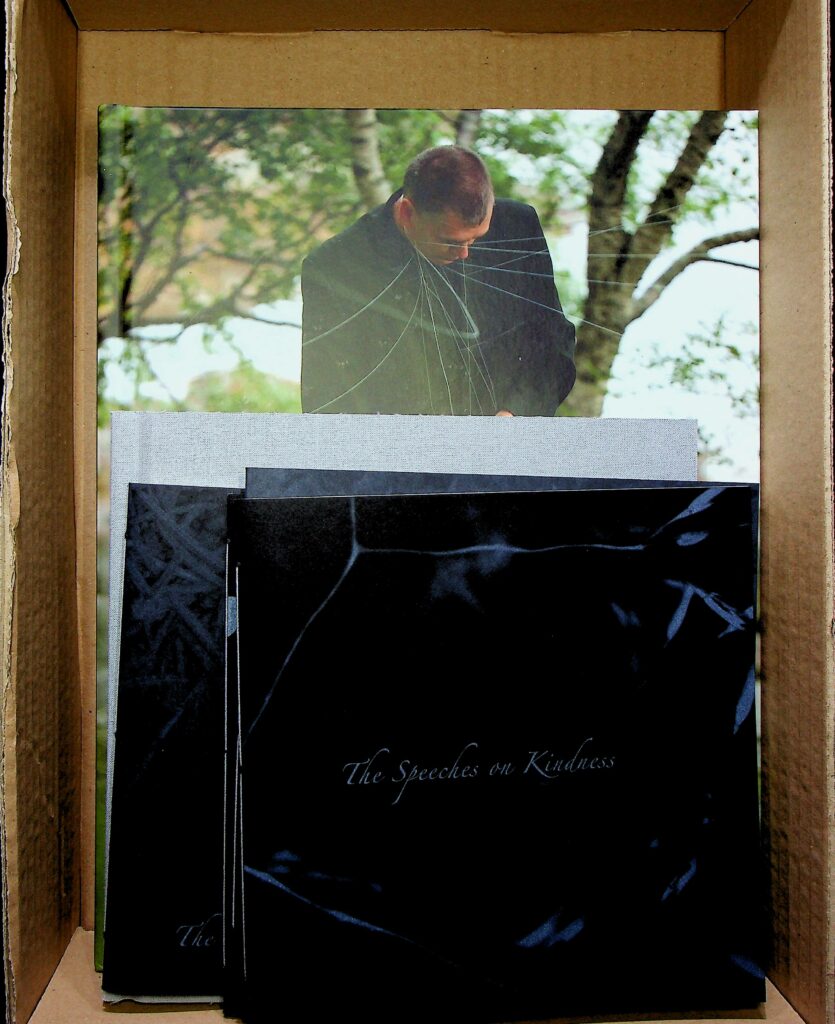 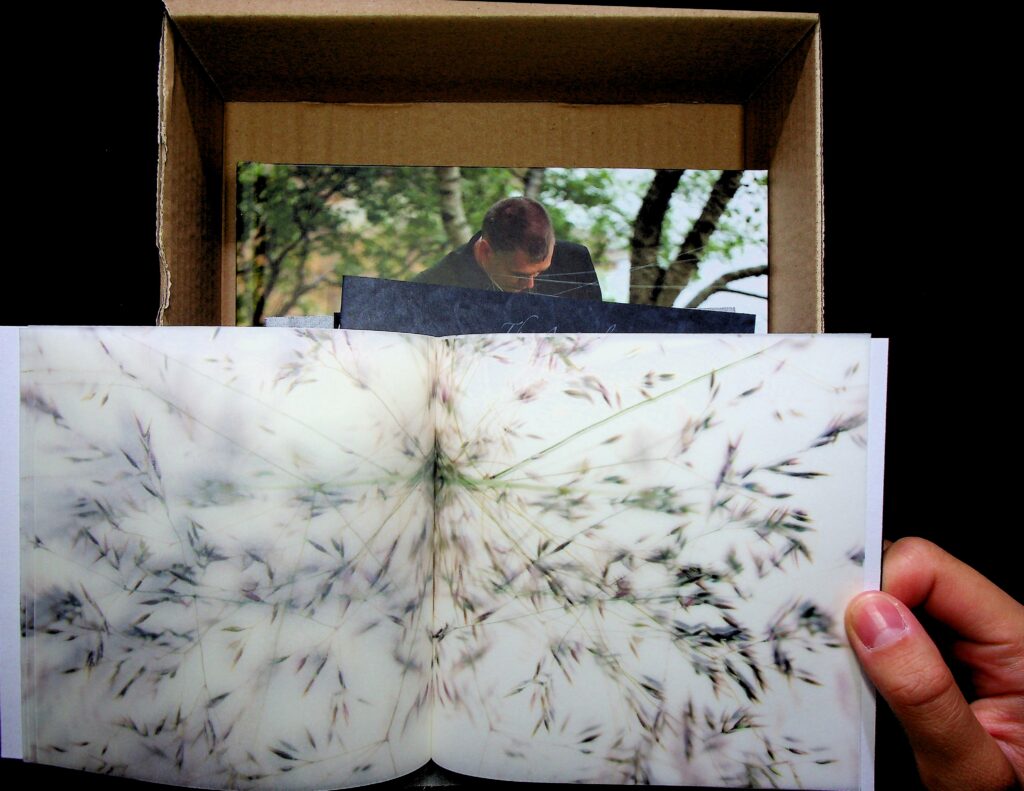 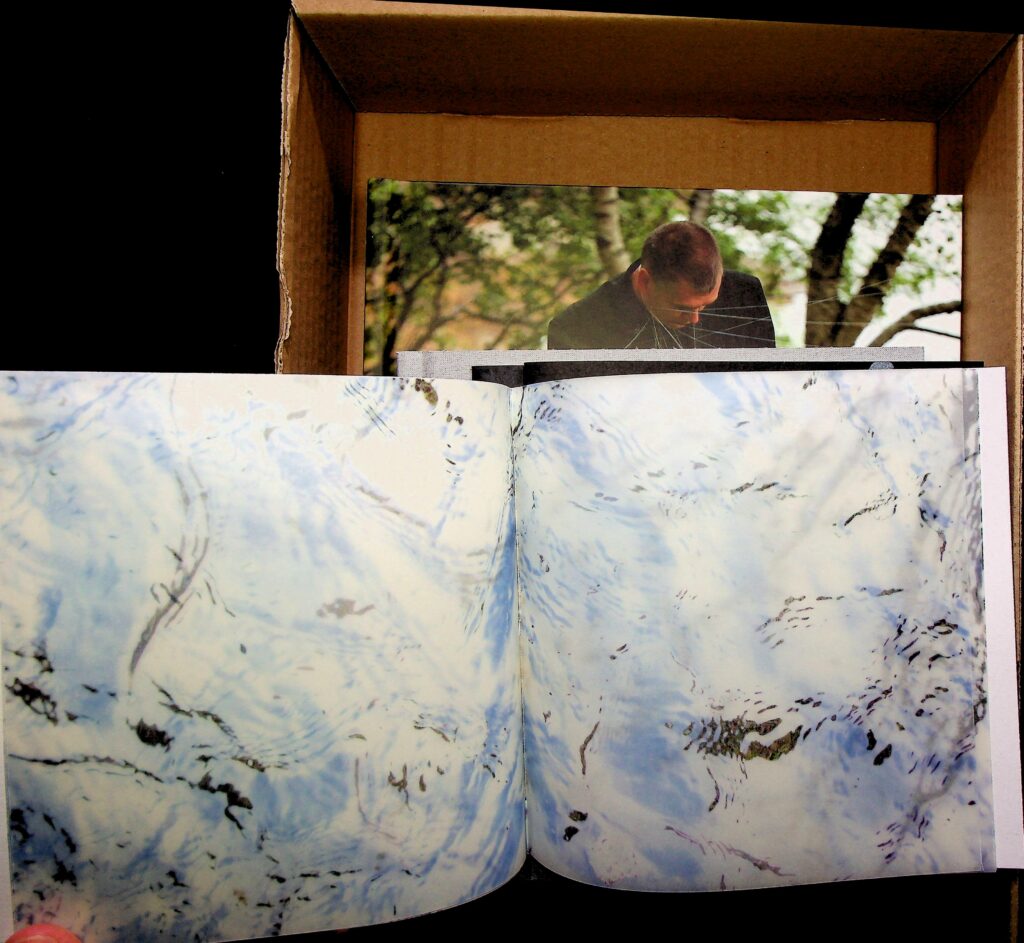 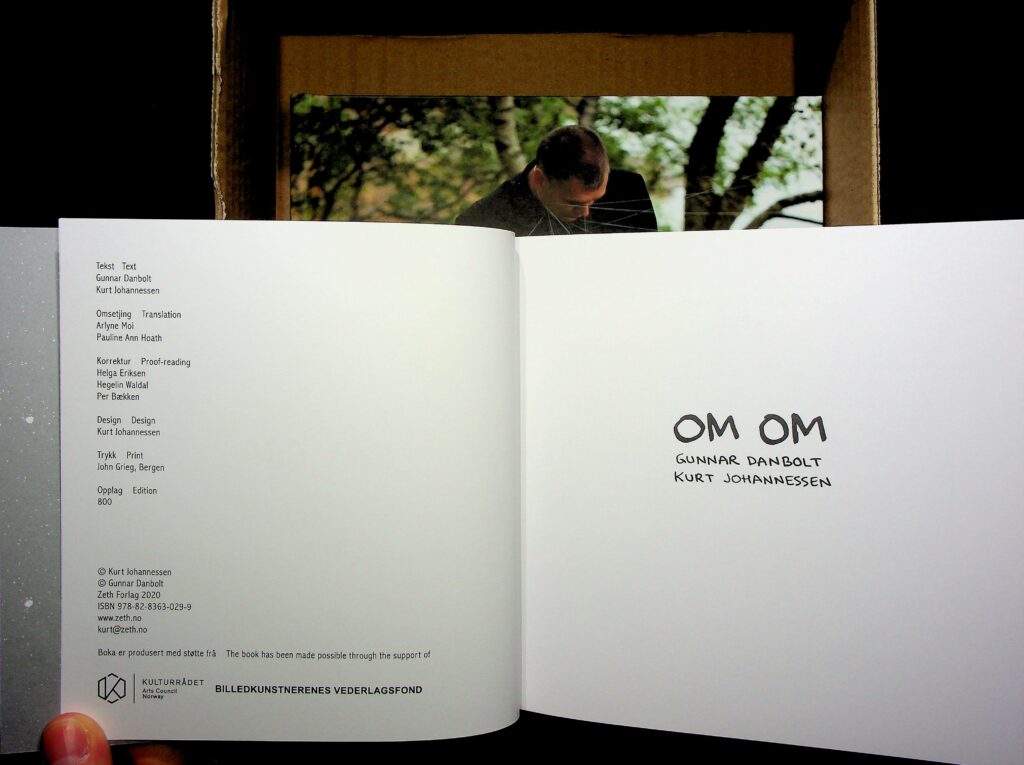 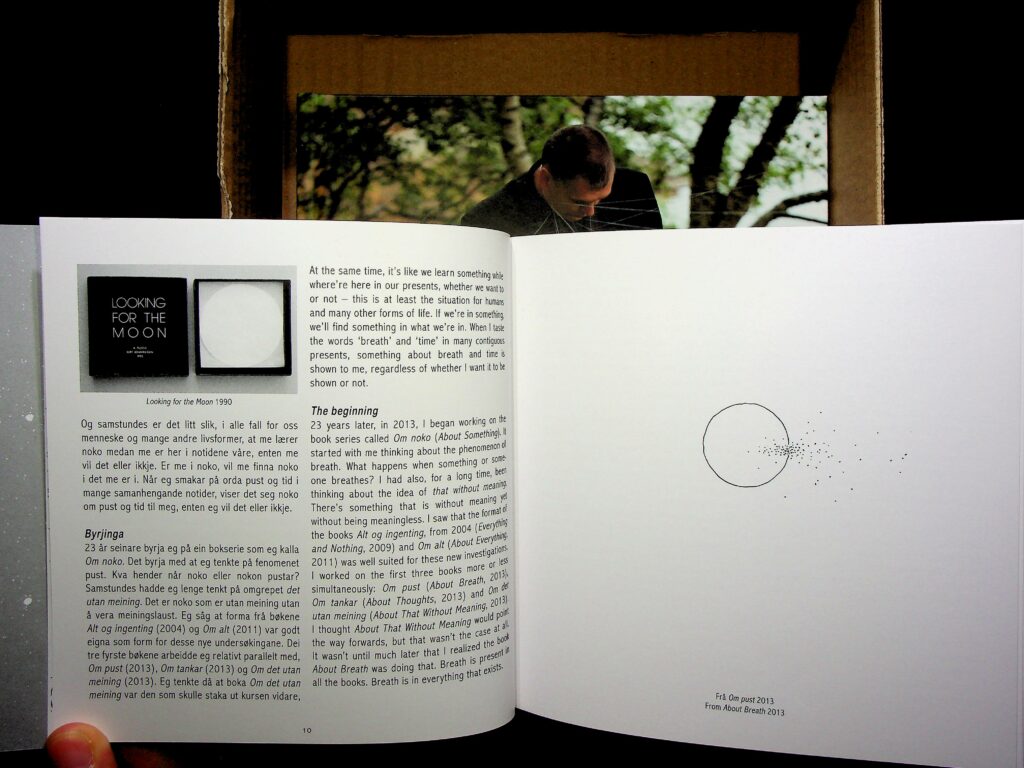 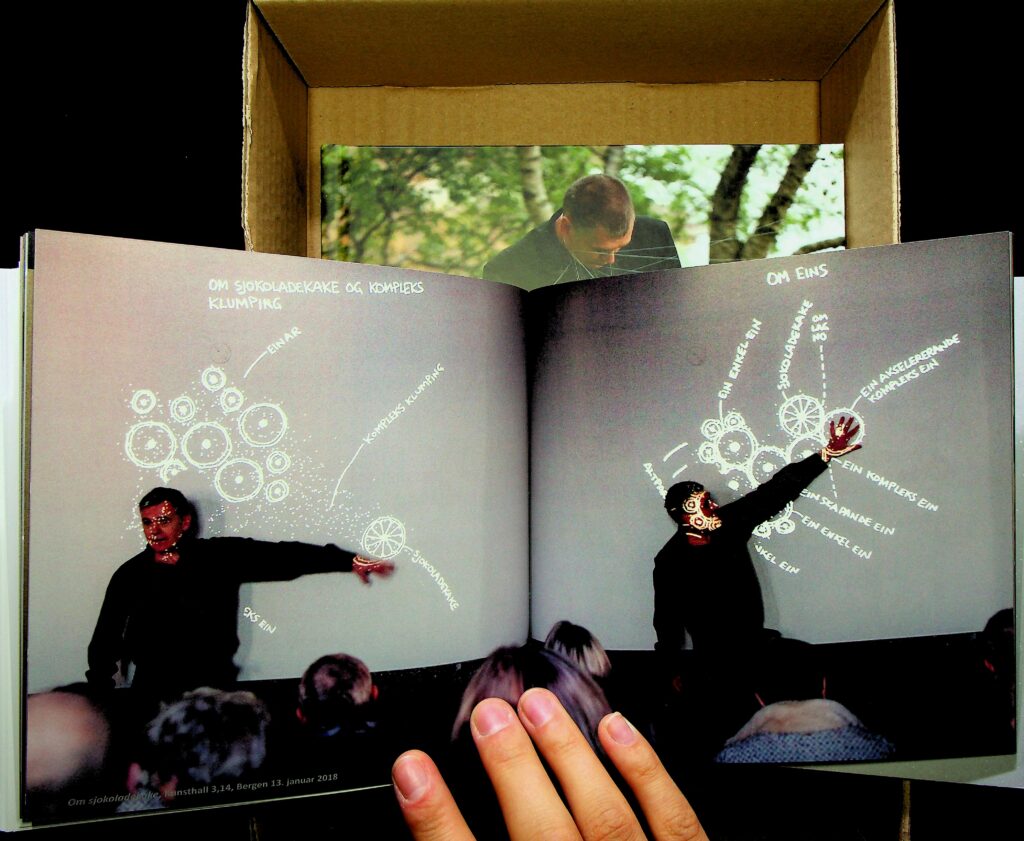 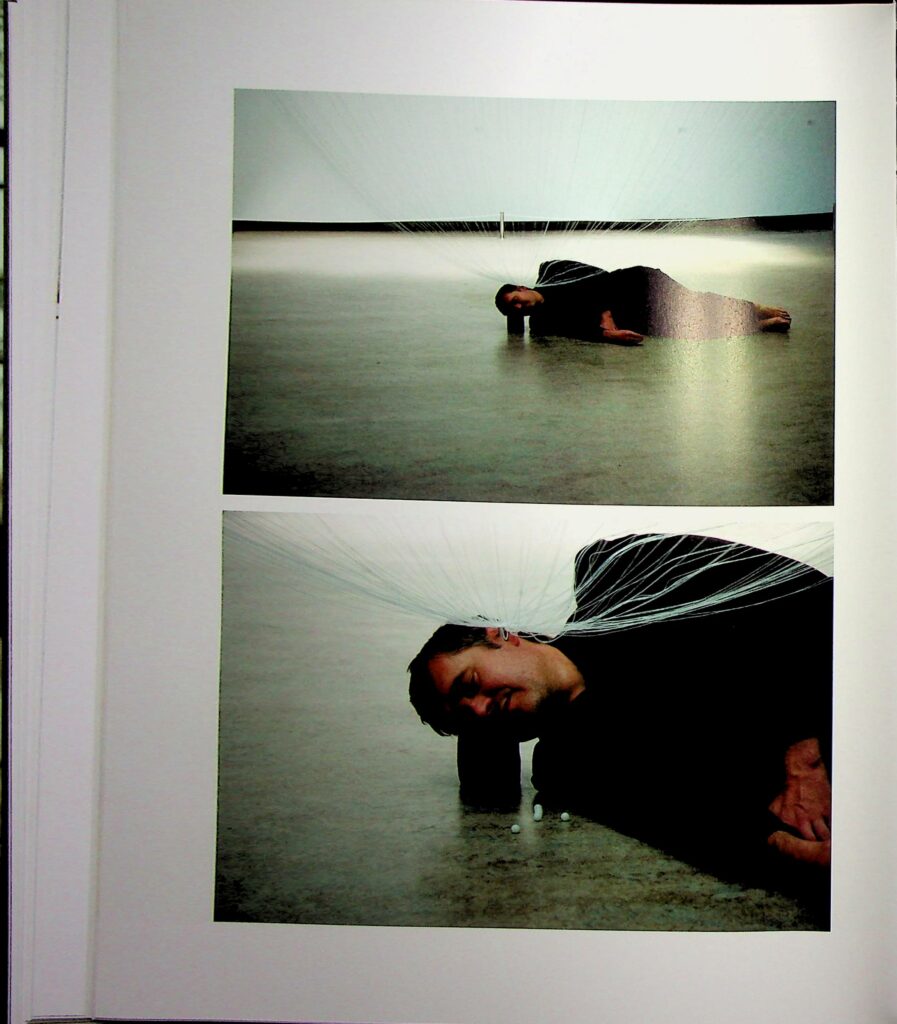 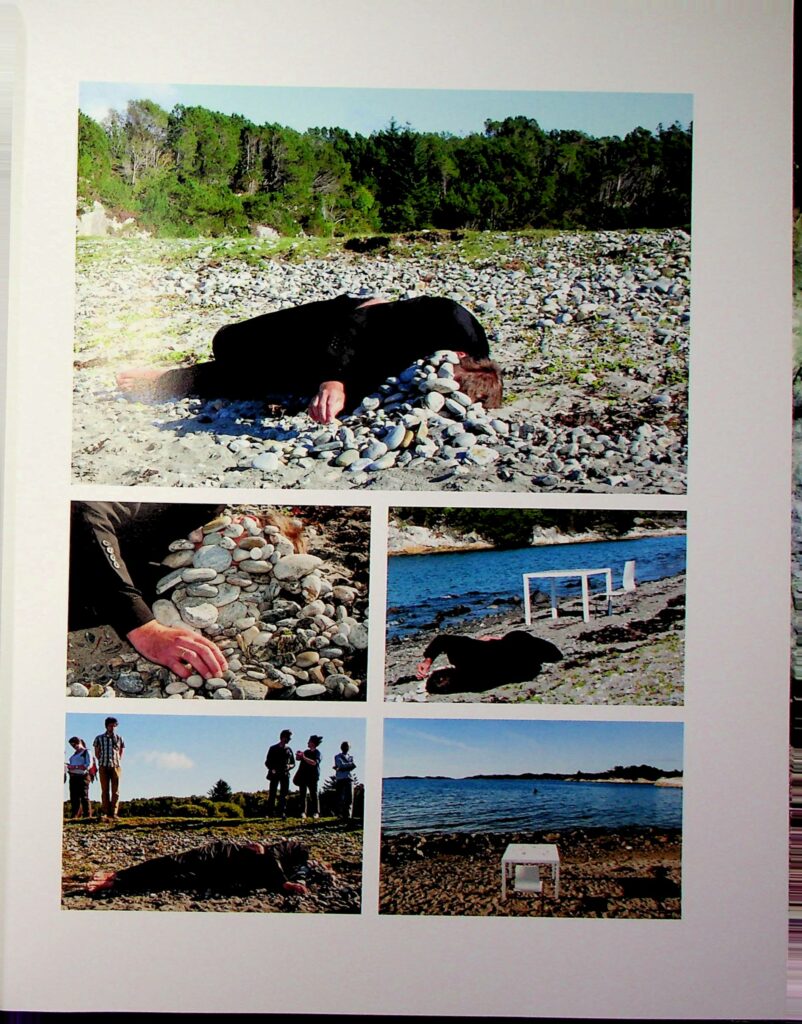 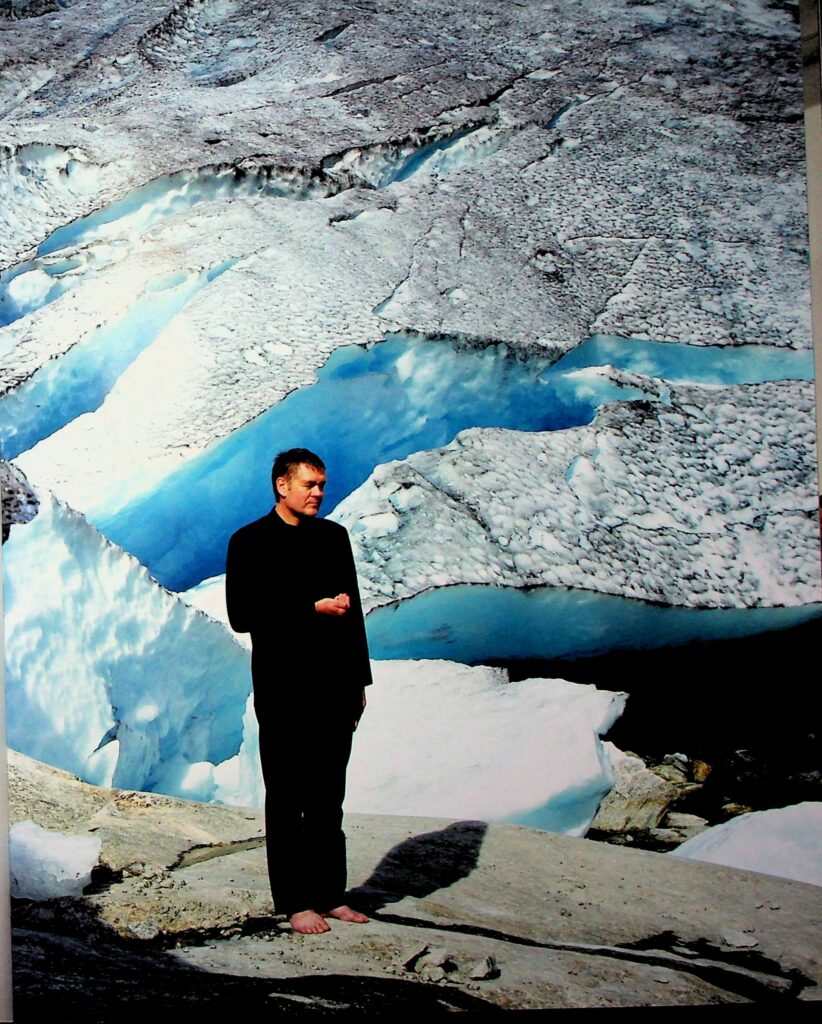