Morgan O’Hara (*1941 Los Angeles, lives and works in Venice) is a multifaceted artist represented in numerous collections worldwide. Her remarkable sensitivity to processes in time, the medium of drawing and to life in its indescribable abundance emerge in her extensive body of work. She herself describes it as “life-based conceptual art”. In Cologne, O’Hara will give insights into two series of works: “Live-Transmissions” (1989-ongoing) and the project “Handwriting the Constitution” (2016-ongoing). Both open up to performance art in their own way.

With her “Live Transmissions”, Morgan O’Hara found her graphic way of transmitting movements into lines, strokes or dots. Stenographs, graphite traces following a free yet systematic gesture, stream across the white sheet; as if the artist were, as Paul Virilio once wrote, “an antenna”. Observant, O’Hara goes to a place and receives the movements with two or more drawing pencils. Often the focus is on hands, such as those of Barack Obama, pasta manufacturers, Marina Abramović or the Dalai Lama. But also the flight of bees, the fight of seagulls over fish scraps or the movements of guests at a gallery dinner can enter live into the two-dimensional surface of the paper. “Time/place markers” – short descriptive texts naming people, situation and date – frame the movement recordings. In this way, the drawings obtained from concrete situations have one foot in the reference system of art, while the other makes them documents of the movements of our lives.

When, in the course of Donald Trump’s 2016 US election campaign, basic agreements that were thought to be secure began to falter, O’Hara devised a form of “activism for introverts” in the heated atmosphere. “Handwriting the Constitution” began. On the day of Trump’s inauguration, the artist went to the Public Library New York and handwrote down the US Constitution. “At the first session, I wrote alone for an hour, then two acquaintances came, and finally seven people I didn’t know yet. Soon we were all writing the Constitution together,” the artist reported in a 2018 interview. In the meantime, the action has been carried out over 150 times in Asia, Europe and the USA. In addition to national constitutions, it is often the “Universal Declaration of Human Rights” from 1948 to which people dedicate themselves in the collective writing process. Whether in the USA, in 2019 during the democracy movements in Hong Kong, in China or now, in times of war in Europe – O’Hara always knew how to bring her “social art project” as demonstrative silent resistance and collective self-assurance into uncertain presences. “Handwriting the Constitution’ is political, yes, it is introspective and yes, it is performative. All three. It is also a silent action that has the potential to be transformative,” says O’Hara. Transformative, silent without being silent, pure and alive – like Morgan O’Hara’s work as a unified whole.

MORGAN O’HARA: Video of Drawing in Progress (Still), Venezia Gabbiani 2017. Film by Candida Richardson. © C. Richardson & Morgan O’Hara. This drawing and video are in the permanent collection of the British Museum. 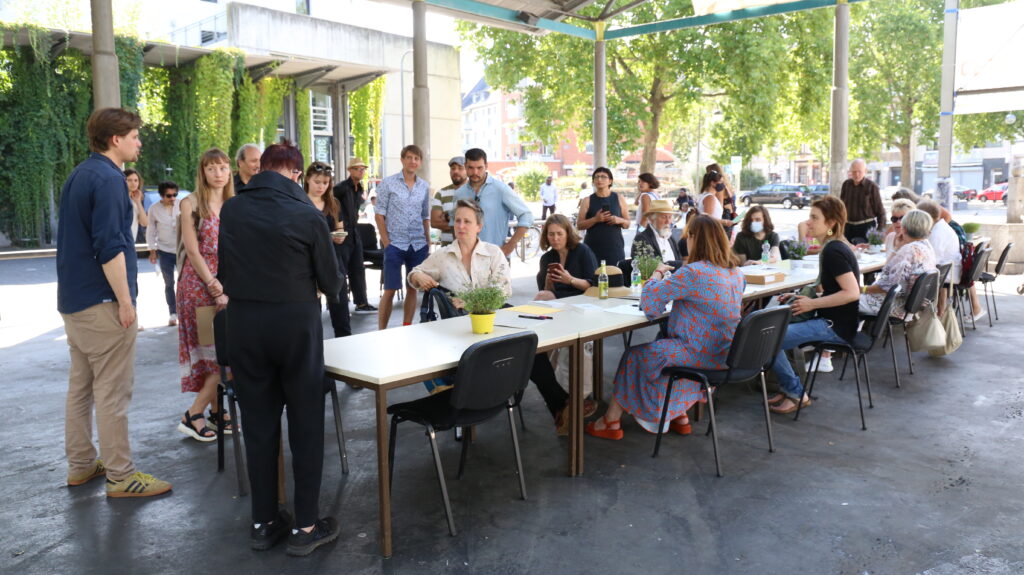 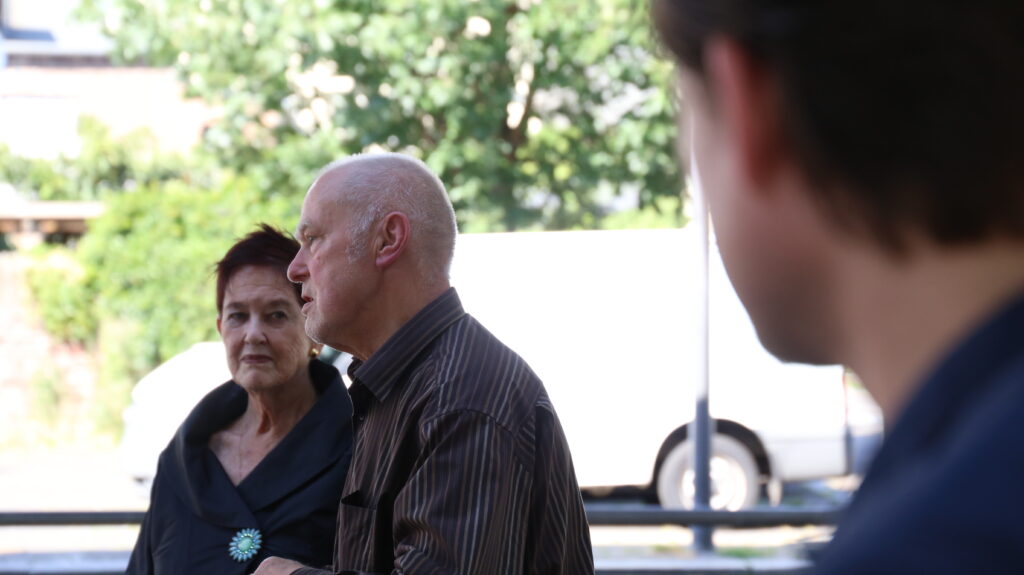 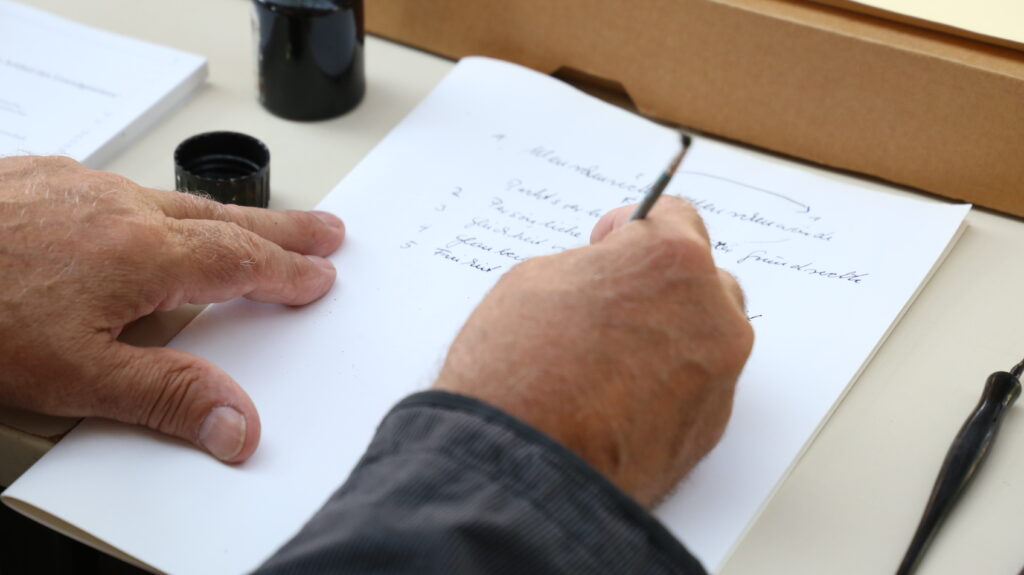 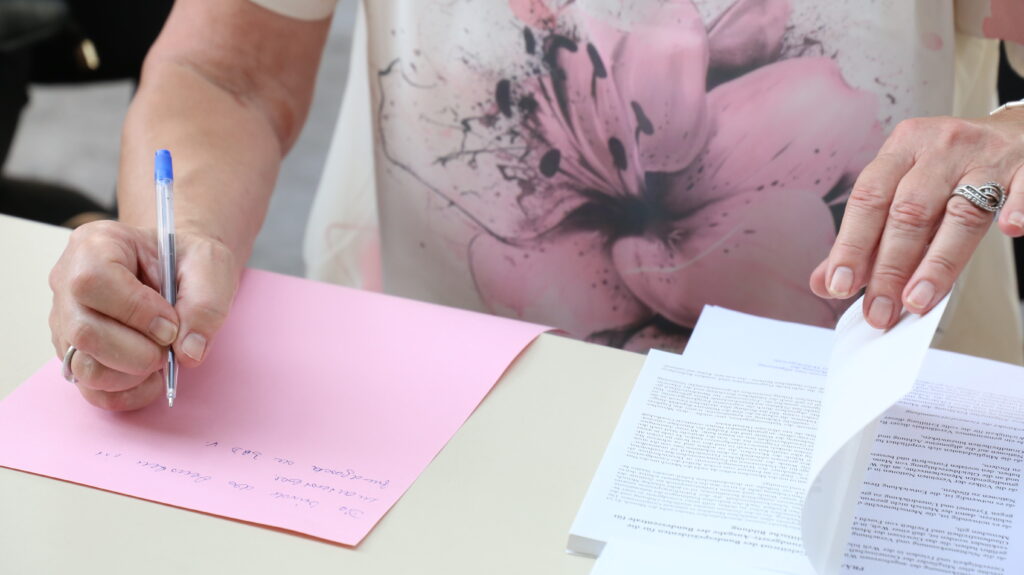 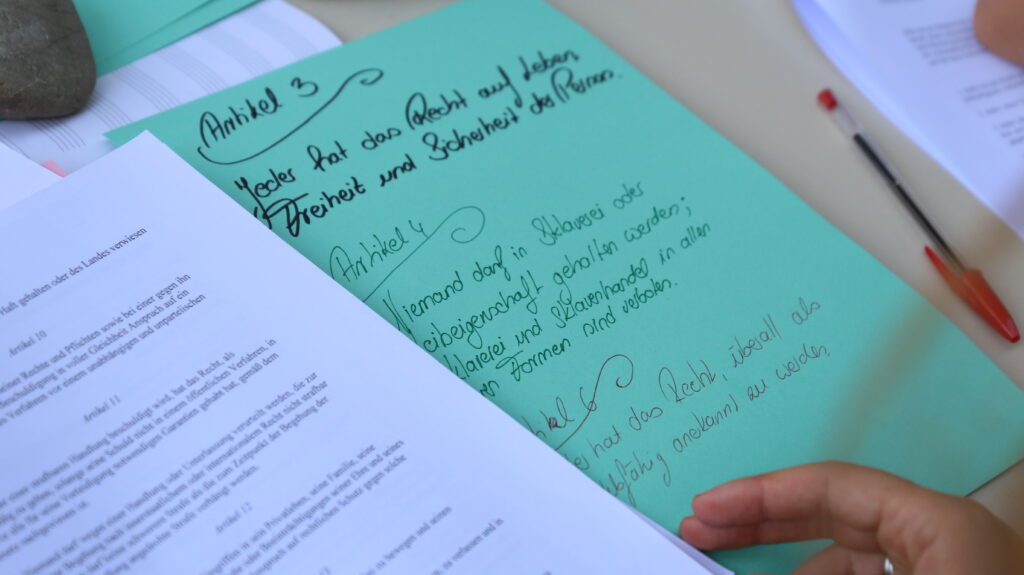 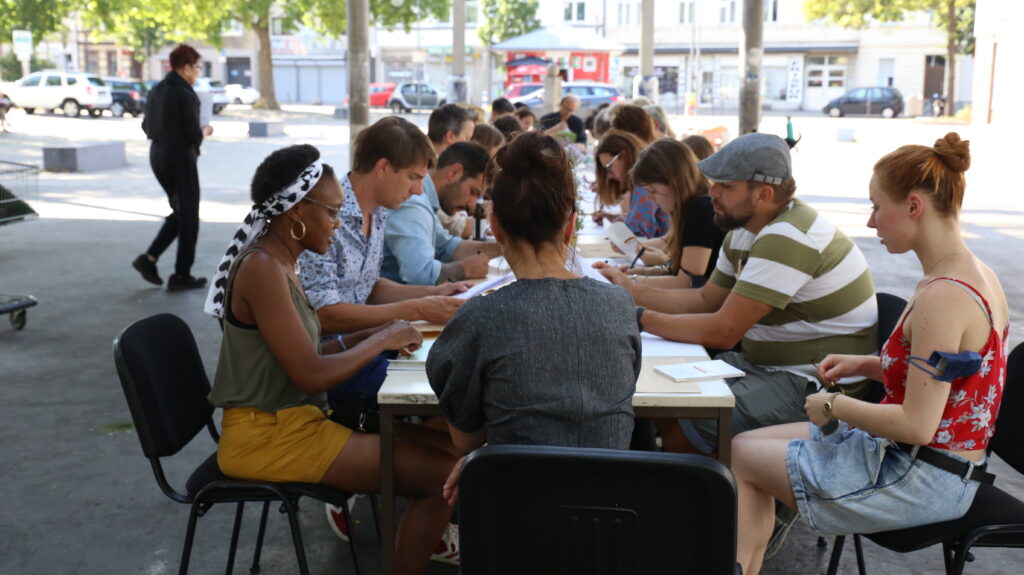 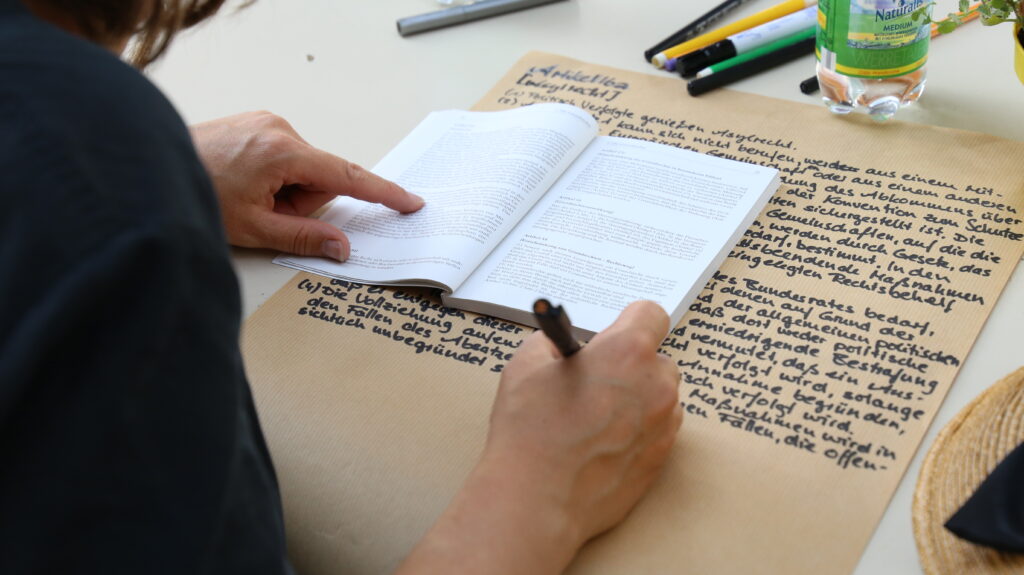 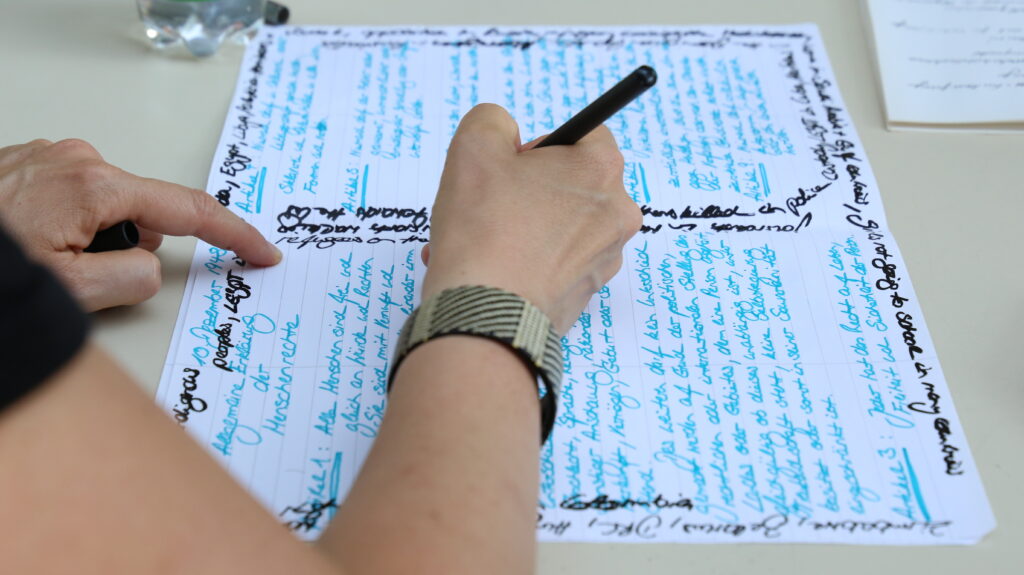 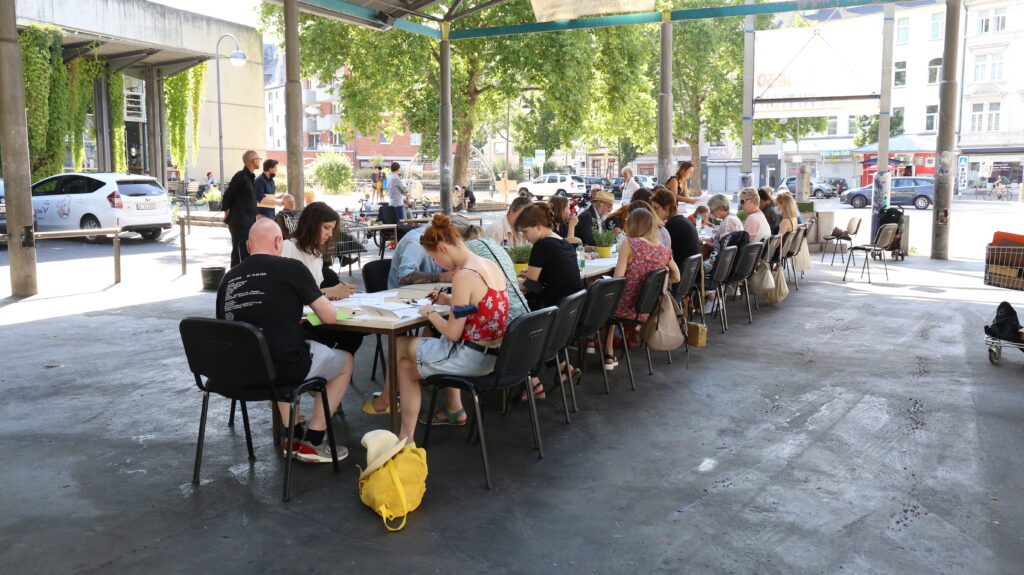 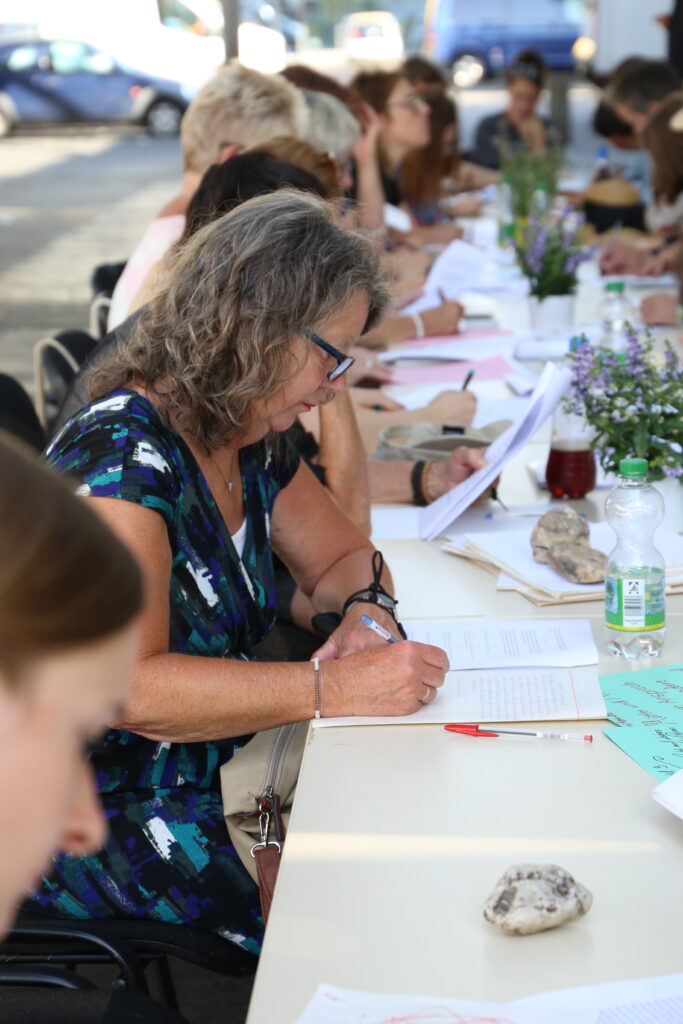 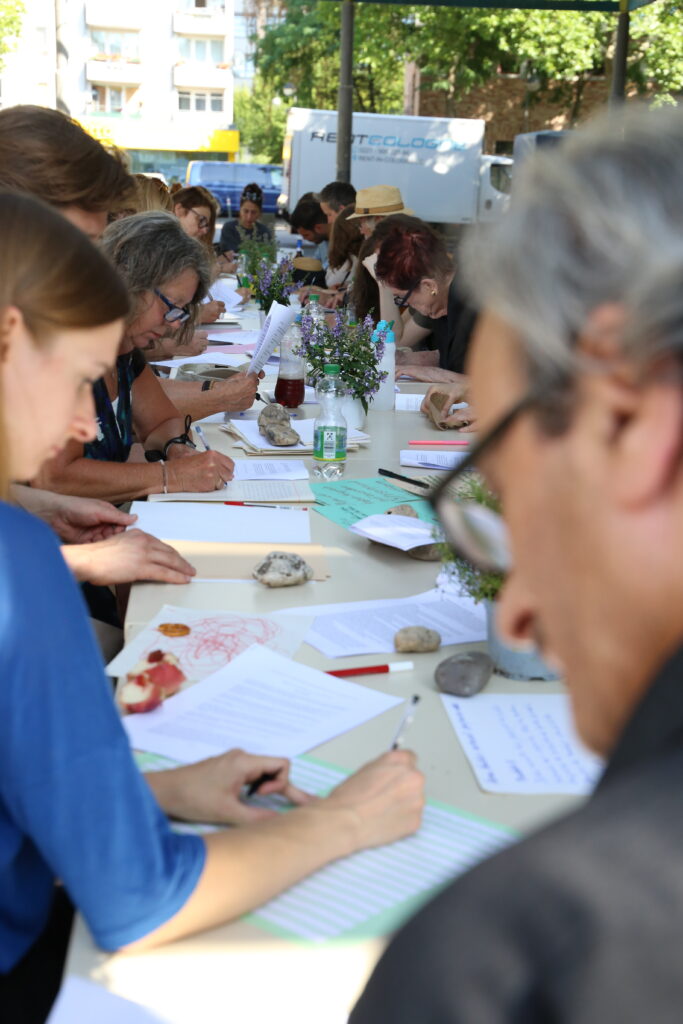 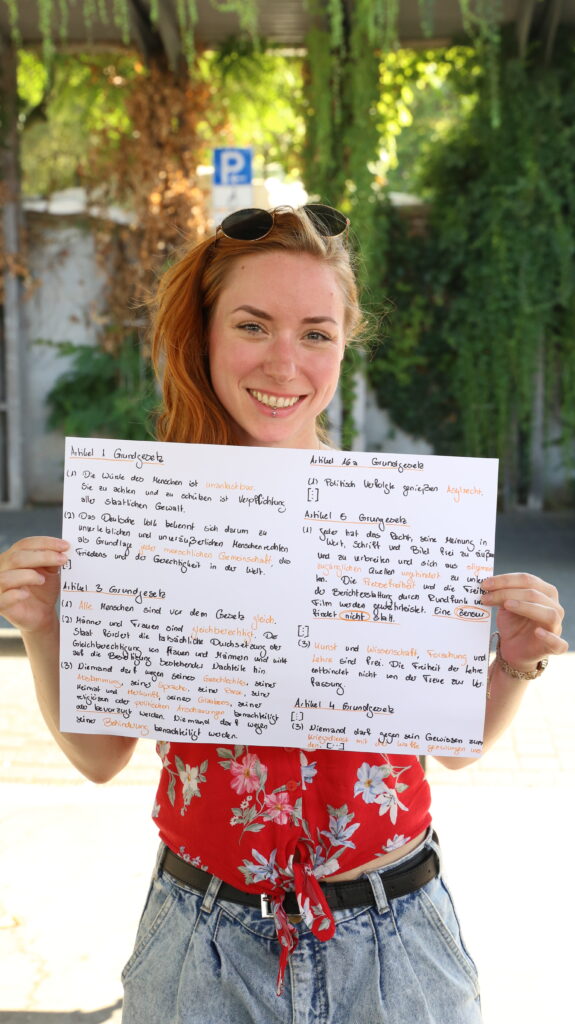 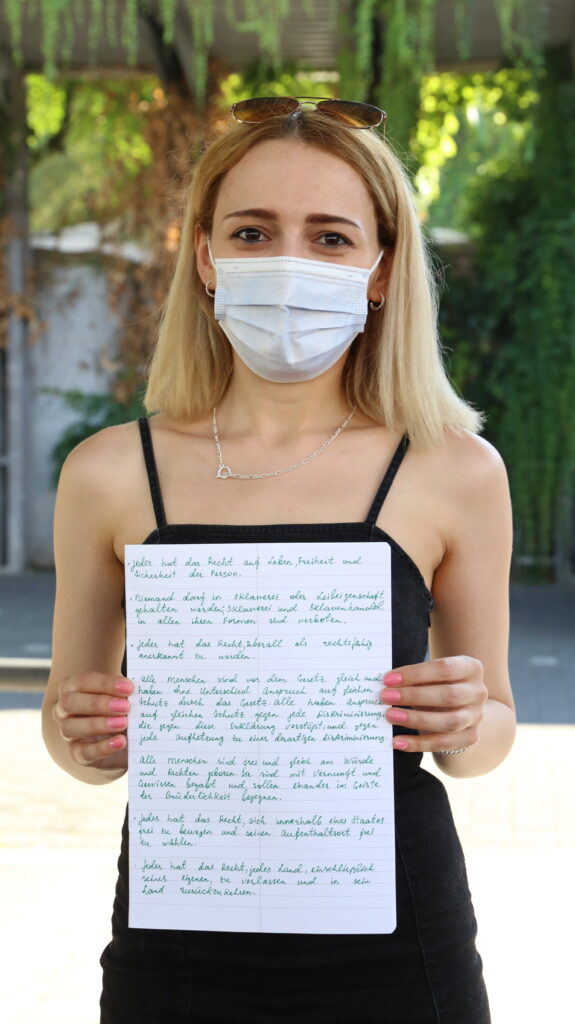 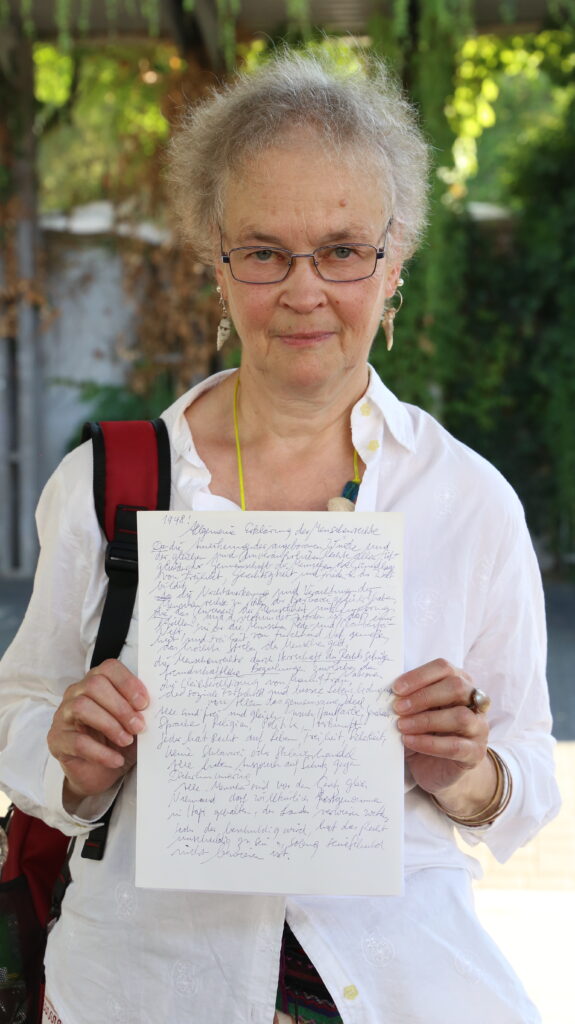 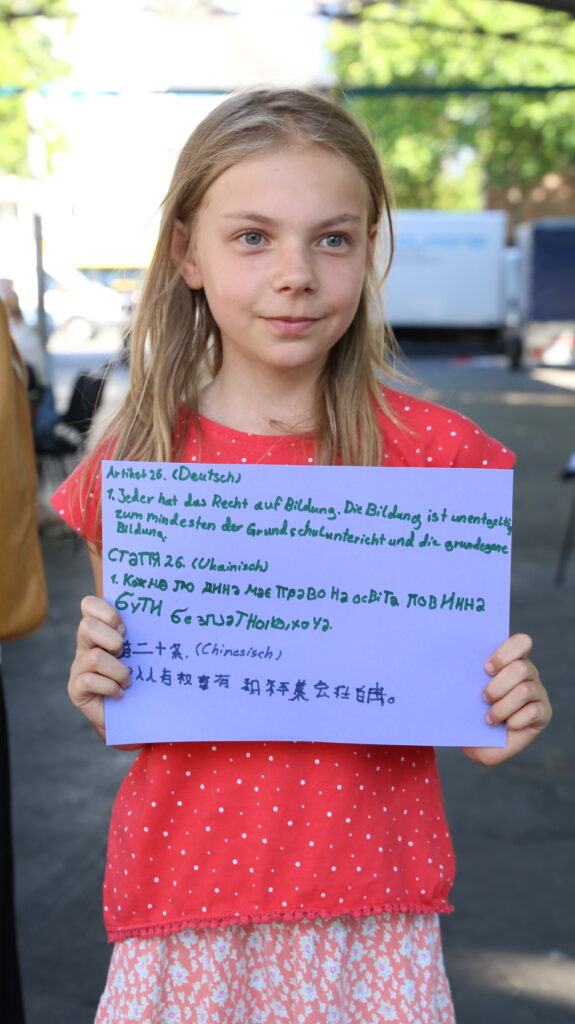 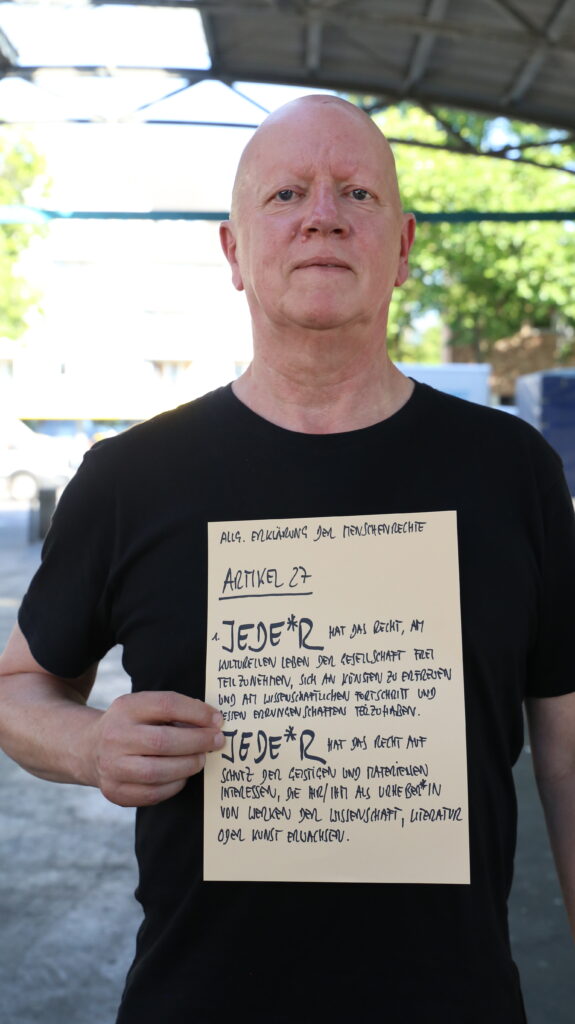 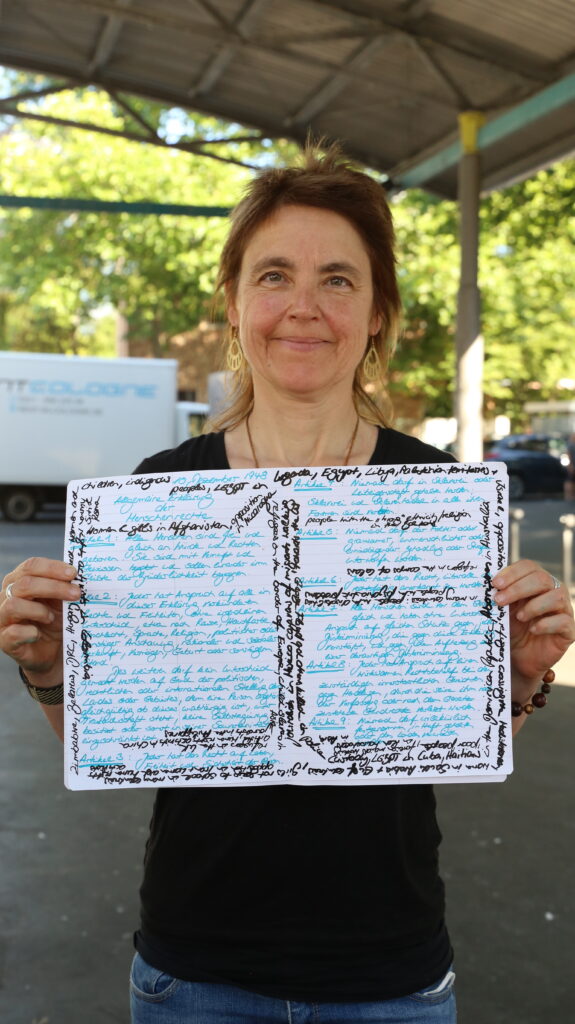 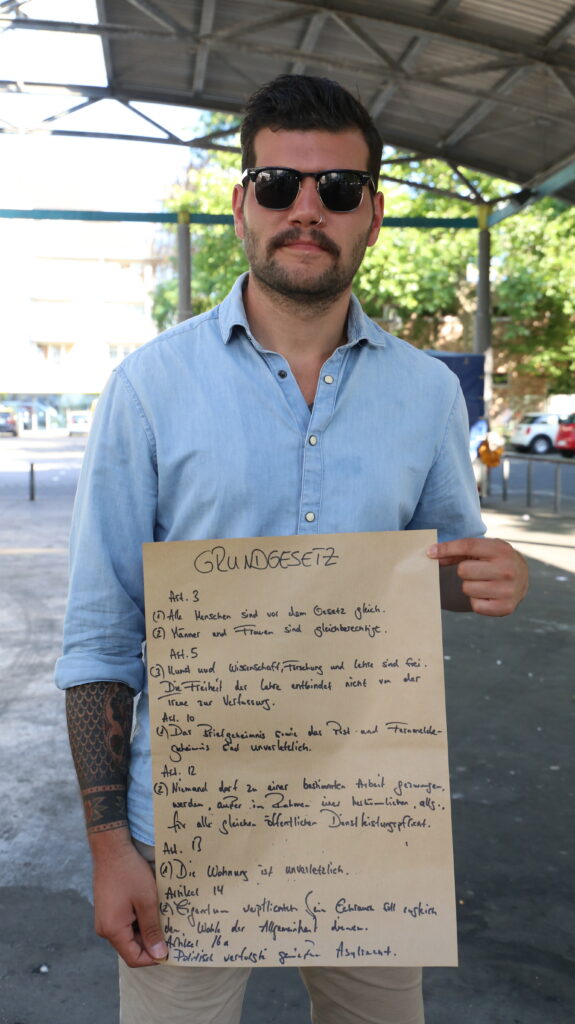 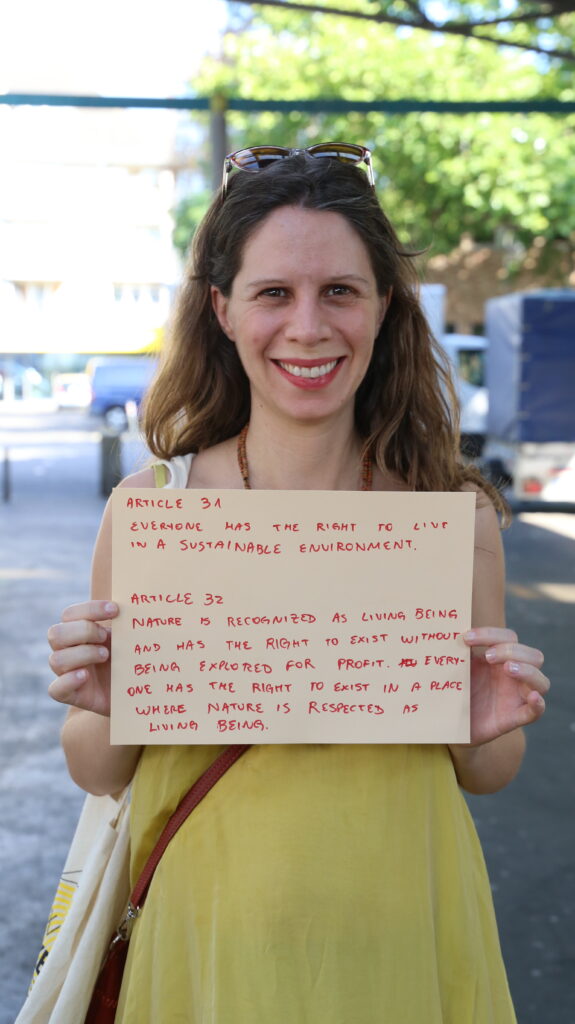 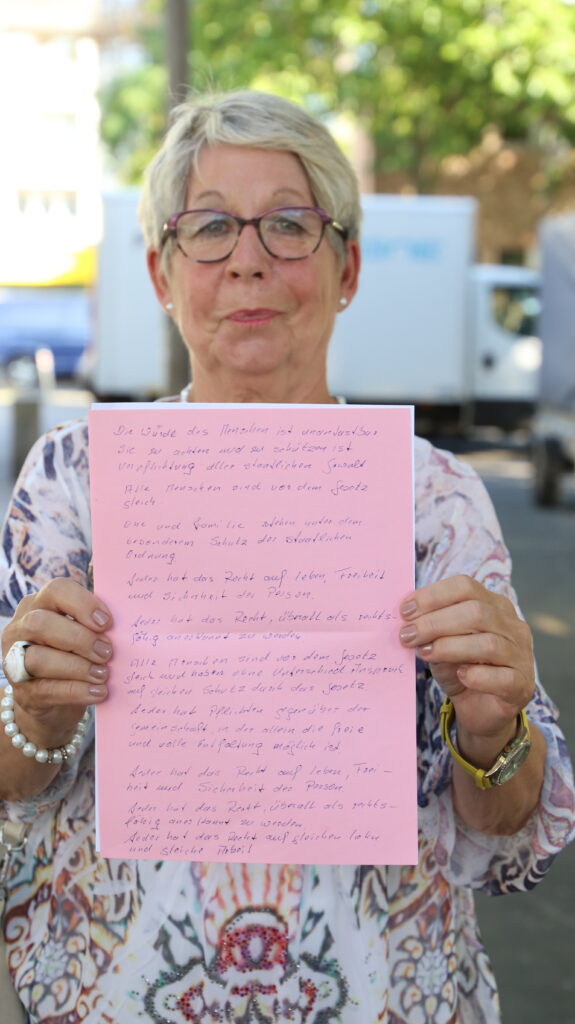 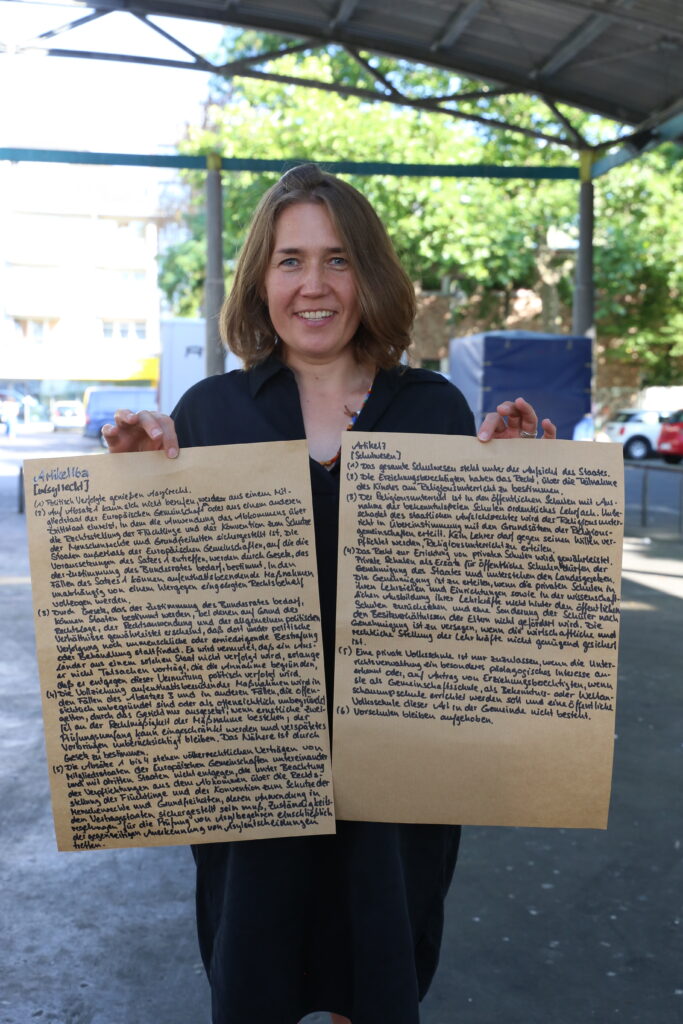 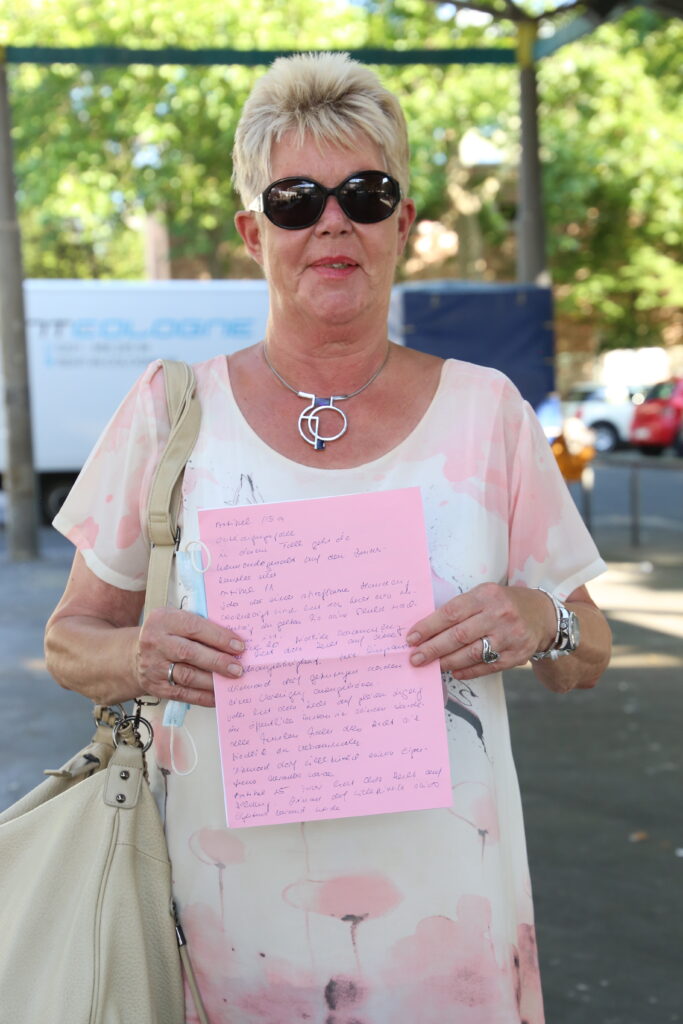 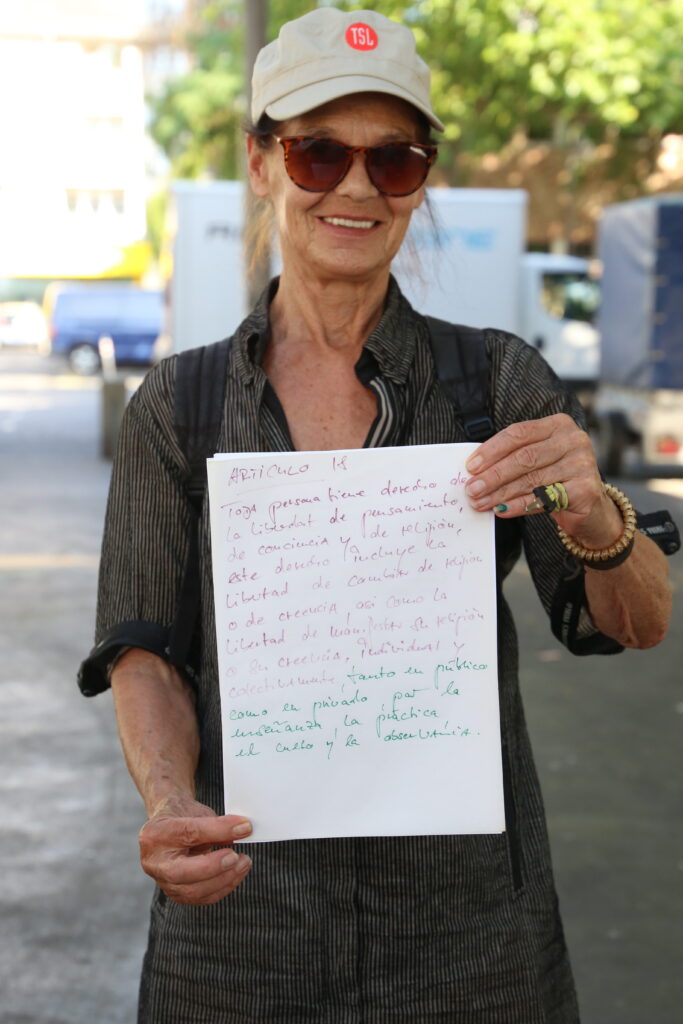 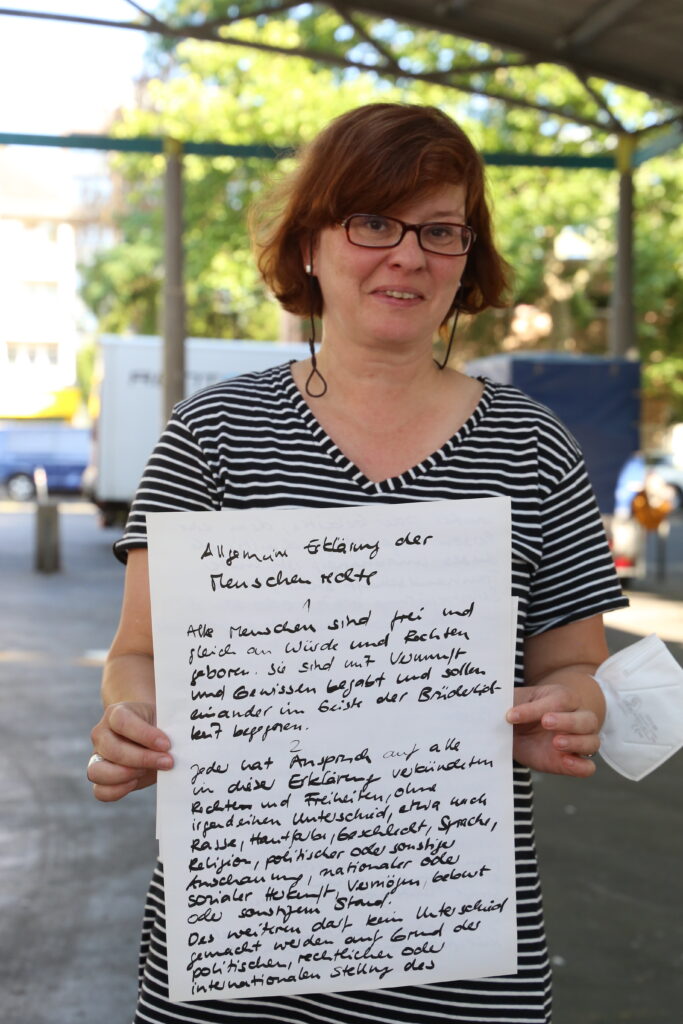 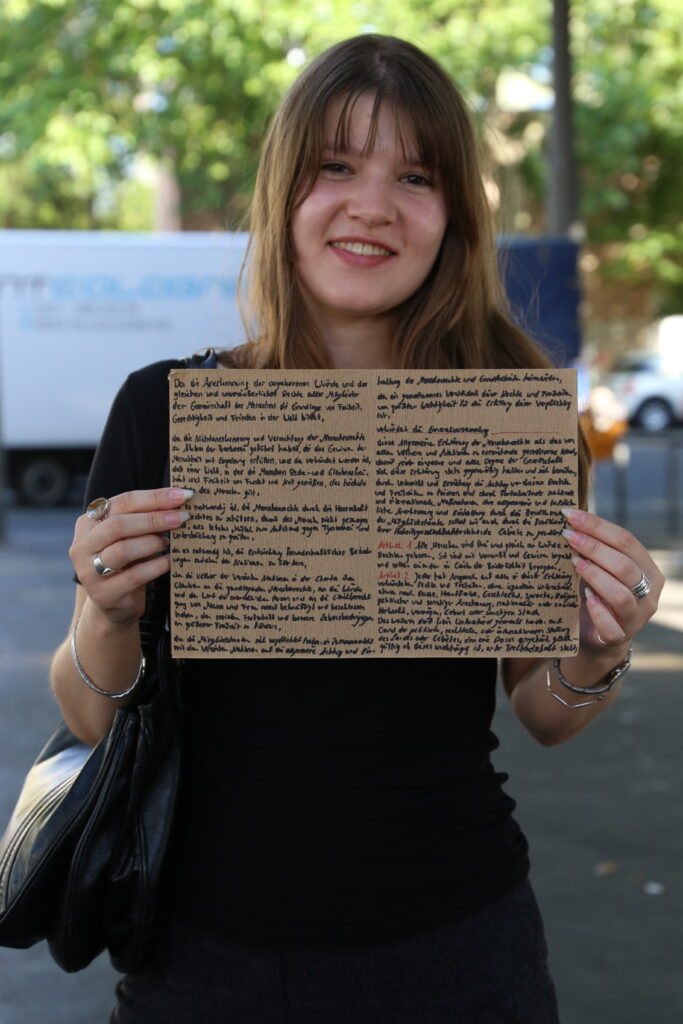 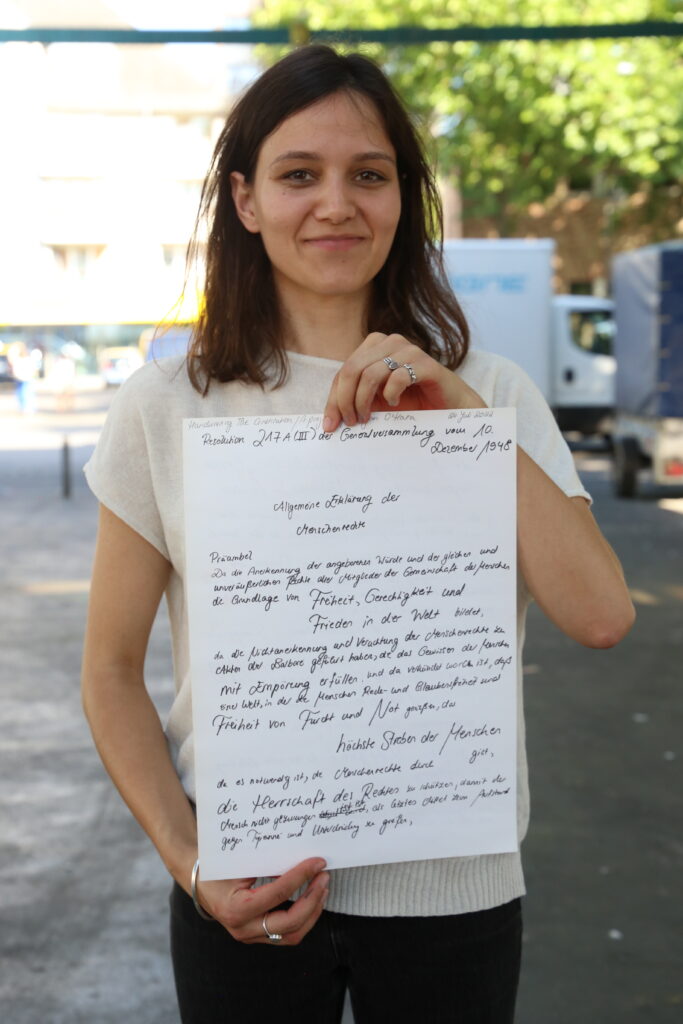 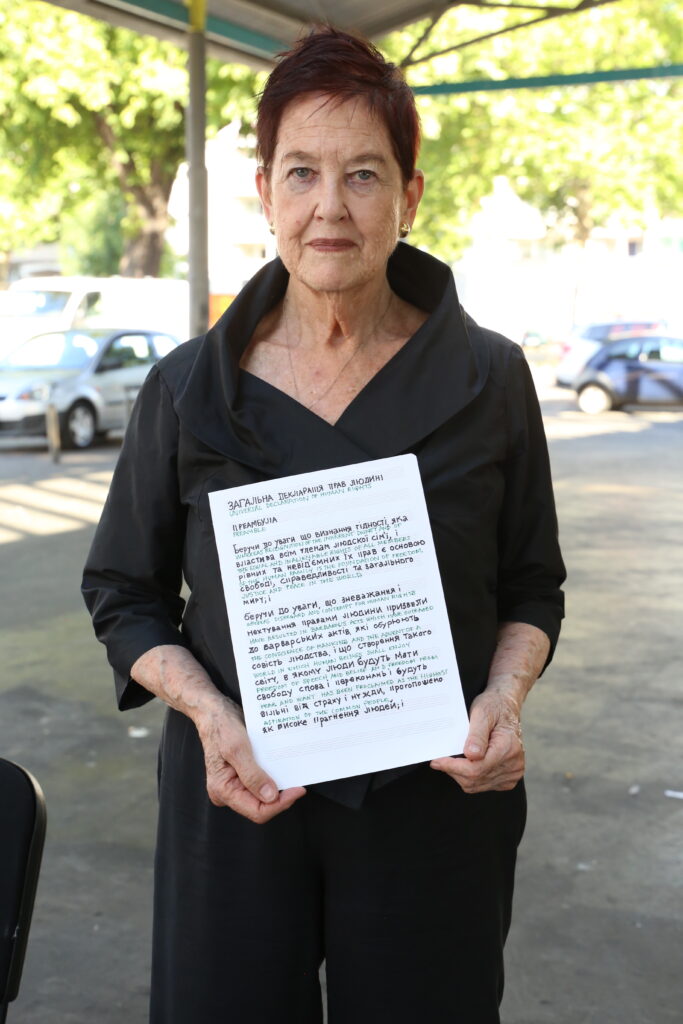 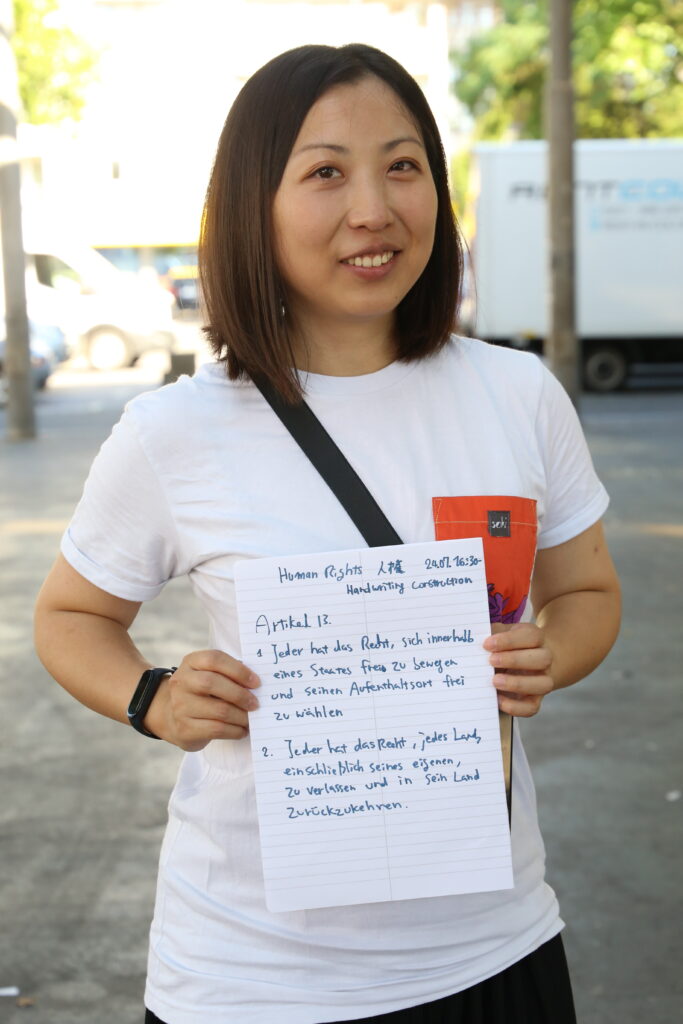 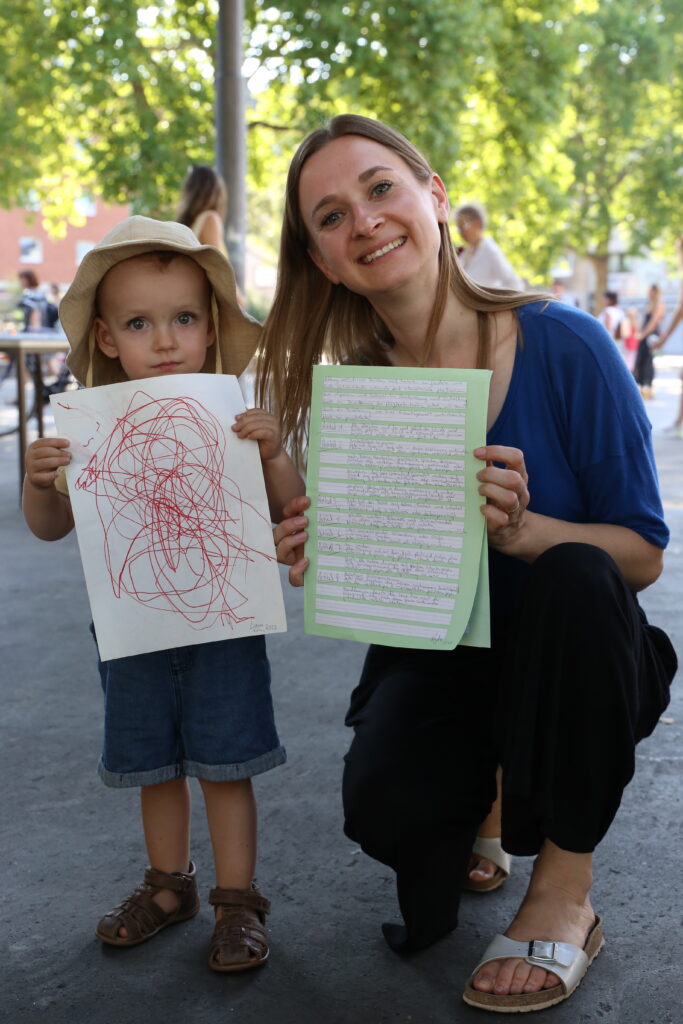