The North American artist Skip Arnold (*1957 Binghamton NY, USA) is known worldwide for his body art performances in the context of the avant-garde West Coast. This tradition also includes artists such as Chris Burden and Bob Flanagan. Since the 1980s, Arnold has used the body as a central material. In live performances, photographs, installations and videos, he creates situations in which one’s own fragility becomes visible and the associated discomfort tangible.

Squeezed between two boards, he helplessly exposed himself to the gaze of those present (Closet Corner, 1987), wrapped himself in transparent plastic film, lay or hang himself in the urban space and exhibited his body as a fetish object in a glass showcase (On Display, 1993/95). Arnold pointedly succeeds again and again in questioning the (im)mores of the art business with his bare body. For example, he had himself transported from Austria to Germany crammed into a crate as an “art transport”. At Art Basel 2002, he lay under a glass plate embedded in the floor in front of the entrance to the important art fair. The artist as archaeological relic and doormat at the same time? In 1997, his contribution to the Art Fair in LA was to shower publicly for eight hours on each of four days. Performance and person, life and art, the intimate and the public collapse into one another. By exposing himself naked, however, Arnold is always concerned with more than the role of the artist. The human being as such comes into view in his very existence. Arnold’s body works tell of human vulnerability, of humour and ultimately of the borderline of becoming a brand or even an object in the media or in public (Hood Ornament, 1992).

SKIP ARNOLD: Shoot Me, September 8, 1990, “An all day activity in which I walked through and visited most of the major Los Angeles areas, i.e. South Central, Echo Park, Venice, Downtown, etc. Mode of Intent: to see if anyone would shoot me.” © Skip Arnold 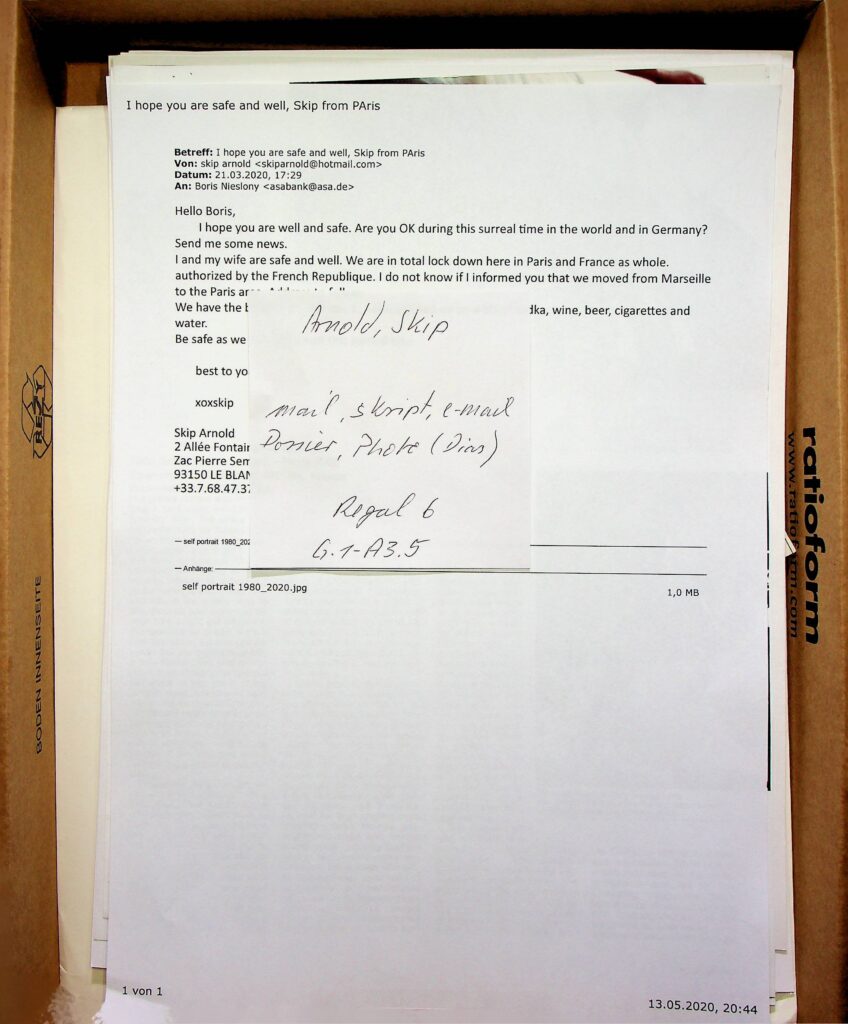 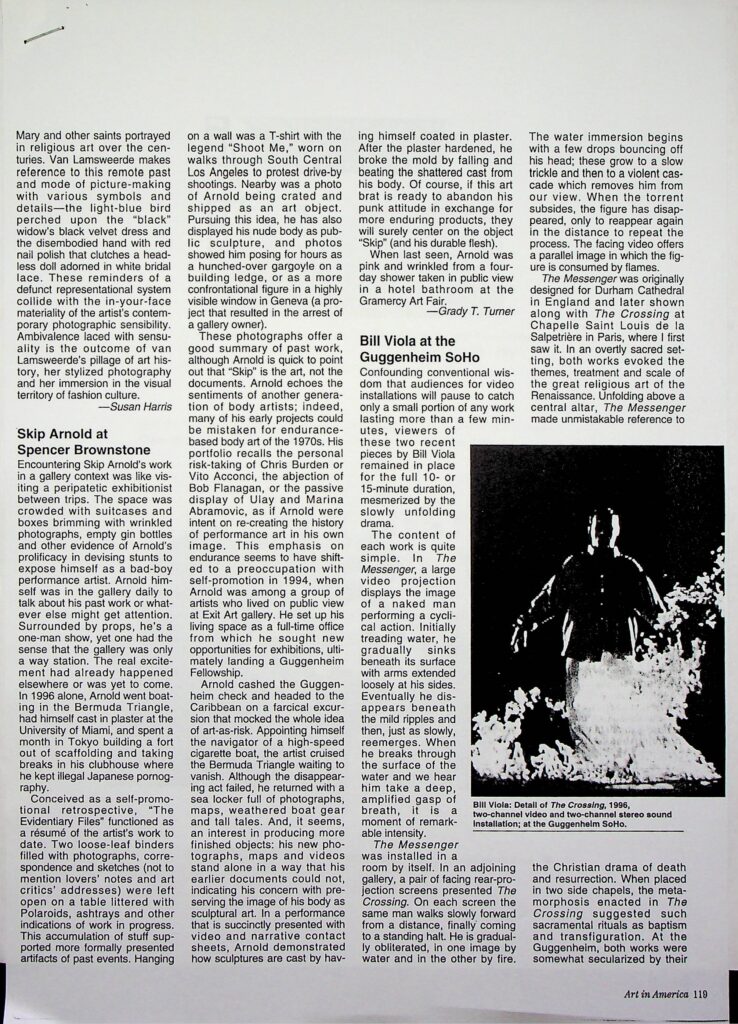 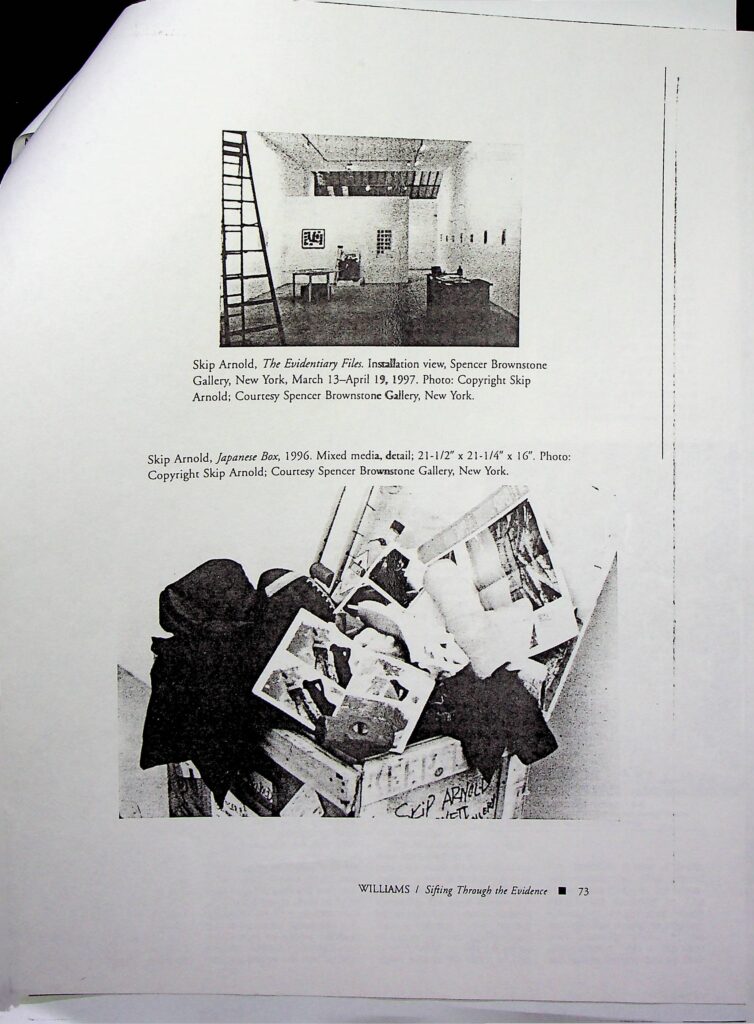 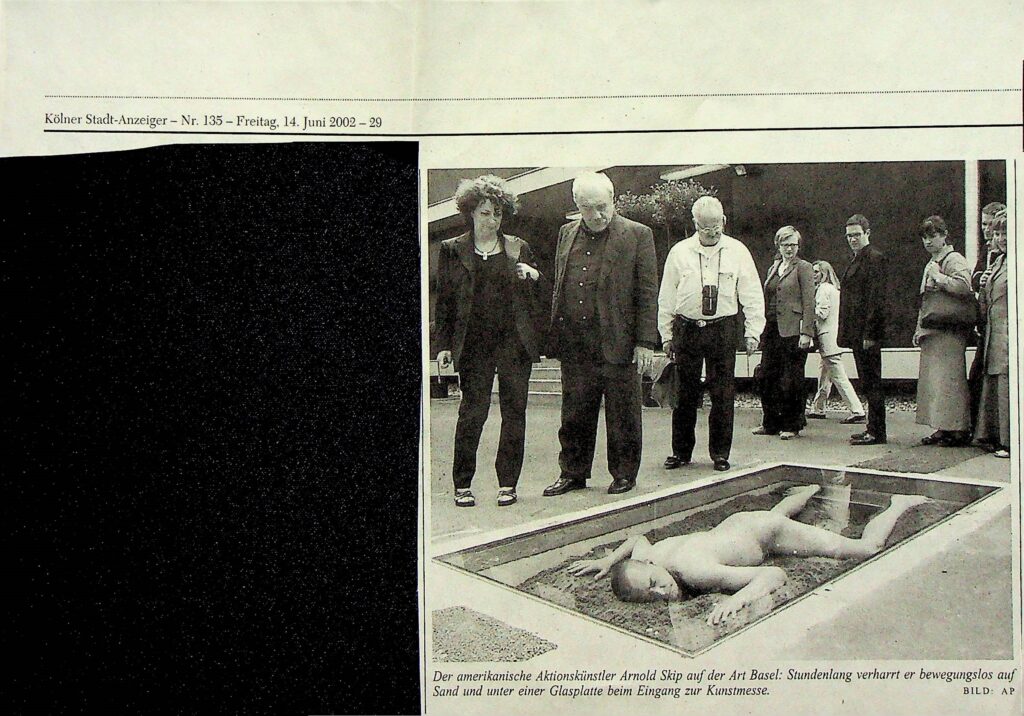 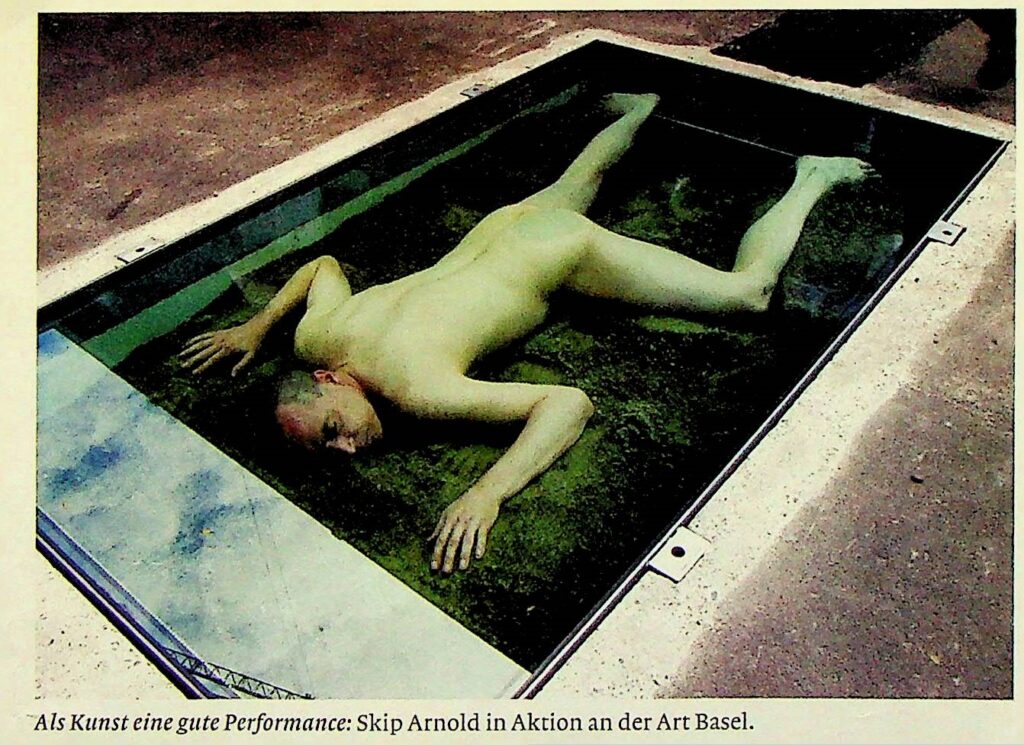 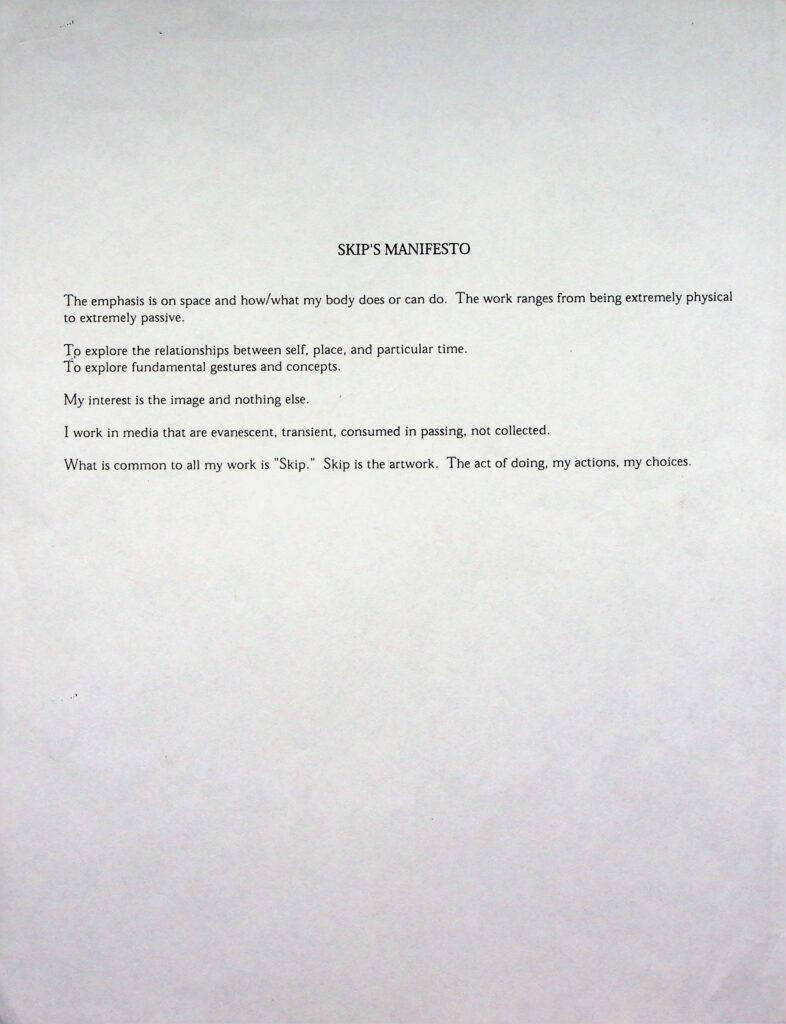 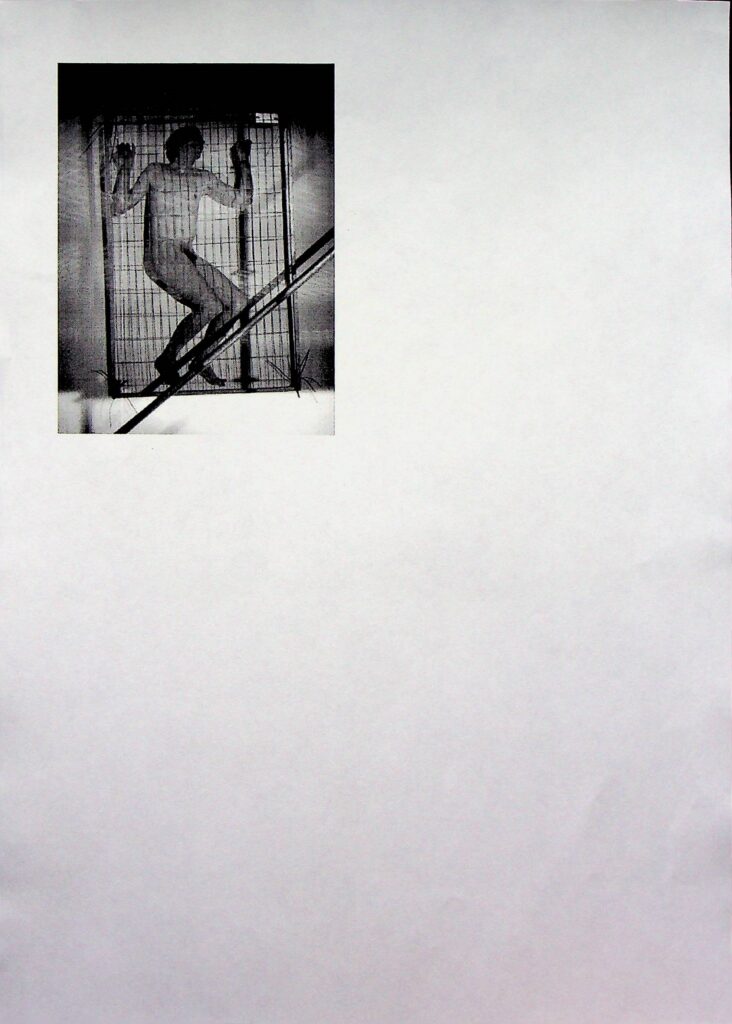 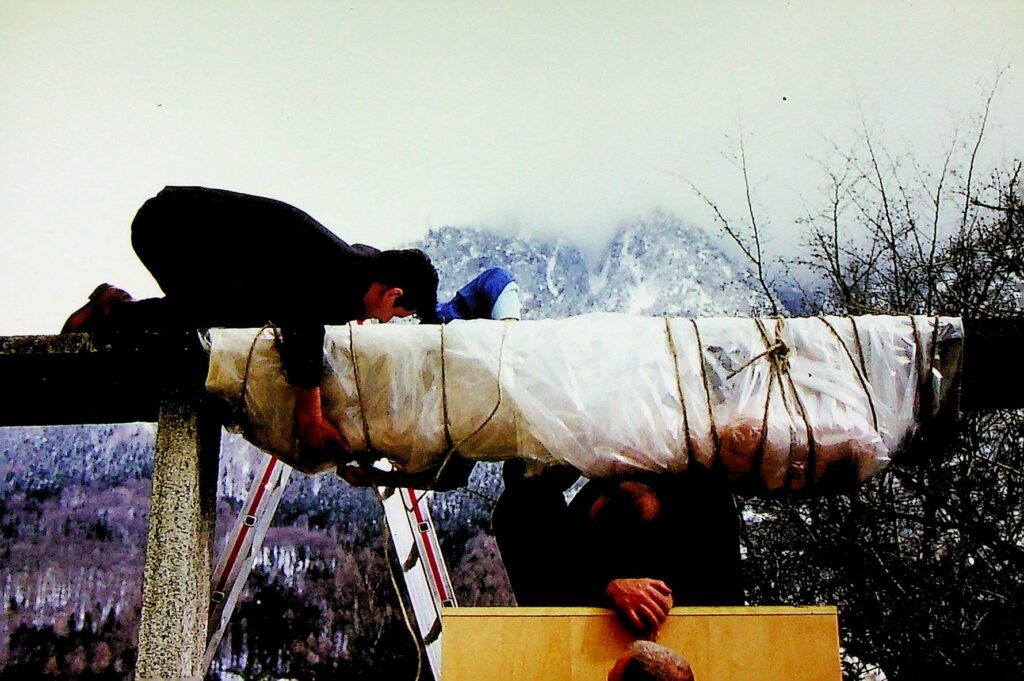 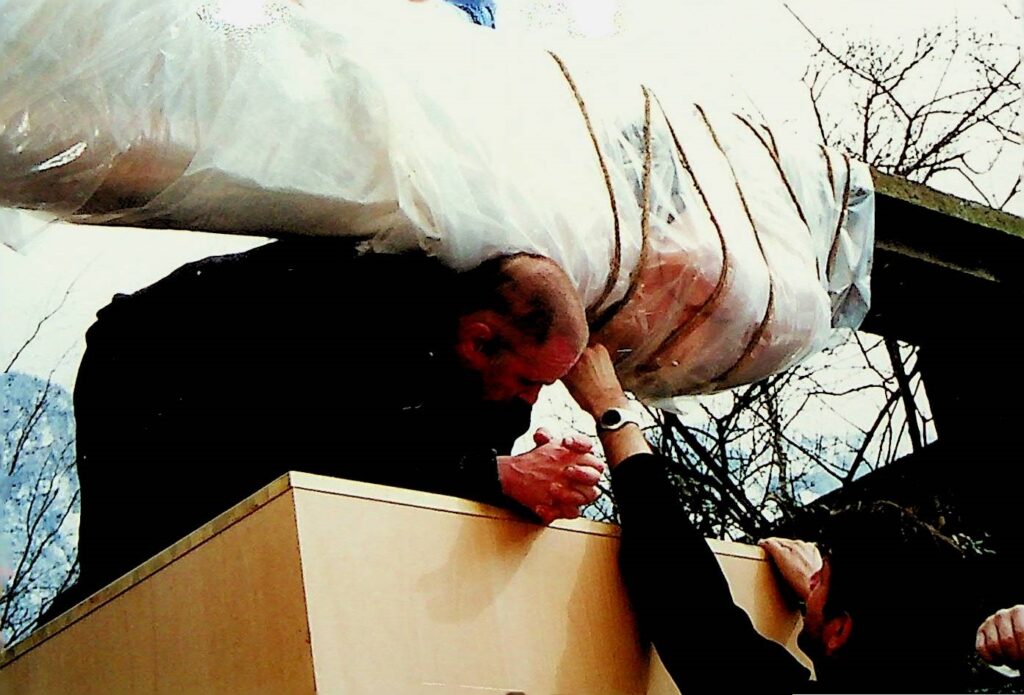 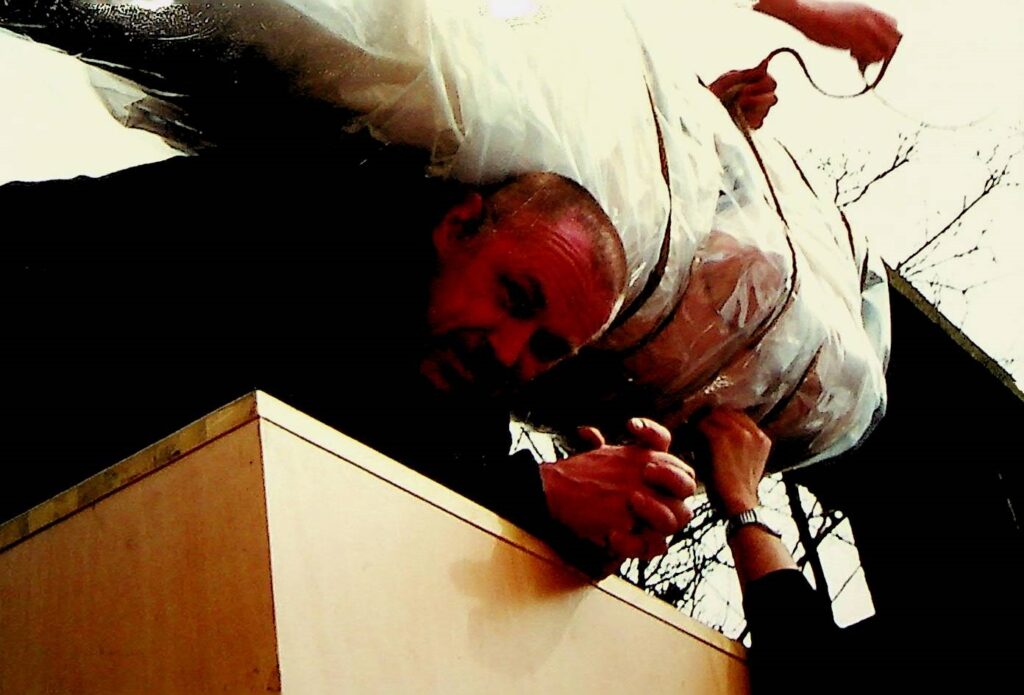 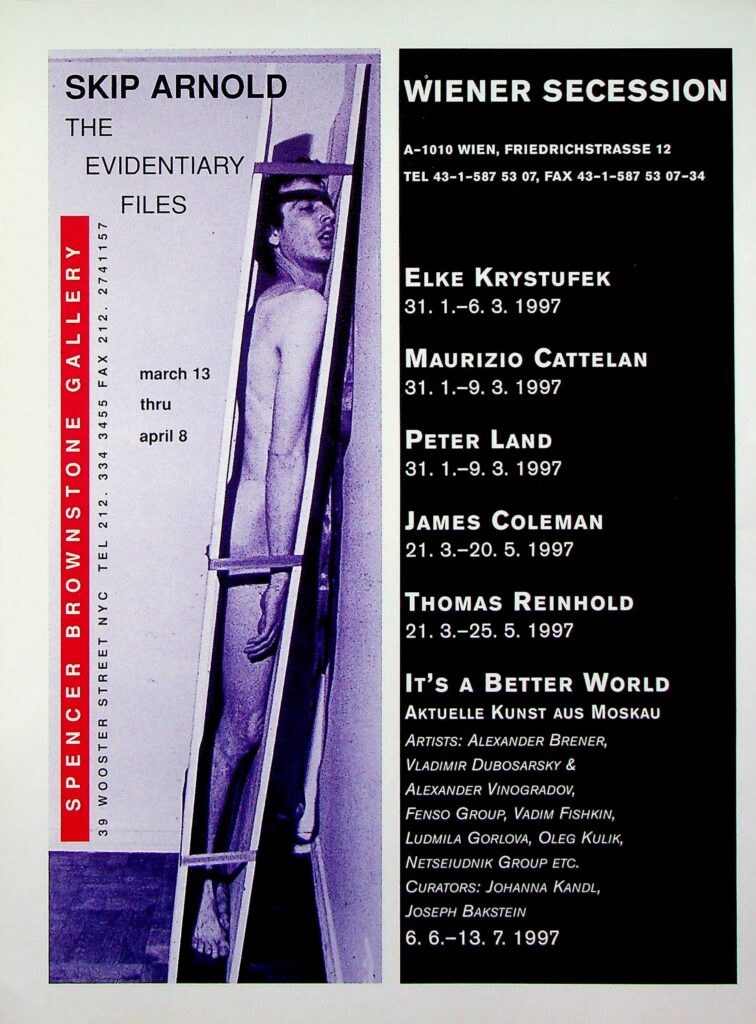 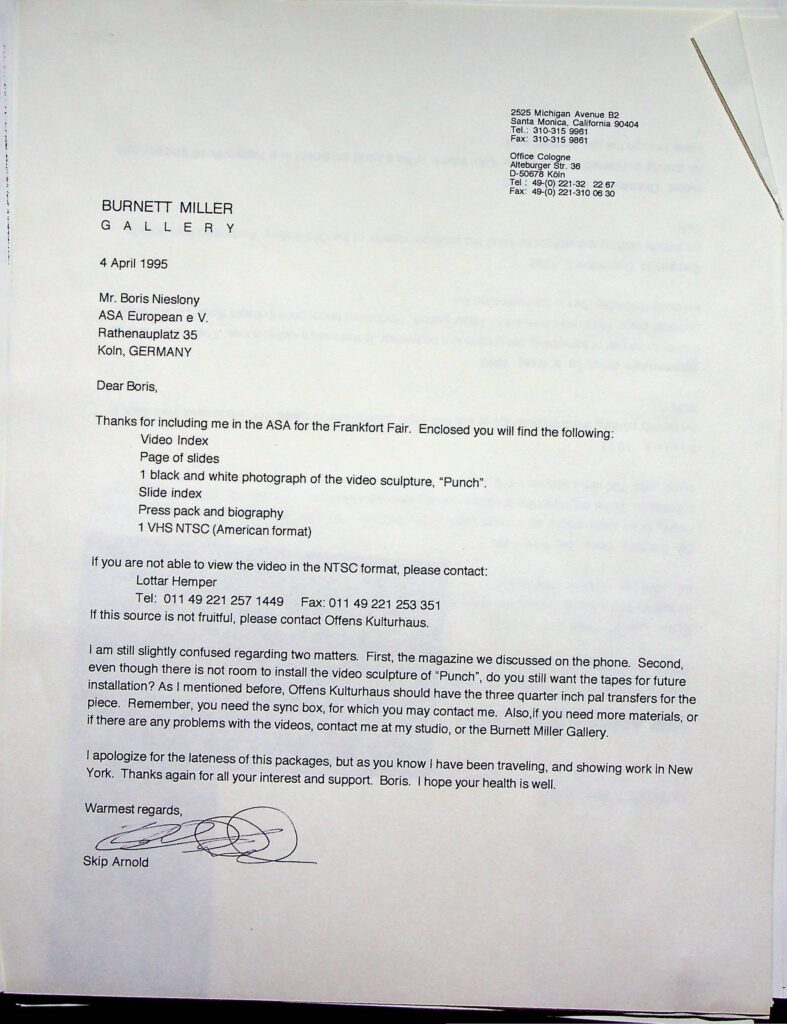 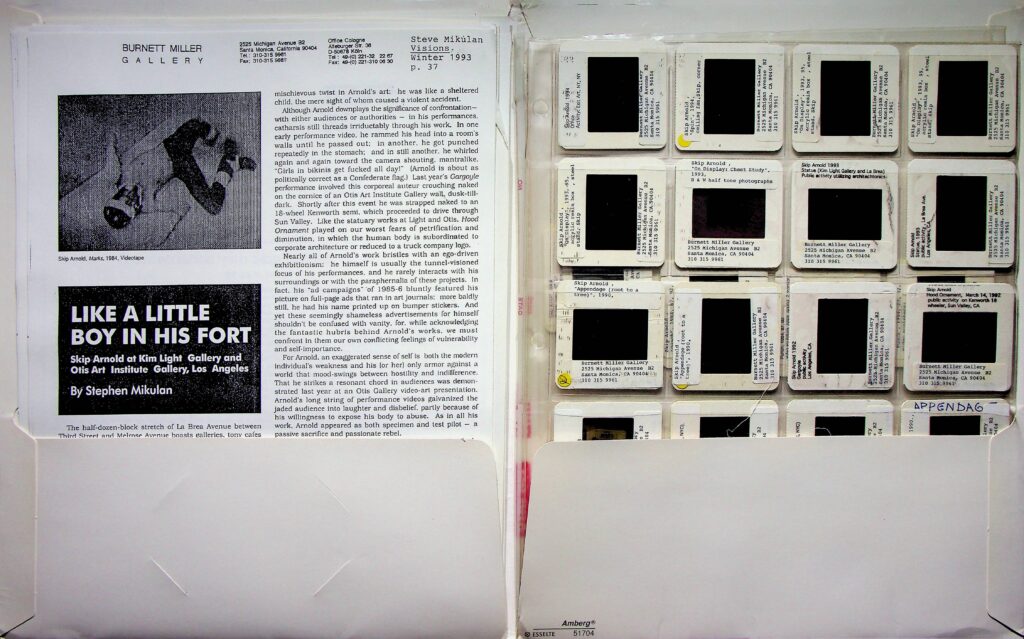 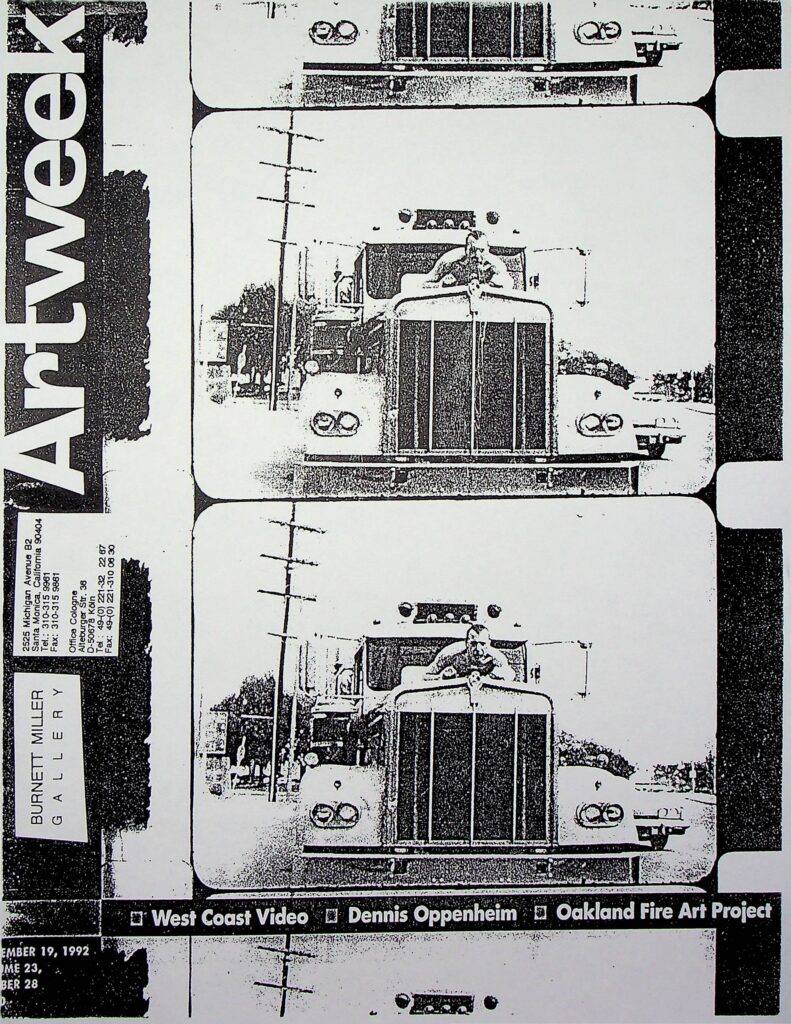 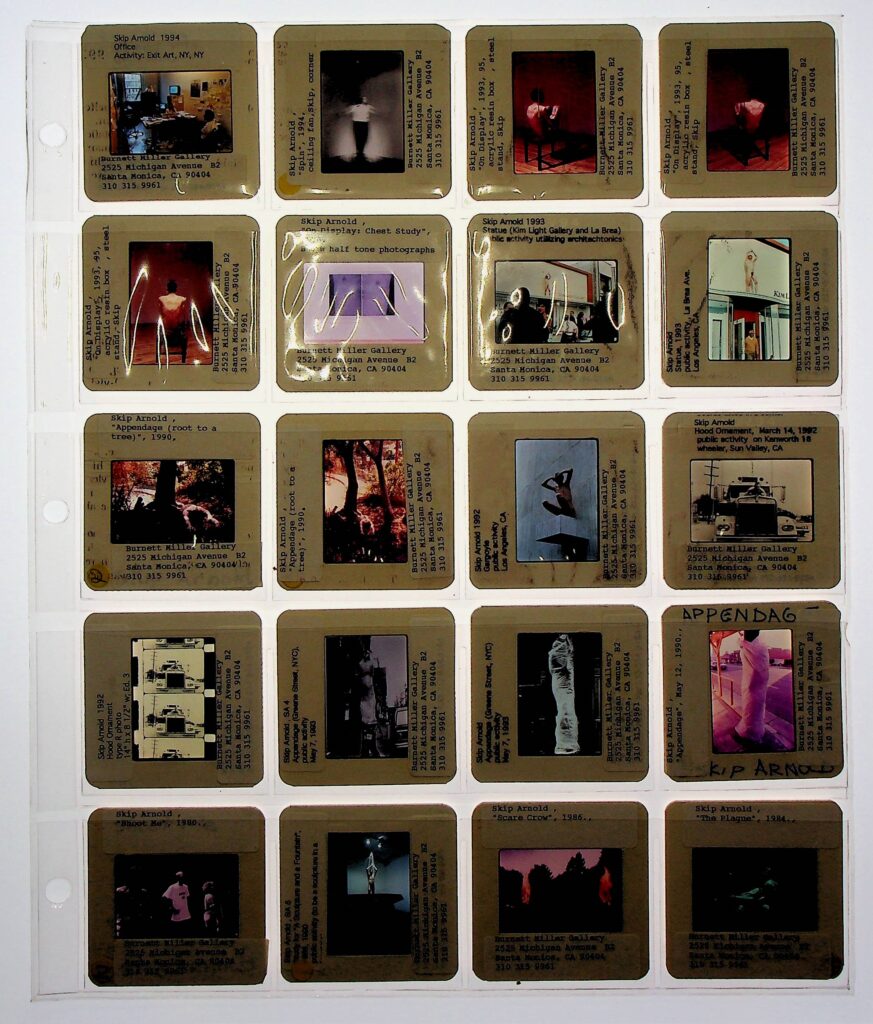 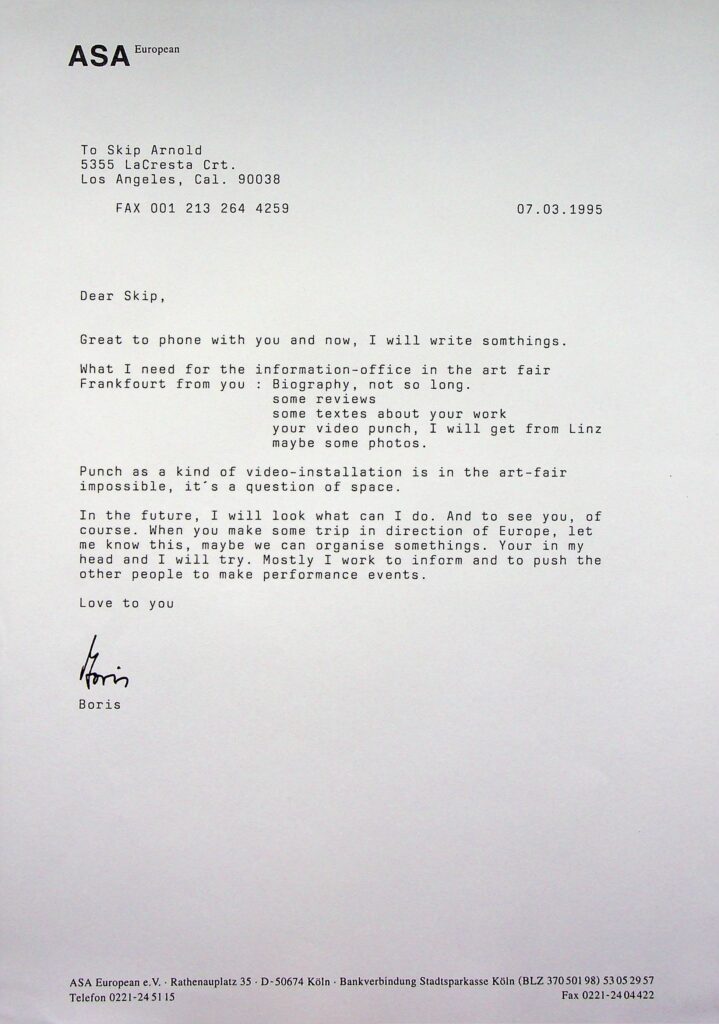 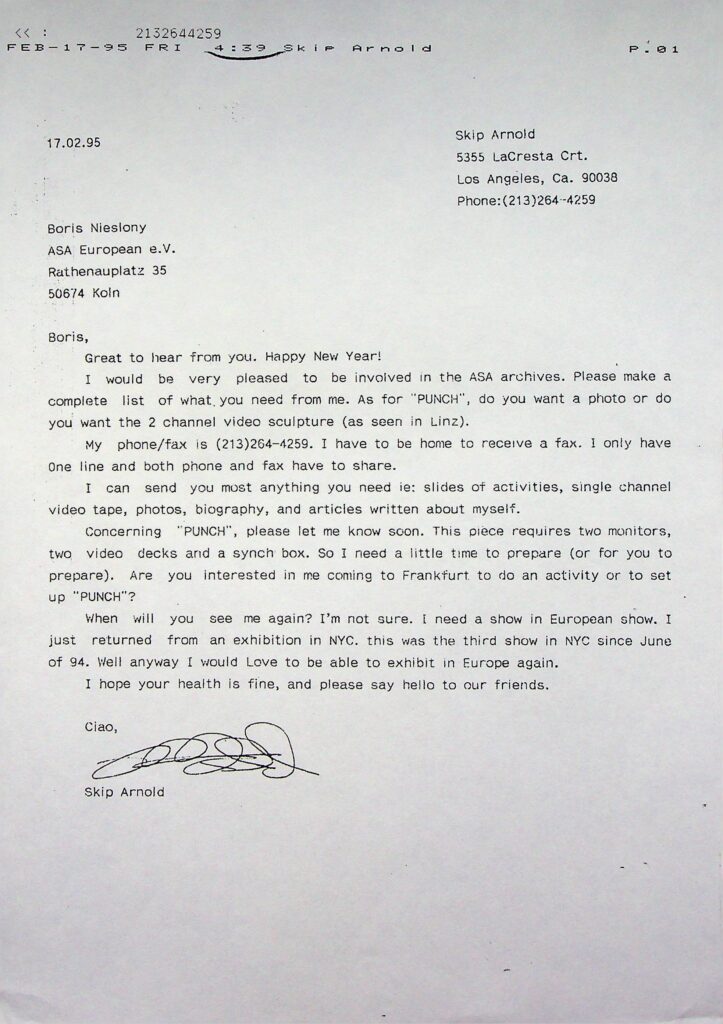